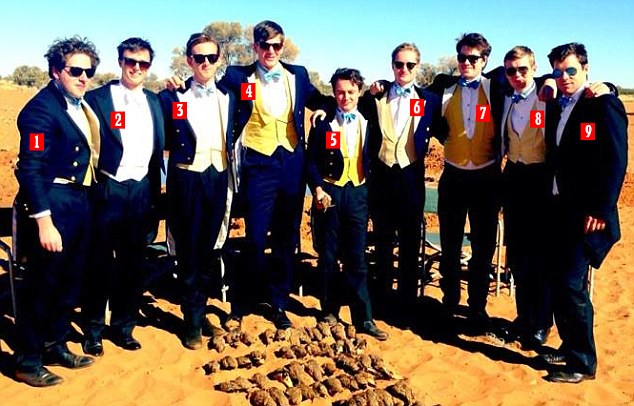 The photos – published by the Daily Mail – show a group including several members of last year’s (2011/2012) Bullingdon Club flying by private jet to a hunting expedition.

The identities of eight of the nine men pictured are:

The ninth man cannot be identified and may not be a member of the club.

Alick Dru, now a 3rd year at St Benet’s Hall, is the only remaining member of the club who is still at the University, with the other seven having left the institution. A new class of 2012/2013, not pictured in this photo, have replaced them in the club.

Posing in their £3,500 uniform of navy tailcoats, golden waistcoats and silk blue bow ties, the Bullingdon club of 2011 are a picture of privilege. 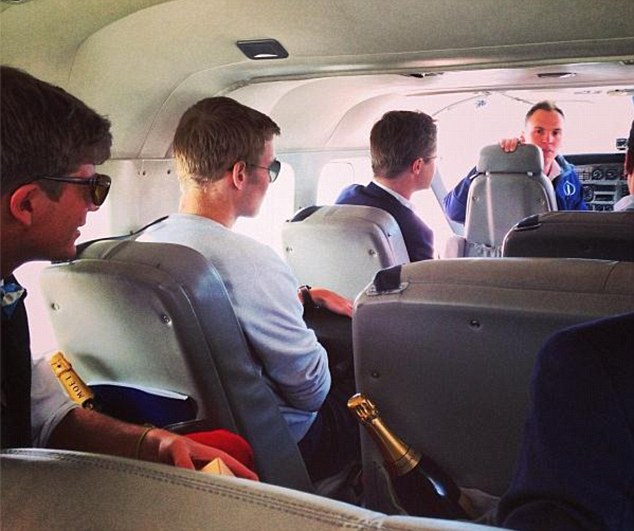 Their private jet came with a personal bottle of Moet champagne in each seat.

The infamous drinking club, whose alumni include Prime Minister David Cameron, Boris Johnson and George Osborne, was thought by many to be extinct.

Historically accused of smashing up restaurants and paying for the damage later, the Buller is seen as a throwback to the days of a World dominated by wealth, birth-given privilege and masculinity. 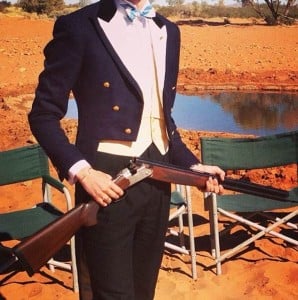 A buller and his weapon

Far from disappearing as Britain has progressed, these pictures demonstrate the club continues to thrive, perpetuating all of the worst stereotypes about Oxford.

The club has been banned in Oxford since 1927, when a member broke every single window in a college quad.

Perhaps worse, the presence of the son of Tory party treasurer Michael Farmer (George, no.8 in this picture) shows how closely linked the club still is to the corridors of power.

Boris Johnson referred to his time in the club as “This [The Bullingdon] is a truly shameful vignette of almost superhuman undergraduate arrogance, toffishness and twittishness,” of which the result was a “deep, deep self-loathing.”

Got a story, photo or anything else you think newsworthy? Share it with us by emailing [email protected]