Climax promotions are facing extinction after joking about rape on one of their posters. They blame Cardiff Met SU for ignoring their warnings…

A students promotion company is under fire after designing a “disgusting” poster which glamourises rape.

The vile image – designed by Climax promotions and published by Cardiff Met Students’ Union – carried the message: “I was raping a woman last night and she cried, ‘Please, think of my children.’ Kinky bitch.”

After the uproar, Cardiff Met Students’ Union dropped Climax, blaming them for the use of the “appalling” joke. 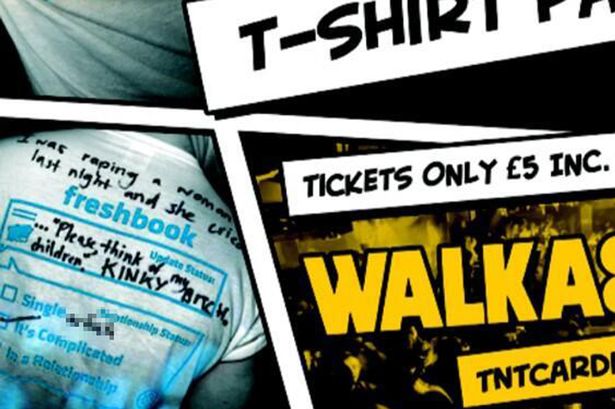 Now, Climax’s club partners are turning their backs on Climax. Glam nightclub has already severed ties with the firm, and Walkabout – who branded the poster “appalling and disgusting” – warned they may drop them.

A spokesman for Walkabout said: “We cannot understand how the Student’s Union or Climax allowed this to happen. As a result we are going to carry out our own investigation into both Climax and the Student’s Union, and will then review whether to continue working with them.”

The night, TNT Freshbook Thursdays at Walkabout, is advertised as the “city’s craziest student night” with an “anything goes mentality”.

Both Climax and the SU blame each other for the joke. Ruth Foster, President of Cardiff Met SU, has apologised for the “abhorrent” poster slipping through their “usually stringent approval procedures” but maintained that they did not make the poster.

She said, “I would just like to clarify that Cardiff Met Students’ Union did not produce the offensive advertisement.

“The advertisement was produced by Climax Promotions as one of their student promotional nights. Again we would like to apologise for any offence caused.”

The SU have since dropped Climax Promotions, and are conducting a thorough investigation. The poster is still in use, but the joke has been removed from the advert.

Climax denied that the blame lies with them. They told The Tab they provided the union with the photo, but warned the union once “the offensive nature of the material became apparent”. 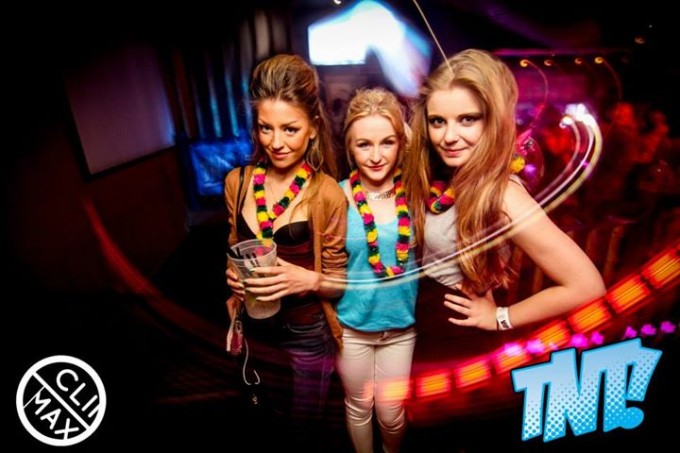 Their spokesman added: “Upon discovery (and before the photograph had been used by the Union), Climax immediately informed the Union of the offensive nature of the photograph and recommended that it not be used.

“Unfortunately, despite this warning, the photograph was still used by the Union. Climax is understandably appalled by the photograph, hence its decision to warn the Union immediately upon becoming aware of the nature of it.” 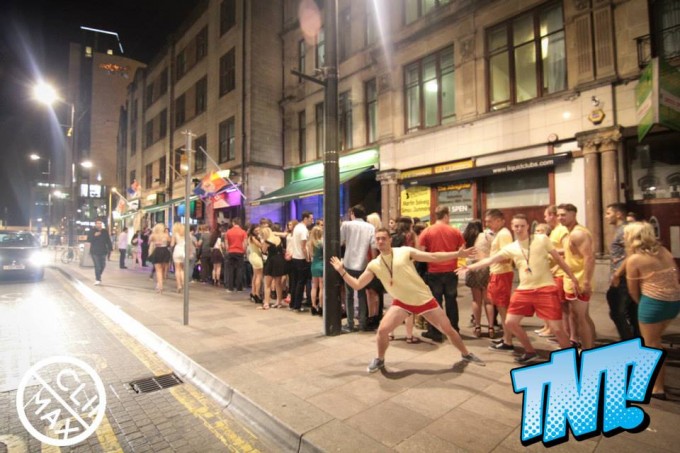 The SU responded by reiterating that the process of how the joke was published was the subject of an ongoing investigation, and “remain a matter between the Students’ Union and Climax Productions.”

Climax nights Hump and Therapy both formerly took place at Glam. The nightclub have since dropped Climax last week. Their general manager was “very shocked it was allowed to happen” but claimed terminating their agreement with Climax was “not a direct result” of the scandal.

After repeated requests, Revolution – who also work with Climax – declined to speak to us.

TNT promises a night with an “anything goes mentality”…

‘Safe As’, the Women’s Centre charity that reported the joke, branded its use in advertising as “utterly disgusting.”

Cardiff Met SU have since made Safe As one of their nominated charities, who they will work with to raise awareness of sexual abuse.

Climax were also the promoters behind a night in Cardiff that saw a woman strip down to nothing while onlookers chanted, “off, off, off.” The Missbehaviour night at Oceana advertised double vodka’s for just £1.75.

The incident was filmed and received over 1,000 hits in ten minutes before being removed. She did not receive the promised £50 for the wet t-shirt contest.