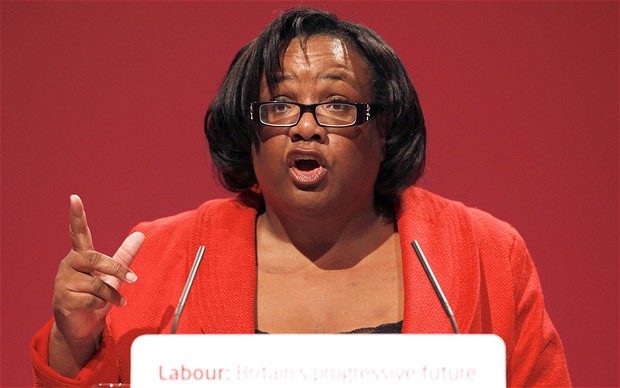 A fierce opponent to student fees, the MP charged Birmingham and Manchester over the odds for 1 hour speeches…

Labour MP Diane Abbott has today come under fire after revelations that she charged university students huge fees to hear her speak at a conference.

The MP for Hackey North and Stoke Newington, who has been a fierce and public opponent of tuition fees, has been accused of hypocrisy.

Hypocrite … Diane Abbott opposes student fees but charges over £1,700 for a 50 minute speech…

In 2011, the University of Birmingham paid the politician £1750 to give a 50 minute speech to students. Only this year, she also invoiced Manchester Metropolitan University £1,000 for a speech.

Critics of the MP suggest that charging students in this manner flies in the face of her staunch tuition fee stance. She was one of the rebel Labour MPs who defied Tony Blair in voting against the introduction of fees in 2004.

She has also voiced vehement opposition to the recent rise of student fees to £9,000, saying of the move, “I believe that the introduction in this way of a crude market mechanism into higher education is wrong” and that it did not accommodate “equality and fairness”.

The politician’s stance on free education was also criticised when it emerged in 2003 that she had enrolled her son in a £10,000 a year private school.

As news broke of Abbott’s fee for the speech, outraged students took to Twitter to vent their disgust. Whilst some were shocked by Abbott’s fee charging, others were more surprised that the students were so keen to fork out so much.

David H.Dunn, who is head of the department within the University of Birmingham that held the conference at which Abbott spoke, explained the students organising the conference had chosen the MP because she was “cheap”.

He revealed, “They wanted someone who had been on TV to draw in an audience. Other speakers who were suggested charged more, Jon Snow charged £7000, Karen Brady charged £12,000, so when they contacted Diane Abbott she looked cheap by comparison.”