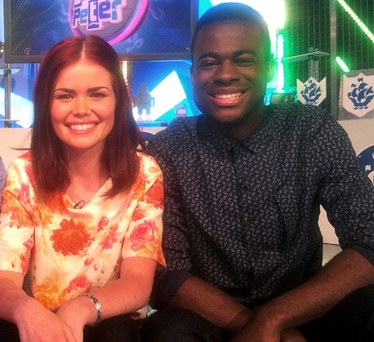 University of Bristol graduate relives her youth as the new Blue Peter presenter.

She’s beaten 20,000 applicants to the top spot. . . now University of Bristol grad Lindsey Russell has been revealed as the new Blue Peter presenter.

Thousands of applicants were whittled down to just ten finalists who were then put through their paces on the very Big Brotherly show ‘Blue Peter: You Decide!’

The 22-year-old was then voted in by the nation’s children to become the show’s 36th presenter.

No other presenter for the world’s longest running kid’s TV show has ever been picked in this way.

And it appears Lindsey really was the best choice.

She presented student television during her years as an undergrad and has also performed at the world famous Edinburgh Fringe.

After being announced as the new presenter on live television, Lindsey said: “I feel amazing! It’s the best job in the world — you get to do incredible things.

“Right now it feels a little strange. I’m quite shaky.”