Magdalene delights WILL PITHERS with its magical setting, quality entertainment and endless food and drink.

It is a truth universally acknowledged, that a May Ball wishing to be successful, must be in want of three well-executed components: food and drink, entertainment and décor. Throw in a decent headliner and you’ve got yourself a winner – but there are occasions, albeit rare, on which the success of the first three components renders an impressive headline act unnecessary. Magdalene May Ball 2013 was one such occasion. 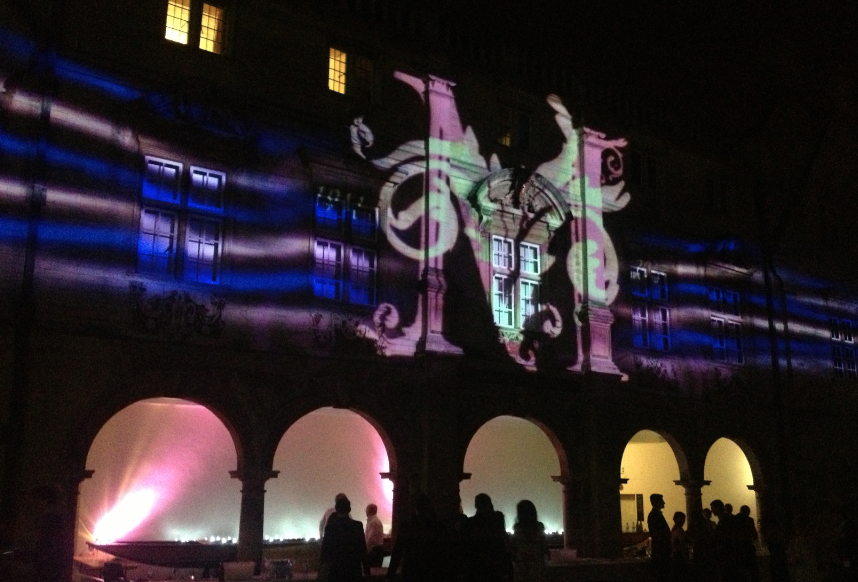 It helps, of course, that Magdalene’s grounds are amongst the most beautiful in Cambridge; majestic Pepys Court provided the perfect welcome area, with light projections dancing on the college buildings throughout the night; the Orchard’s trees, ornamented with soft fairy lights, gave the central area a magical feel, whilst also preventing the rather larger Fellows’ Garden from feeling too vast; the Scholars’ Garden, too, added another little pocket to the ball that might initially have been overlooked. Where other balls this week (notably Trinity and Downing) struggled to maintain the ‘magical’ feel throughout their wide-open spaces, Magdalene never let its guests forget that they were enjoying a quite surreal, quite wonderful evening.

Food and drink was also well executed. Hog roast, hot dogs and burgers were the main features of the Fellows’ Garden (and noticeably queue-less for the majority of the evening), with waffles aplenty in the next-door Scholars’ Garden, which adopted a classic Fairground theme. By the comedy tent, bangers and mash were served without any queues whatsoever, and stone-baked pizza was cooked non-stop throughout the night to assuage hungry dancers in the disco tent. At 4am, the ball also somewhat impressively served a sit-down breakfast of scrambled egg and chives, bacon and sausage or halloumi and tomato muffins and smoked salmon bagels. 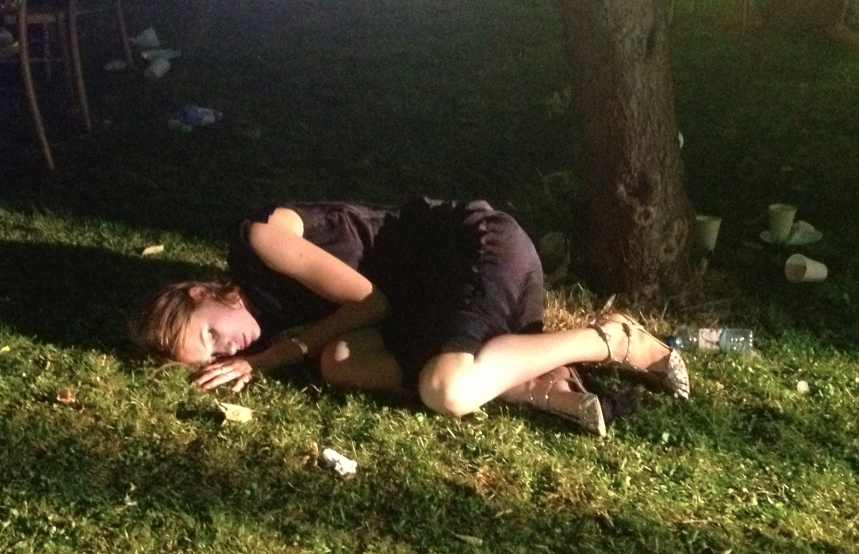 I’ve never understood why cocktails aren’t pre-made before these events; admittedly, there is a certain charm to watching your drink being concocted in front of you, but it does create lengthy queues. Such was the case with the main cocktail bar – although the drinks were delicious. Elsewhere there was champagne, gin and tonic and even a stand serving ale. The never-ending supply of Crabbies was also an inspired choice, and quenched guests’ thirsts until the ball’s close. Finally, the coffee stand was a welcome addition to those feeling the effects of the week’s festivities as morning approached.

The aforementioned Fairground entertained guests with swing boats and a shooting gallery, and the nearby punt rides and canal boat casino were both classy and popular. The human ents were incredibly varied as well, with several short but generally successful comedy acts, the ever-popular and ever-magnificent Denim on an inner-stage, and wonderful acoustic sets in the Benedictine. The White Keys stole the show for me, though, and had a packed-out Pepys Court dancing to their riotous jazz for almost the entirety of their set. 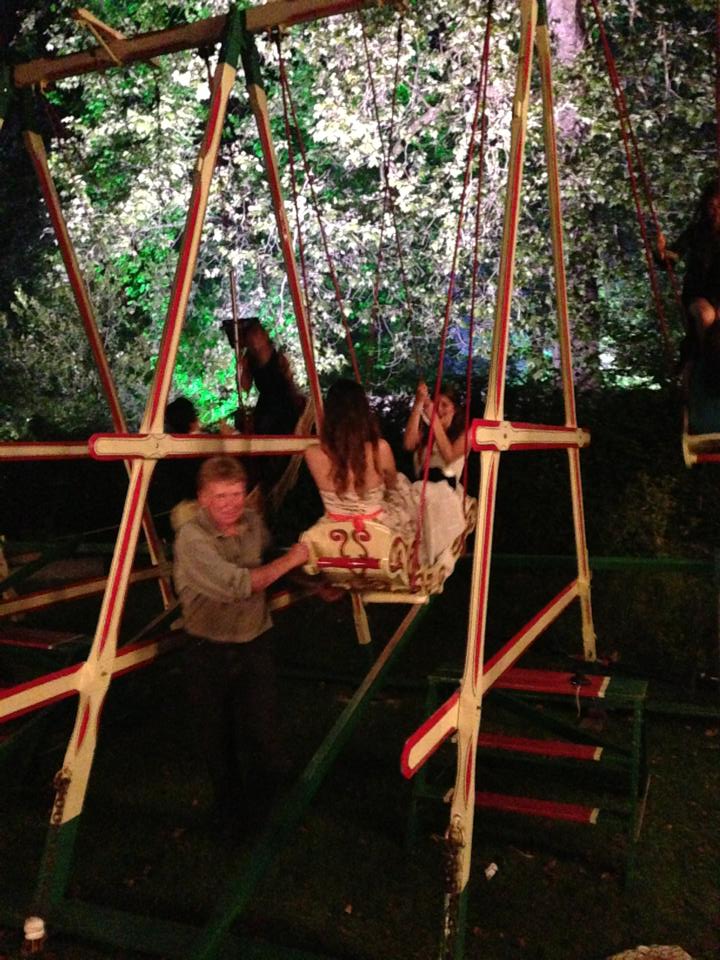 The dancing didn’t dwindle as the night wore on, although the less said about Ceilidh, the better, in my view. I’ve never really appreciated it but everyone else seemed to love it so it’s difficult to take that one away from the committee. For the rest of us, the Silent Disco provided ample amusement, and the string of 90s RnB hits that ran from 4 o’clock onwards were an unquestionable success. It was also convenient that guests could take headphones away from the disco tent, and quite a crowd gathered in the Fellows’ Garden to welcome in dawn by dancing together. A nice touch.

I’m aware this review hasn’t even mentioned the Noisettes, the evening’s headline act. Perhaps it is testament to the rest of the ball that the lack of a big headliner didn’t negatively impact on the evening – although to be fair to the London trio, they performed a solid set and drew quite a crowd. 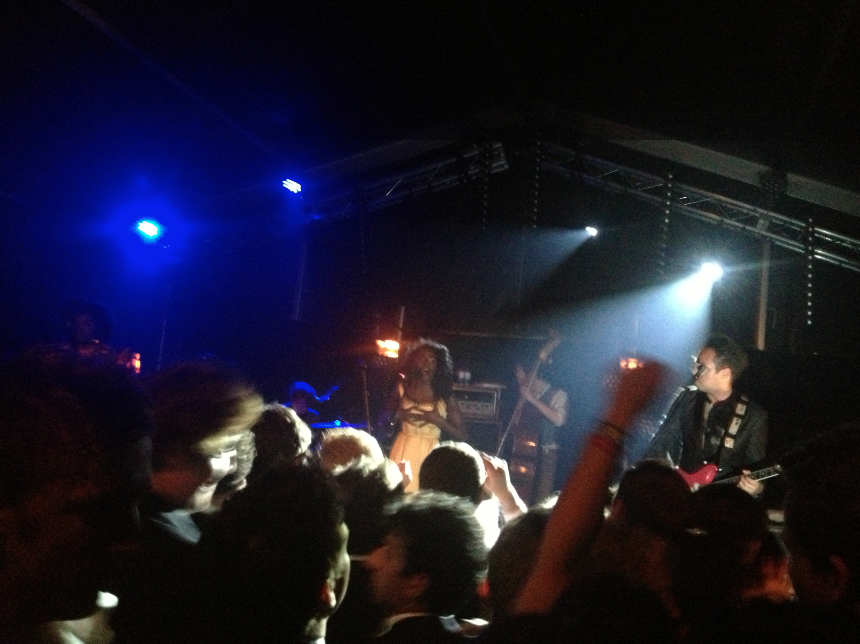 It’d be nonsensical to pretend that the ticket price isn’t high. At £175 for a non-dining ticket, I think I’m correct in assuming that Magdalene is the most expensive night on the May Ball circuit – which is perhaps a little steep. On the other hand, this is the Cambridge experience, and if there’s one ball I recommend you attend before you graduate, it is most certainly this one.