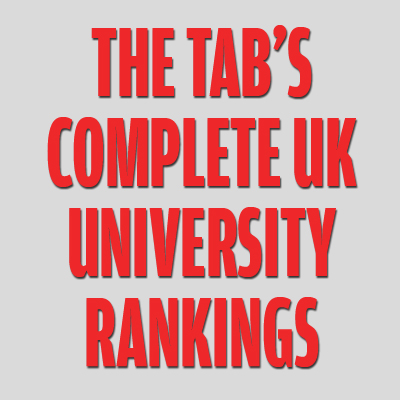 Are uni rankings just a load of rubbish?

Is your uni 23rd best in the country, or 11th? The truth is, no one really knows.

On Monday, The Guardian released its university league table for 2014, dubbing it the ‘one to watch’ because ‘students base their decisions about which courses to apply for on the Guardian guide’.

Sorry, do they really? Aren’t uni league tables just a load of bollocks?

This year, Edinburgh students were left pretty miffed after little-known Heriot-Watt finished above them in The Guardian’s table. Edinburgh is ranked 32nd in the world. Heriot-Watt doesn’t even make the Top 200.

And Bristol, which everyone knows is a safe haven for Oxbridge-rejects, comes a lowly 23rd in The Guardian’s table. Yet both The Times and Sunday Times rank it 11th.

So we’ve chucked the four major UK league tables into a chart to come up with an average rank for each uni.

The data for The Times and Sunday Times is for the 2012/13 academic year, while The Guardian’s and Complete Uni Guide is for 2014, but it’s the most up-to-date we’ve got.

If all those numbers have you a bit cross-eyed, we’ve picked out some of the wilder variations in this handy graph.

Take a look at universities such as Surrey. It’s ranked in the Top Ten in one table, but doesn’t make the Top 20 in another.

What are you supposed to think if you study there? Is your university better than institutions such as Warwick and York? Or are you actually knocking around below Loughborough and Sussex?

Finally, compare The Times’ UK rankings with the Times Higher Education’s (THE) world rankings. We’ve stuck to unis with a Tab site for this chart, otherwise things get a bit long, but the discrepancy is easy to see.

Edinburgh lags behind eight other Tab unis in The Times, but only four in THE. It doesn’t make any sense! 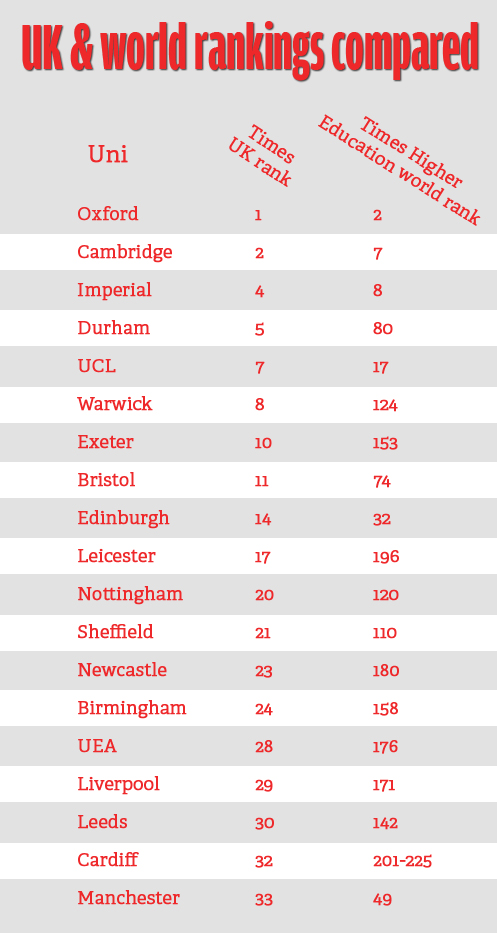