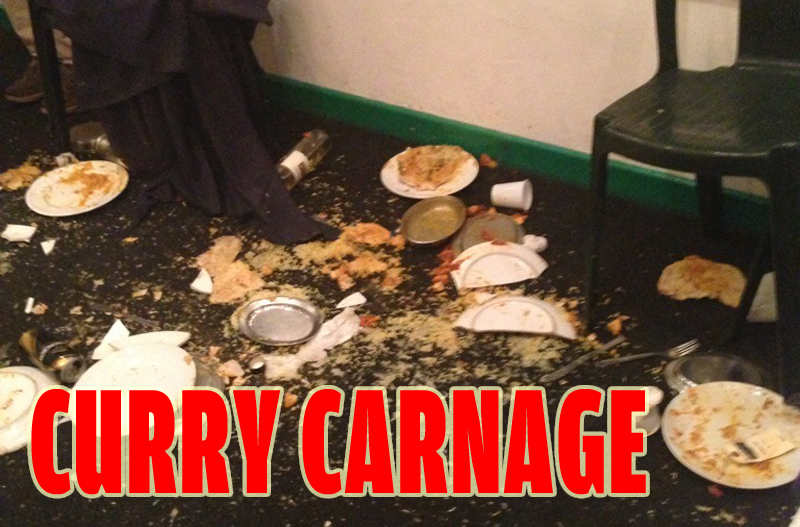 Reports have surfaced of a wild brawl at Curry King on Sunday evening, involving students from FOUR different colleges on two separate swaps.

A banterous exchange between male students from two colleges turned sour when a glass bottle was hurled across the room, and the event quickly descended into violence.

The bottle, thought to have been thrown by a university alumnus, reportedly struck the head of a female student, and diners could only watch as the brawl escalated. 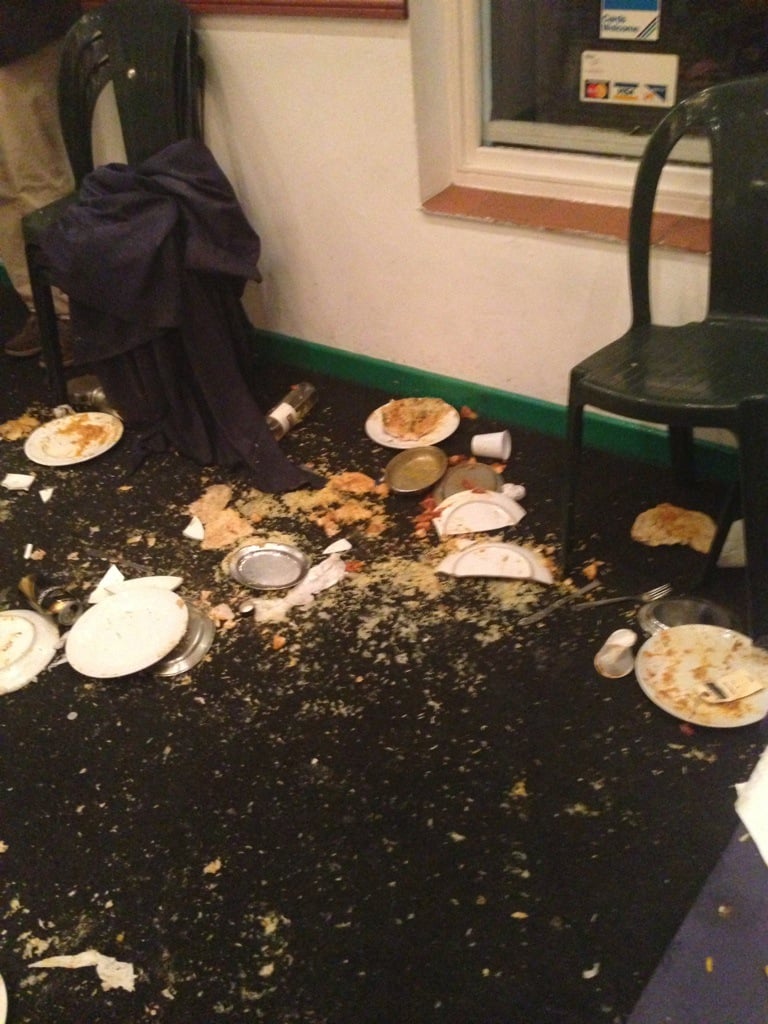 Plates of food were thrown across the room

Speaking exclusively to The Tab, one eyewitness said: “Everyone was drunk from having been on Jesus Green – someone from one of the colleges strawpedo-ed two bottles of wine straight away. Many of them arrived with no top on.”

The male students are said to have used their shoes as weapons, whilst others threw food, plates and cutlery across the room.

It is alleged that the most aggressive of those involved were Cambridge alumni, a number of whom had returned to Cambridge to enjoy the delights of Caesarian Sunday. 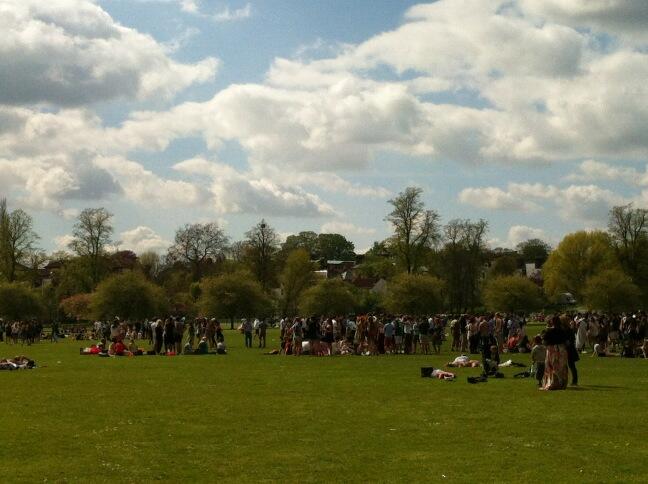 “Someone threw a punch, and when one of the boys came over to break it up, he ended up punching his own friend in the face,” claimed another eyewitness.

The same eyewitness went on to describe how “the girls ran to the other side of the table” to avoid being caught in the tussle.

As the fight developed, a table was smashed in half. One student was thrown off his chair and pushed down the stairs, much to the horror of the customers seated on the ground floor of the restaurant.

Curry King is known as a hot spot for swaps

Other eyewitness reports suggest that the fight involved around a dozen students.

Several male participants of the fight were later spotted crying outside the restaurant, as others attempted to restore order inside.

According to Curry King manager Ali, the police were telephoned soon after the fight broke out. Since the majority of those involved were evicted before anyone was seriously injured, however, the police call was subsequently cancelled.

Speaking to The Tab this morning, Ali said, “The room was a mess – there was broken glass and food all over the carpet, the furniture was smashed and we didn’t finish cleaning up until 4am.

“We had lots of business yesterday, as it was a Bank Holiday, but many of the customers on the ground floor were shocked and angry. They couldn’t believe how the students had behaved. 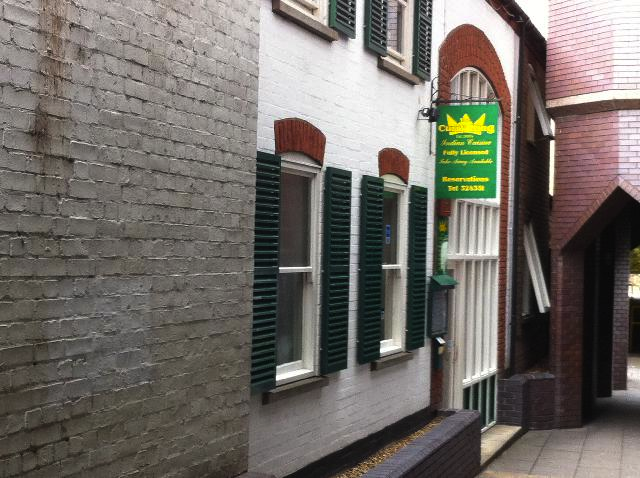 Banned: those involved will not be frequenting the establishment any time soon

“We like to have students at the Curry King,” he hastened to add, “but there’s a minority of them who ruin it for everyone else.”

Ali intends to telephone the people who made the bookings and let them know that they are no longer welcome at the restaurant.

The Tab has not yet been able to confirm the identity of those involved.

It is not yet known whether college authorities are aware of the events of Sunday night, or whether any disciplinary action will be taken against those present.

When asked about the evening’s events, one student reflected: “It was absolutely disgraceful. Utterly disgusting. And that was just the curry.”