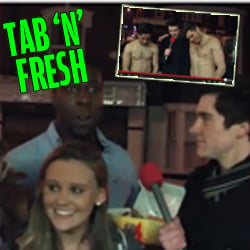 Our TabTV team in Birmingham hit the streets of student hotspot Selly Oak on Saturday night. Their documentary about the antics and wisdom of revelers after Student Union night Fab contains swearing, partial nudity and graphic chicken consumption. Ooh err!