Clubs in the city are so different from Chapel Hill

From C to shining C

If you’re like me, your only big social experiences include awkward high school interactions in your friend’s basement and then on to Chapel Hill bars and clubs. Now you’re ready to move on to the big leagues.

You’re going home to that suburb 30 minutes away from the city – you know, that city you tell everyone you’re from – and you’re ready to party.

Beware. Amid the lovely cafes and classy wine bars in the big city are the clubs you can actually afford. And they’re ratchet.

I visited some of Charlotte’s popular clubs to compare the experience to my experiences here in Chapel Hill. 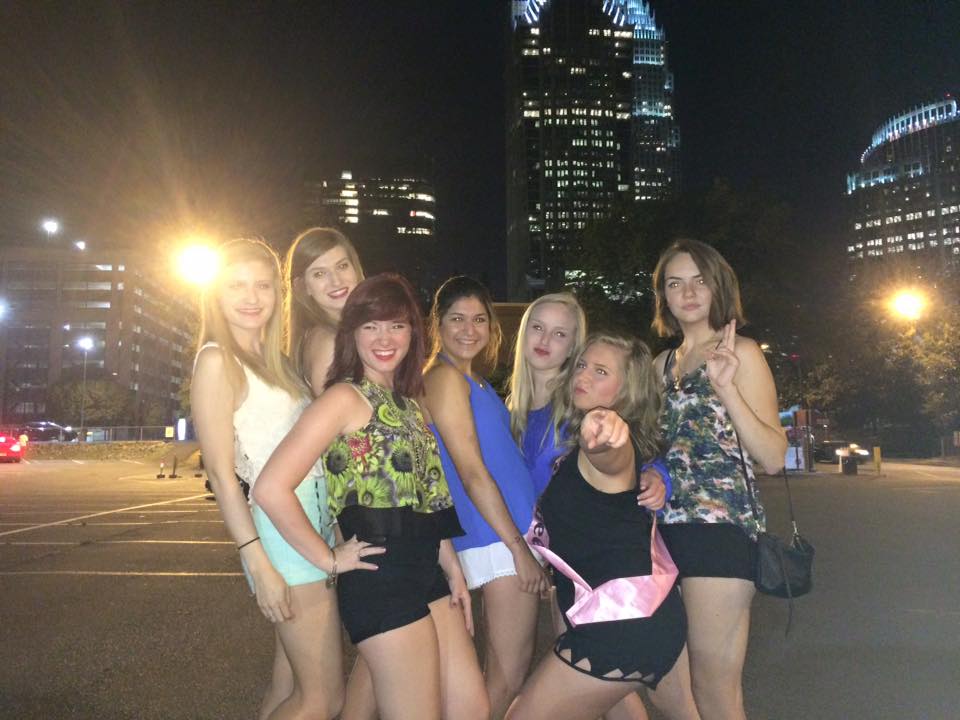 In Chapel Hill, most of our clubs have been gentrified the hell out of. But one could argue Fitz or The Library have a club vibe, especially on 18+ nights.

You start your night out in Chapel Hill how you would start any night out – with your hella cool friends getting ready before you walk over to Franklin or call a $2 Uber.

In the Queen City, you spend your time fumbling with the DD’s GPS or dialing an expensive driver. Surge prices are real, people.

Tip: Hire a younger sibling or someone who is 16 and impressionable to drive you. You’ll save hella cash. Also, make your trip worth the money and get a sick group pic with the city skyline.

Lines are everywhere and they’re inevitable. Freshmen, you won’t be feeling the luck of the Irish when you have to wait in lines on St. Patty’s Day here in Chapel Hill.

But in the city, you’re likely to have an even longer line, even with the help of party promoters.

Tip: Plan accordingly. It may be lame to get to the party at 10pm, but it could save you from cover charges and super long lines in the city. Getting there early also means a less crowded bar for our 21+ friends.

In Chapel Hill, you get into the club and you suddenly see Fred from Spanish, Susie who you think is in your recitation but you can’t remember and creepy Davis who messaged you on Facebook after he realized you were in his 300 person lecture (avoid Davis). 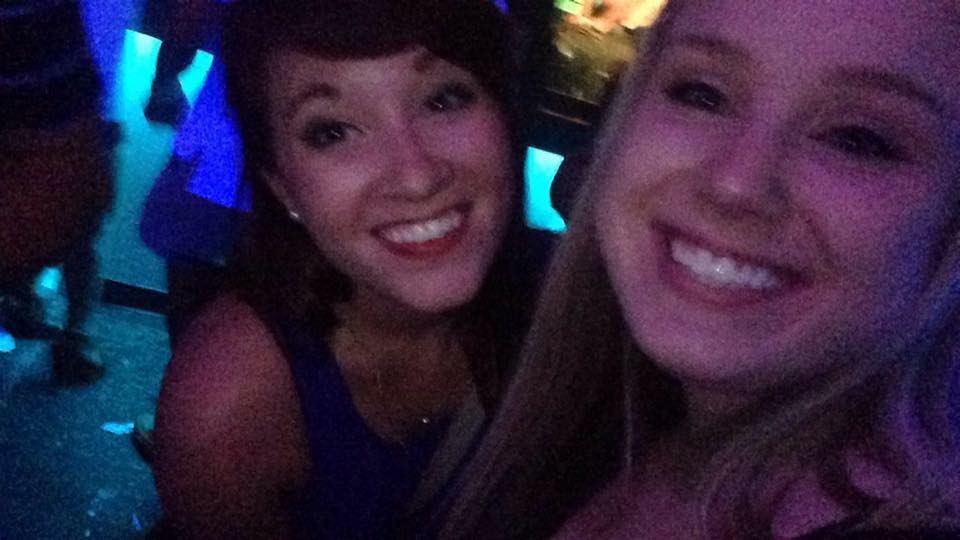 In the city, you get to the club and realize the local cocaine dealer as well as your dad’s friend, Tom, are both there. Moral of the story: most people in Chapel Hill are your age, you know them and they’re fun to party with. In a city like Charlotte, you have to sift through the crowds to find new friends.

Tip: Keep an open mind when you’re talking to people. You can generally gauge age by appearance and you’re sure to find clubbers your own age, but keep yourself and your friends safe. If that Joe guy you’re dancing with mentions shooting up in the bathroom and you aren’t into that, mention that you have to go find your mom at the bar. And if Becky is making out with a guy with wrinkles and gray beard, he might be too old for her.

In Chapel Hill, my friends who are 21+ will spend about $3 on a beer and maybe $5 on a mixed drink or a shot. I know this because I’m already saving up for that 21st. But in the city, you can pay upwards of $10-$15 for a shot of the same cheap and shitty vodkas.

Tip: The obvious would be to get people around you to buy you drinks. I will leave you cool cats to figure that out on your own. The not so obvious? In smaller cities, mention to a promoter or bartender that you’re from some exotic place and tell them how much fun you’re having. Free drinks are basically shoved in your face and your presence might be announced over the loudspeaker. For my Colombian friend, that was enough to get her two free rounds at a Charlotte club.

In big city clubs, people dance. And when I say dance, I don’t mean awkwardly shuffle and pretend to grind so that boy knows you don’t hate him (even though you hate that he wants to grind).

I mean these people dance. These people actually know how to HIT THE QUAN, they dance on poles, there is actual twerking and that one couple could very well be having an incognito sex session in the corner but you aren’t 100% sure. It could just be really artistic dancing.

Tip: I don’t dance so I guess my only suggestion would be if you’re sober, try your best, and if you’re tipsy, just vibe. No one is watching you because they’re all watching that couple in the corner. 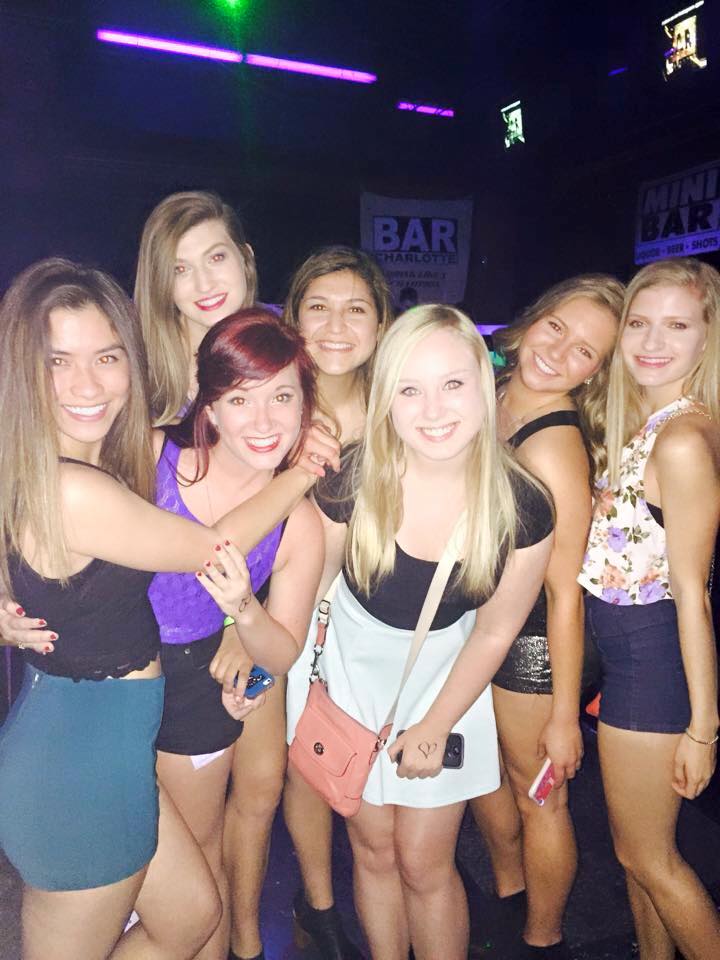 Prepare yourself for a general culture shock that extends beyond the dance culture. I’ve seen some strange stuff in Chapel Hill, but nothing will compare to watching a bartender slap a girl’s ass with a paddle on the bar in a Charlotte club. Ten minutes later, she drunkenly confirmed “it really hurt even though I was super fucked up.”

Tip: Again, keep an open mind. It may be awkward to watch some of the things happening around you. It may be weird that there are girls drunk enough to pole dance at 10:30pm. You might be uncomfortable watching a woman older than your mom riding the mechanical bull, but remember that everyone is there to have a good time, including you.

Focus on what your friends are doing, talk to the seemingly normal crowd and enjoy yourself. Also, ride that mechanical bull. I don’t care that its $8.

Overall, there can be some real benefits to exploring the clubs in the big city near you. You can meet new and interesting people, pick up some dance moves and have a crazy adventure with your friends. It won’t be quite as cute and comfortable as your local Chapel Hill get-together, but it is sure to be one hell of an experience.