Five months later, a settlement has been reached. Tami Barker, the host who turned Dyne Suh has been fined $5000 and was banned from Airbnb. 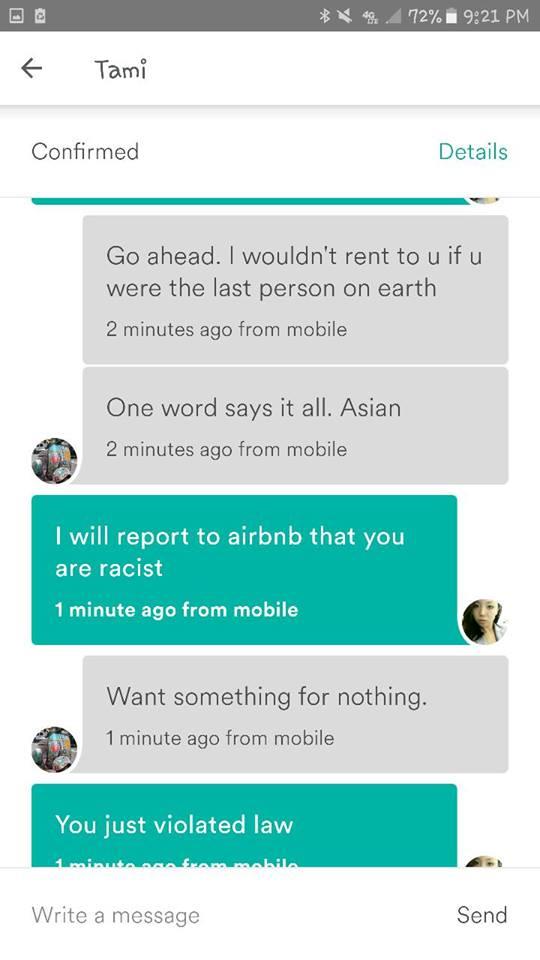 According to the California Department of Fair Employment and Housing, "As part of the agreement reached with DFEH, the Airbnb Host issued a personal apology to Ms. Suh and agreed to comply with anti-discrimination laws, to attend training, to take a college level course in Asian American studies, to participate in a community education panel, to perform volunteer service at a civil rights organization, and to report rental data to DFEH for a period of four years. The Host also agreed to pay monetary damages of $5,000." 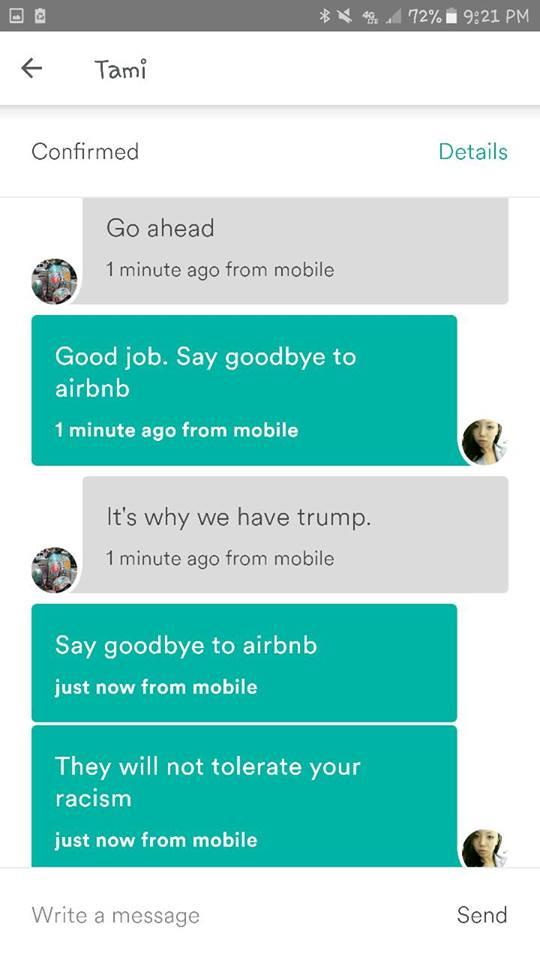 Messages between Suh and her host after Suh's reservation was cancelled at the last minute.

The ruling comes after some new, stricter laws were established with the site. After continuous reports of discriminatory actions committed by Airbnb hosts before the incident that included Suh, the company began to require hosts to report acceptance rates by race and to pass fair housing tests in September of 2016.

The Tab reached out to Suh for comment, but she did not respond.