‘I love him and I will never forget him’: Michael Paytas’ best friend pays tribute to his memory

On November 29, 2017, the Temple community were told of Michael Paytas' passing after he was found unresponsive on Monday at Paley Library.

Michael was 24-years-old and he transferred to Temple in 2014 from Delaware County Community College.

In an exclusive interview with The Tab Temple, we spoke to Adam McCormick about his hometown best friend Michael who was always there for him throughout the years. 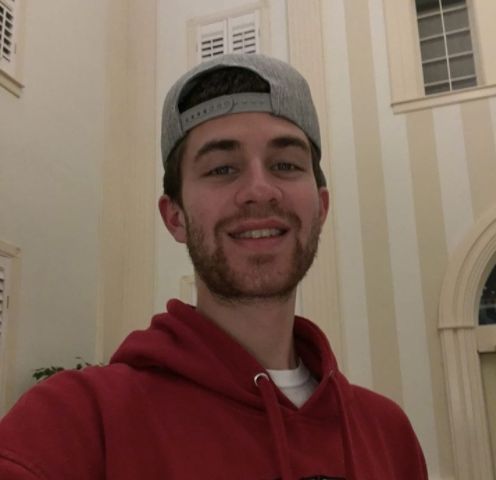 I first met Mike in middle school homeroom. He was the funniest kid ever and we both bonded over classic rock. He was a guitar player and the best friend I’ve ever had we would spend hours laughing and talking about the good and bad stuff in our lives.

We grew up in the suburbs of Philly in Ridley. He grew up in Ridley Park, PA. It's a small suburban middle class area and his mom lived in Holmes, PA. We went to Ridley Middle school and Ridley High School. We both attended Delaware County Community College for two years before he transferred to Temple where he lived on 16th and Oxford.

Michael had the best sense of humor and he cared about everyone, anything that he could help with―he would help with.

If you felt bad he would pick you up he was always there for me. When he went to Temple, I was so proud of him.

He was always the life of the party. He loved his family. We would spend hours at his father's house listening or making music.

I would sing as he played guitar while his dad made some of the best food we ever had. Mike wanted to be a chef at one point and I thought it was a great idea considering his dad is a great cook.

My favorite memory is when his brother David took us down the shore when we were about 15 and we had a blast. He loved him so much and he wouldn’t let us cross the street or get out of his sight that whole trip. His mother was the nicest person ever and we would spend hours upon hours at her house just laughing the day away with our friends: Joe Mcdermott, Mike Tancredi, and Tre Avila. I was getting ready for work when I saw messages from friends telling me he passed. His close friends like Joe and Tre are upset. Mike and I had an almost telepathic way of communication. Everyone is torn up. We all have had people pass but nothing this close.

Mike was raised by a great family and it showed the way he acted and treated other people. My favorite thing to do with Mike was talk. Not only did he make me laugh when I was down but he would take my problems and give serious insight into things that I couldn’t see.

Mike was a good person. I will never forget the hours that we spend on the phone the time we spent in my treehouse, or just the times where we just sat at his parents house doing nothing at all. I love Michael and I will never forget him as a person.