It happened at a St. Paddy’s parade

It looks like everyone is on spring break right now, including Ezekiel Elliott. The former Ohio State running back and current standout for the Dallas Cowboys was caught on camera exposing a woman’s breast at a Dallas bar on Greenville Ave. during a St. Paddy’s day parade. 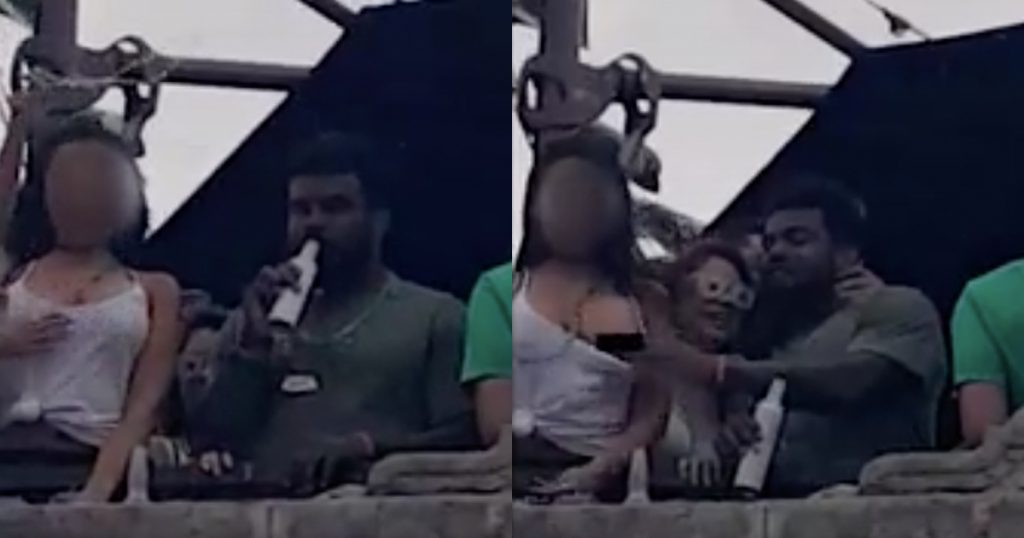 Screenshots taken from the TMZ video

In the video, Zeke is drinking a beer on a rooftop and standing next to a woman who gestures at her breasts. She then points to Ezekiel Elliott, who swiftly reaches over and pulls down her top, exposing her chest to those around her.

"GONNA HAVE YOU NAKED BY THE END OF THIS SONG!!!!" pic.twitter.com/WHehoeXxjW

The woman immediately works to reposition her top and cover herself back up. TMZ spoke with Elliott’s representative, who reported that the woman was not upset, and that she even stuck around after the parade had ended to hang out with Zeke and his friends.

Suspend Ezekiel Elliott! He has no respect for women.. I am literally shaking!! @nflcommish pic.twitter.com/hgNyRmglmu

While the woman may have been OK with what happened, it’s still an unsettling incident considering Elliott was under fire last summer for allegations of domestic violence, and is currently being investigated by the NFL, although no arrest or charge has been made.