‘Build the wall’ was also chalked on the Oval last semester

This afternoon, an OSU student took to the Oval to write “Hillary 4 Prison” and “Build a Wall” over the main walking path.

Hoping to beat the rain, he scribbled his message in bold letters before taking off to chalk his message in other places. Soon after, students took notice.

One girl took it upon herself to smudge the lettering with her feet in an attempt to erase the chalk. She was immediately called “intolerant” by a group of students who believed she didn’t have the right to get rid of the chalk herself. 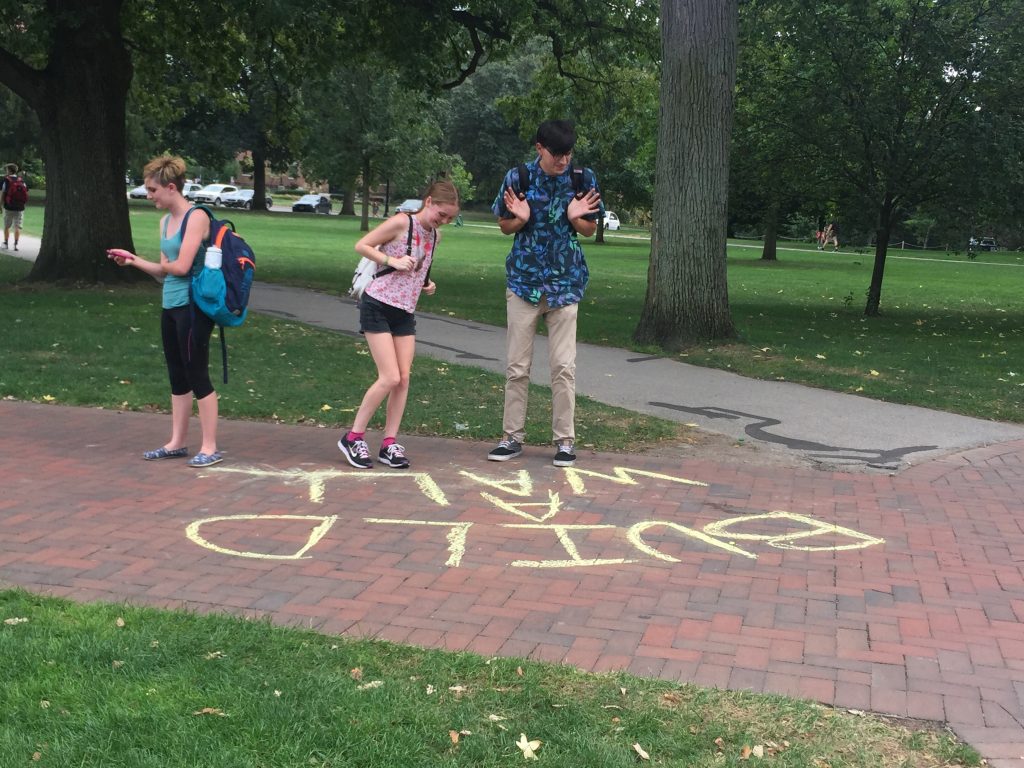 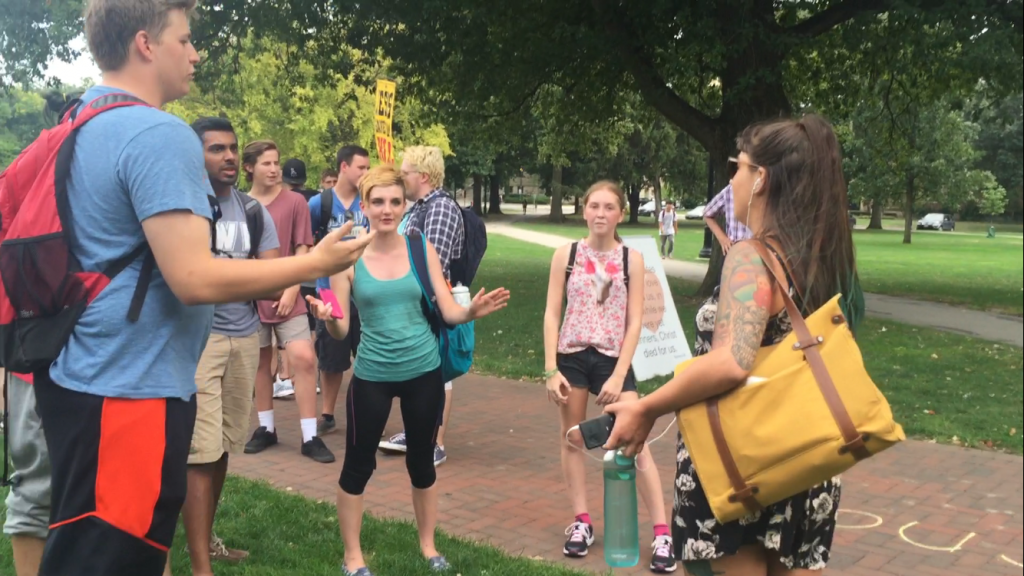 This incident is reminiscent of chalk that appeared on the Oval last spring semester, that read “Build the wall.”