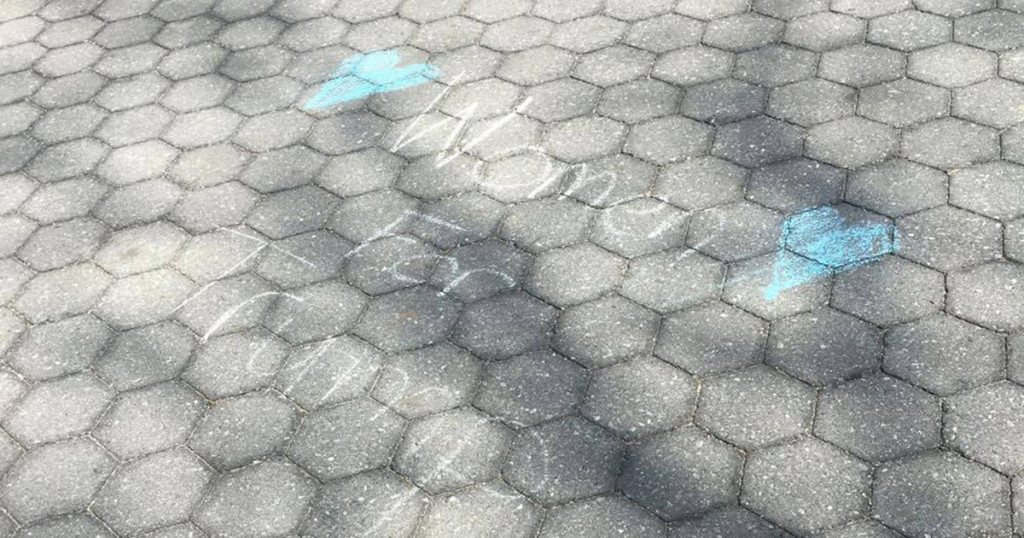 This morning, new messages of support for Trump were found surrounding University Hall. The building is the main location for Women’s, Gender, and Sexuality Studies as well as African & African American Studies. Students feel that the new chalking is a personal attack on the department.

The response seems to be directed toward this group of students not only for their support for undocumented immigrants, but also for their involvement in the chalking that took place last week.

It has been less than a week since Ohio State students rallied together to chalk the oval with positive messages promoting diversity, inclusion, and peace. The chalking was a direct response to a message that read: “Trump 2016 Build the Wall.” 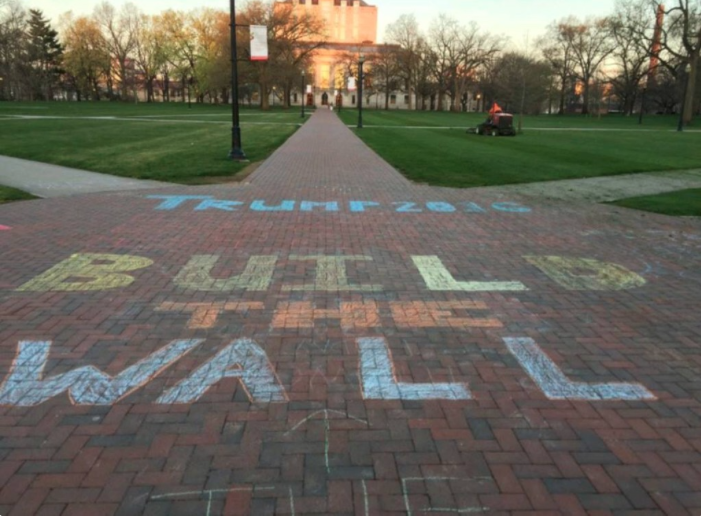 Students came out as a sign of solidarity, and to represent a portion of campus that does not agree with the racial prejudices aligned with the idea of “building a wall,” and keeping others out. Instead, they advocated for human rights, equality, and love.

The Women’s, Gender, and Sexuality Studies department was very outspoken about their disapproval of the message on the oval, and posted a Facebook status declaring:

The Department of WGSS stands in solidarity with undocumented immigrants, and with all students who experience racial discrimination. This graffiti tells those students they’re not welcome, that they don’t belong here and shouldn’t feel safe here. This type of prejudice, and intentional intimidation, is uncalled for and unethical. We stand in solidarity with you. 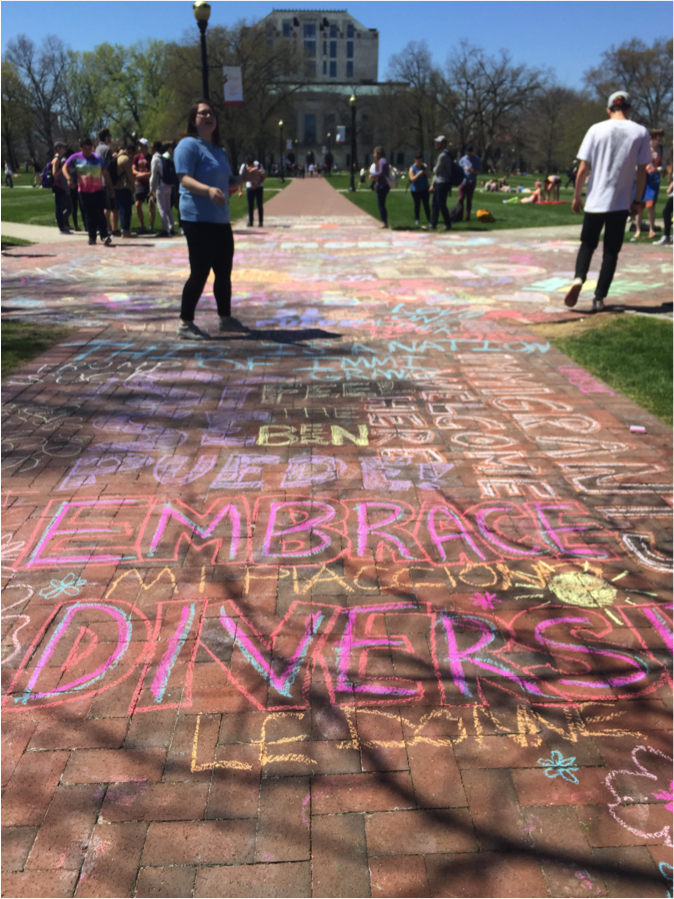 The chalking drew in a crowd of over 100 students, some in support, and some not. A group of Trump supporters stood near the event to protest the covering of the message, complaining that by having their message chalked over, their first amendment rights were being violated. They believed that because the message written wasn’t “hate speech,” it was a disrespectful violation of free speech. 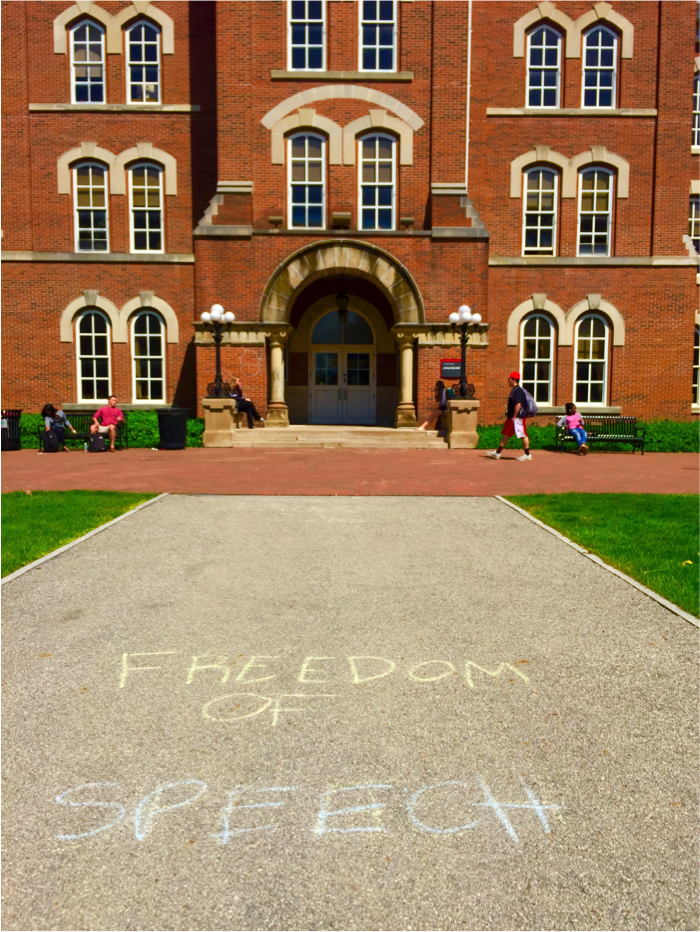 It has been made exceptionally clear that the students involved in the Trump chalking  feel that they have been silenced and wronged by other students; however, their argument is flawed for one reason – the University requires that any student or student organization that chalks the oval must “bear the name of or be signed by the name of the sponsoring organization.” Because the students who wrote messages to support Trump chose to remain anonymous, the chalking violated the University’s policies and technically was not permitted in the first place. 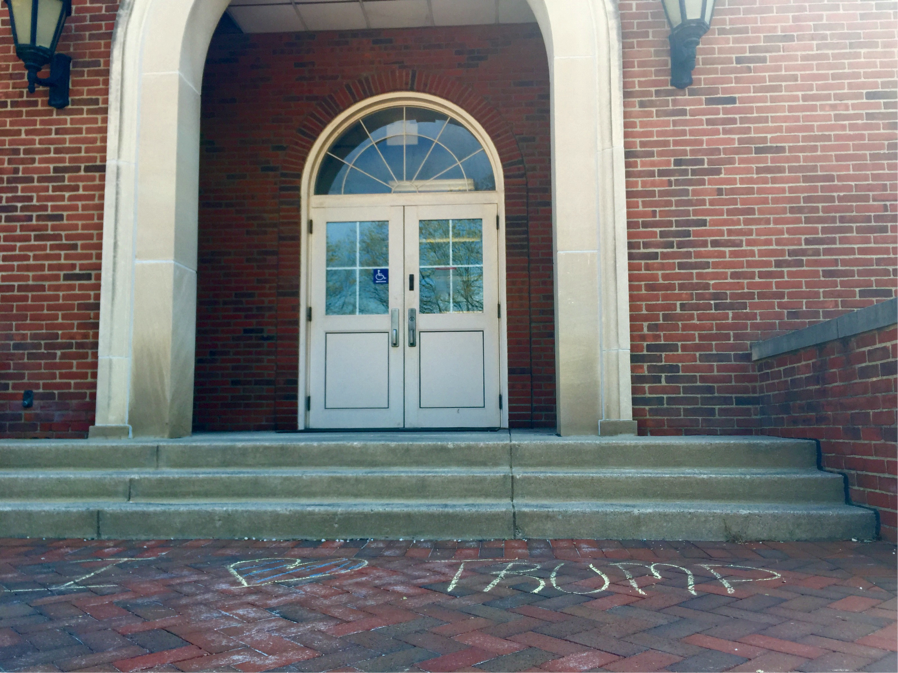 While neither WGSS nor AAAS has made an official response, a few students have taken to Facebook to express their concerns about the message, and to suggest the possibility of starting another “chalk fest.”