More than 20 people were arrested on Monday at Richard Spencer's appearance, where supporters of Spencer clashed with members of Antifa and student protestors.

Spencer, the leader of the white supremacist group, National Policy Institute, came to speak at Michigan State on Monday despite controversy. Michigan State attempted to bar him from speaking, but after a lawsuit was filed against the University, he was eventually granted the right to speak on campus.

Spencer's speech started about a half an hour late because of fights outside the Livestock Pavilion, where the appearance took place.

A group of Spencer's followers walked up Farm Lane and were greeted by hundreds of protestors who rushed to block the path to the pavilion. Both sides of the situation yelled obscenities at each other. 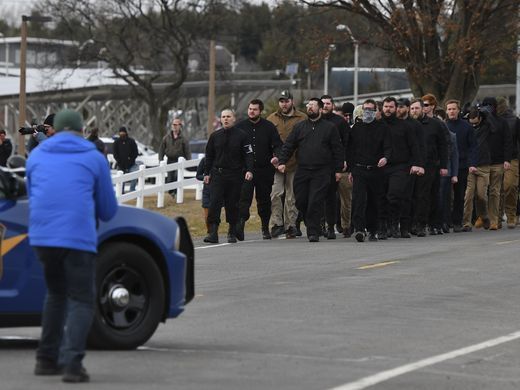 When the violence broke out, numerous police officers in riot gear stationed at the event were ready to keep the peace.

The arrests that occurred at the protest were weapons charges, hindering and obstructing justice. The group Stop Spencer at MSU started a "bail fund" to raise money for those arrested. So far, they've raised $17,000.

According to their page, "funds donated will be used for bail and legal support for people arrested standing up to this hate monger and his followers."

● MSU residential colleges issue 'no confidence' statement to Board of Trustees, interim president