MSU residential colleges issue “no confidence” statement to Board of Trustees, interim president

On February 7, representatives of MSU’s three residential colleges issued a letter expressing a collective statement of “no confidence” in the university’s Board of Trustees and interim president John Engler.

The James Madison College Student Senate, Lyman Briggs Student Advisory Council and the Residential College in the Arts and Humanities (RCAH) Council all voted unanimously on issuing the statement.

The letter reads in part:

“The Board has ignored the request and advice of the Deans of the seventeen colleges at MSU, the Faculty Senate, the Faculty Steering Committee, and the student leadership in the heedless appointment of the interim president, John Engler. In doing so, the Board has explicitly neglected their responsibilities as outlined in the constitution of the State of Michigan.” 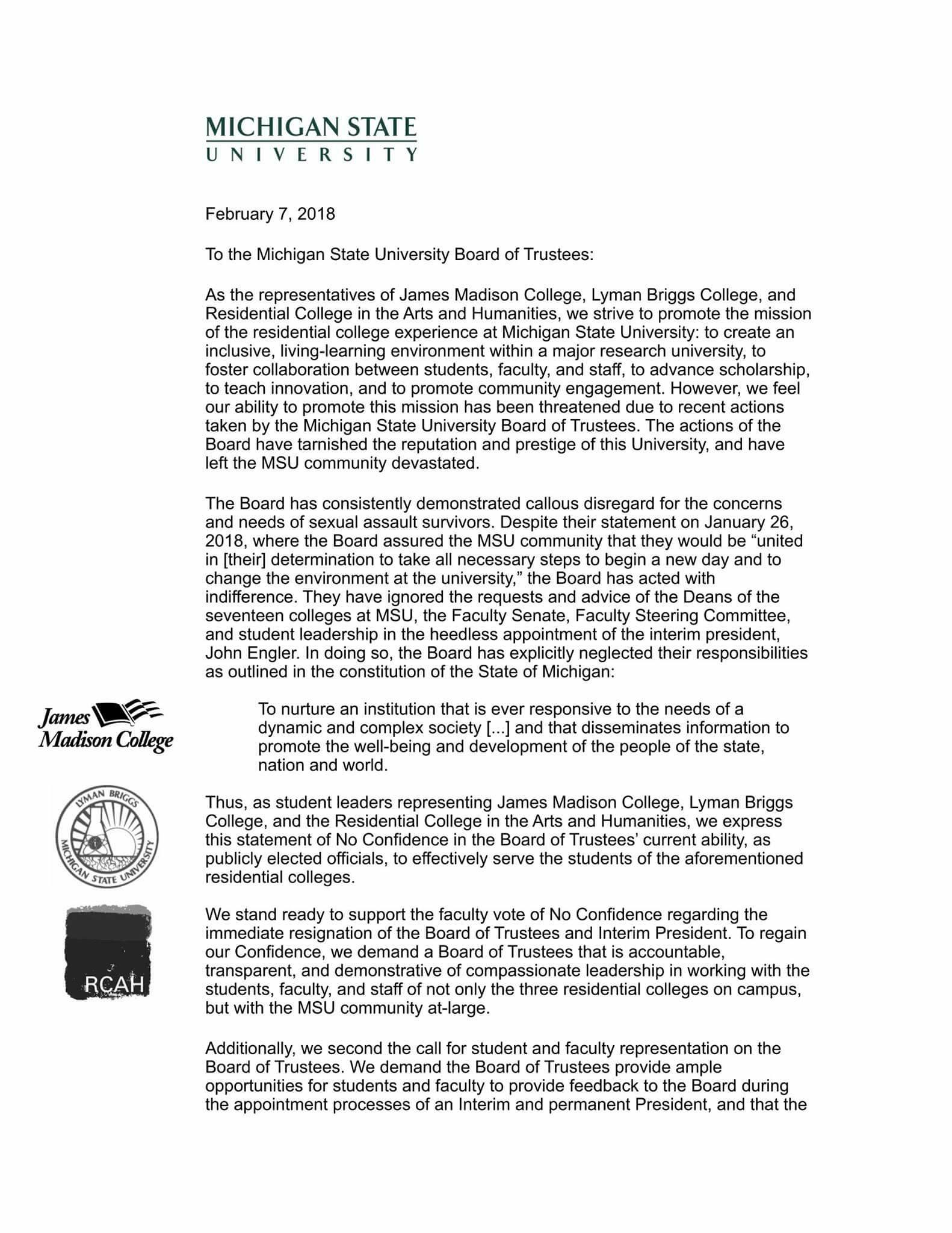 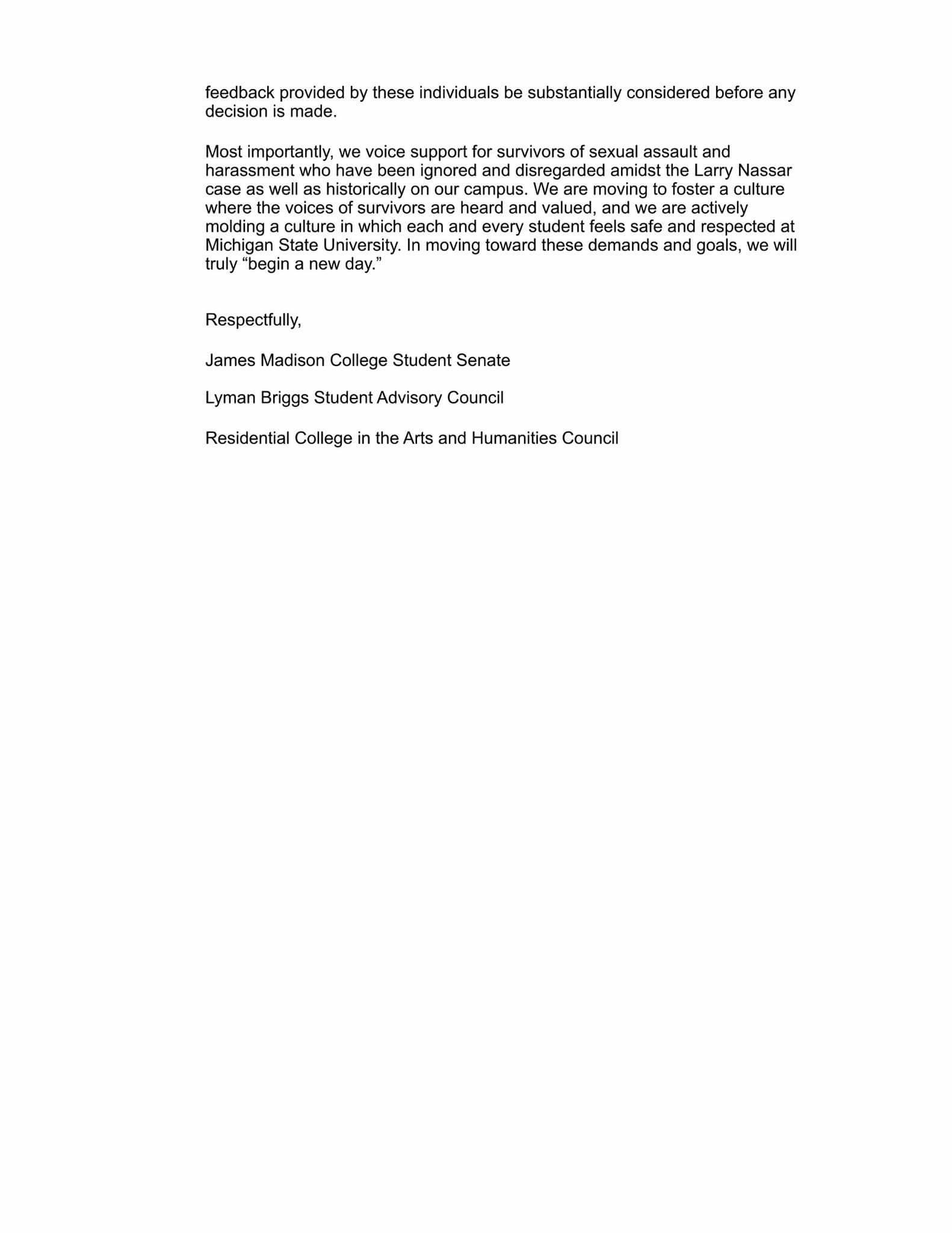 The Tab spoke with Jack Kellet, a third-year student in James Madison College and RCAH, about the residential colleges’ intentions with this letter.

“In recent months, the Board of Trustees has failed the university consistently,” Kellet said in an email. “Whether it be the unanimous statement of support for our former President or the appointment of John Engler as Interim President, a person grossly unqualified to lead a public university in a crisis such as ours, the Board has demonstrated that it does not care about the voices of students, faculty, or the people of Michigan who have elected them into office.

“This letter is a distillation of the anger, outrage, and disappointment voiced by so many individuals over the past few weeks, explicitly expressing no confidence in the Board of Trustees and supporting calls for them, and Engler, to resign immediately,” Kellet said.

“We believe that this will be the first step towards healing and that, once a new Board is appointed, there must be opportunities for students and faculty to have a seat at the table, something we do not have with this current Board.”

According to Kellet, the student bodies are optimistic that the Board will take their strong voice and unity into consideration, and that this will encourage more students, student organizations, Deans and faculty members to send their own letters to the trustees.