A Kappa Alpha Theta sorority member has chosen to come forward with audio tapes of a sister describing hazing.

Taken at the University of Florida, the recordings are being shared to bring light to the racist sentiment and clear abuse of some of the members. The source has chosen to remain anonymous.

Some of the tapes were taken as videos but were transcribed to audio to protect the identity of the person who took them. They were taken inside of the Kappa Alpha Theta sorority house on October 23, 2016.

Reportedly every year similar hazing rituals take place. In this case, it involved girls simulating sexual acts, such as giving men lap dances blindfolded, acting out sex positions and being asked to suck a banana in front of a group of men. In the audio tapes, this is revealed. One of the members is described as “hysterical."

The source said, “The people talked about in the recordings were put in harm’s way by an executive member of Kappa Alpha Theta’s University of Florida chapter.”

The source goes on to say, “The safety and humiliation of members within that chapter seems to be a recurring problem. Anyone who listens to these, would be genuinely disturbed and concerned for the safety of these individuals.”

According to the source, the Theta member who is speaking in the tapes is Rya Carroll, a part of the executive board, with the current title of Chief Education Officer — a position that is supposed to lead positive influence over the women.

The Theta member expresses racist sentiment when she brags in the recordings about slapping another member across the back of the head for kissing a black guy. She states, “I was like, ‘what the fuck are you doing?!’… Do you realize that he was black?!'”

This isn’t this first instance of racism in the nearly all-white sorority, however. According to the source, a senior sorority member had allegedly called a Theta member into the office and started questioning her on whether she was in a gang because she posted a picture with a black male on Instagram. Despite him merely being an upcoming rapper, the senior member told her she needed to take the picture down. Here is the image: 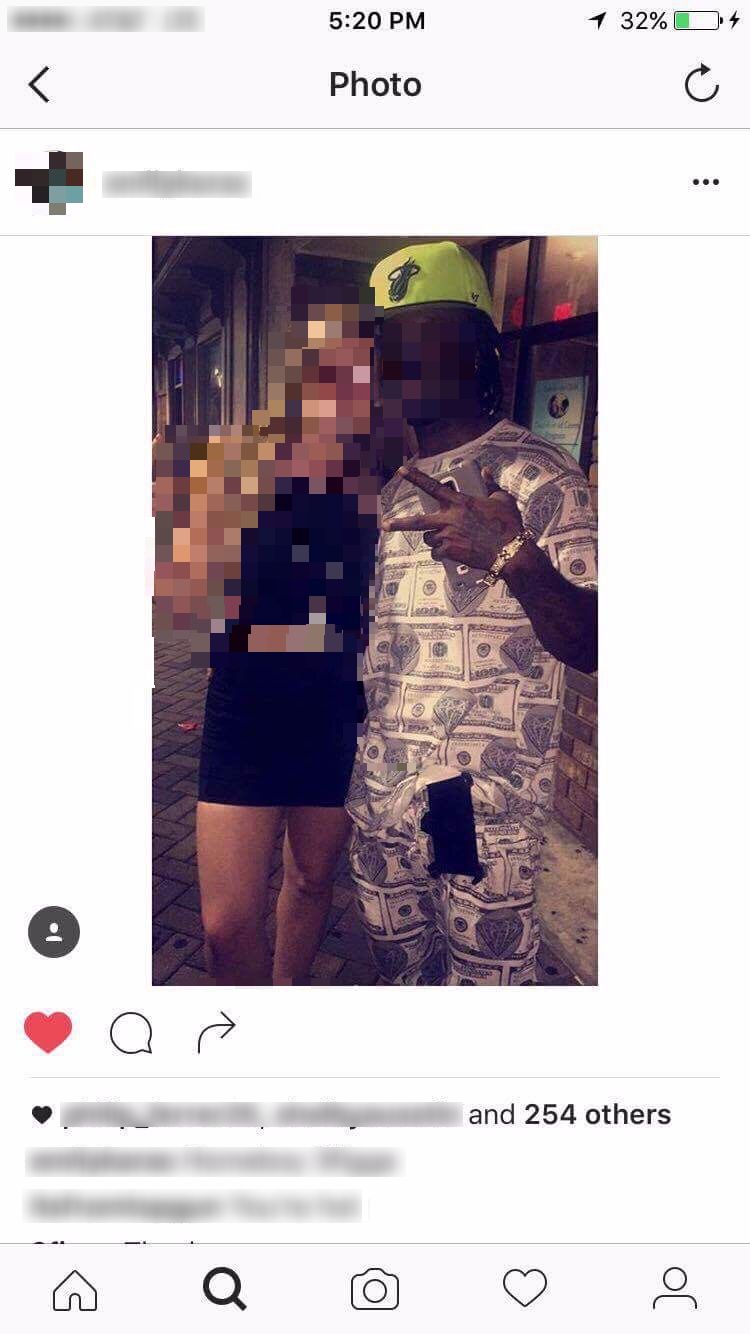 In spite of these incidents, the national board for Kappa Alpha Theta has offered no reprimand. The source says, “Their nationals was contacted after the tapes already existed. The recordings were to serve as proof of the incident if nationals decided to consider it a severe matter, but they never directed attention towards the situation.”

A screenshot of that email is listed below — it was sent on December 14, 2016, nearly two months after the tapes were taken.

The email also includes mention of the conflict over the photo with the African-American man:

It was only a couple months ago that screenshots went viral of Theta refusing to feed its member parm until they voted in the Student Government election. The member who posted that on the Facebook group was another member on their executive board, Allison Helman, who currently serves as President of the Kappa Alpha Theta sorority at UF.

Their national chapter has not taken any action against the chapter for that incident. The source said, “Allison played it out so well in her explanation to nationals that nationals just felt sorry for them and wasn’t even angry.”

The source goes on to say, “To this day, incidences like this continue to occur, and will be a recurring problem until someone puts an end to it.”

Do you have pictures, video or audio that could shock your fellow students? Email [email protected]