She is charged with a second-degree felony

According to a news release from UFPD, 24-year-old Jessica Ward was responsible for the bomb threat issued last week.

Staff members found a handwritten note in the women’s restroom which led to the building being evacuated and classes getting cancelled.

An employee of the Java Hut Coffee Kiosk (and not a part of UF faculty nor student body), Ward is accused of making a bomb threat because university police claims that she wanted to leave work for some “me time.” She admitted to doing so after police interviews. 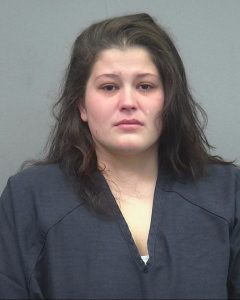 Ward was arrested this morning and is now at the Alachua County jail on a $15,000 bond. She is charged with a second-degree felony for making a false bomb report involving state-owned property.