On Sunday, swimmer, Caeleb Dressel gave the US Olympic team an excellent start in the 4×100 meter freestyle relay swim race. He broke his own record at 48.10, relaying with Michael Phelps, Ryan Held and Nathan Adrian at a lightning speed of 3:09.92.. 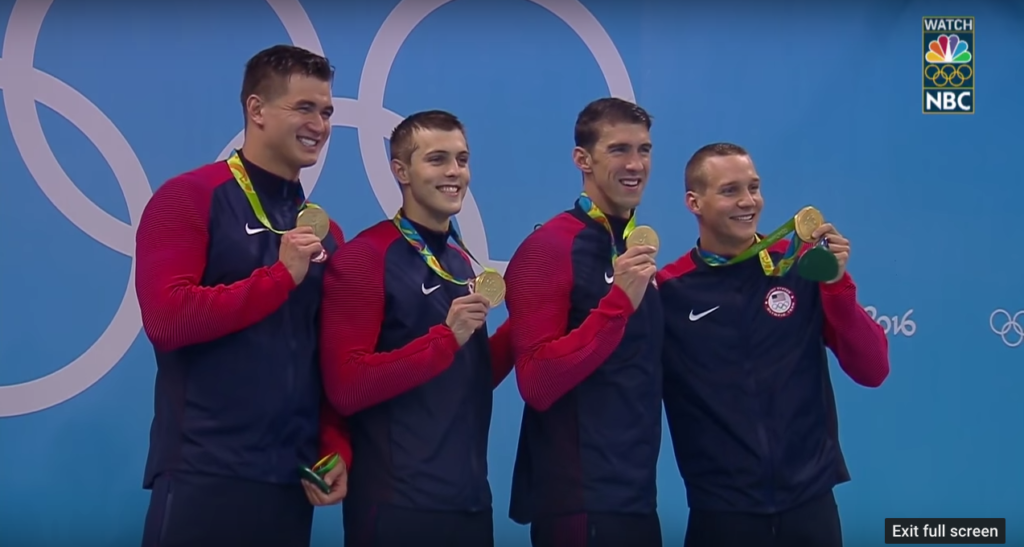 Dressel tweeted last night excited to bring the gold back to the US. He also shouted out his parents.

Great night racing for the best country there is, sweet feeling to have that gold back on US soil #USA #iloveyoumomanddad

The US Olympic Team tweeted about the “GOLD medal moment”!

and so did @GatorOlympics commending the amazing win…

When your first time in the Olympic pool results in a GOLD MEDAL!!!
Way to go @caelebdressel and Team USA! pic.twitter.com/Oex5uFOmxy