Refs have the final say in CUNY men’s soccer championship

Honestly, we’re still not sure what happened

The Hunter Hawks fell to the Lehman Lightning in the CUNYAC men’s soccer championship Saturday night, with a final score of 2-1.

But final score is certainly questionable.

Hunter made a huge surge at the very end of the game. Jesus Patino Muniz scored Hunter’s goal in the last five minutes, breathing hope into the game for the Hawks. And the rally seemingly worked–Hunter scored a second goal in the last minute… but the referee discounted this goal, saying it was scored “offsides.” 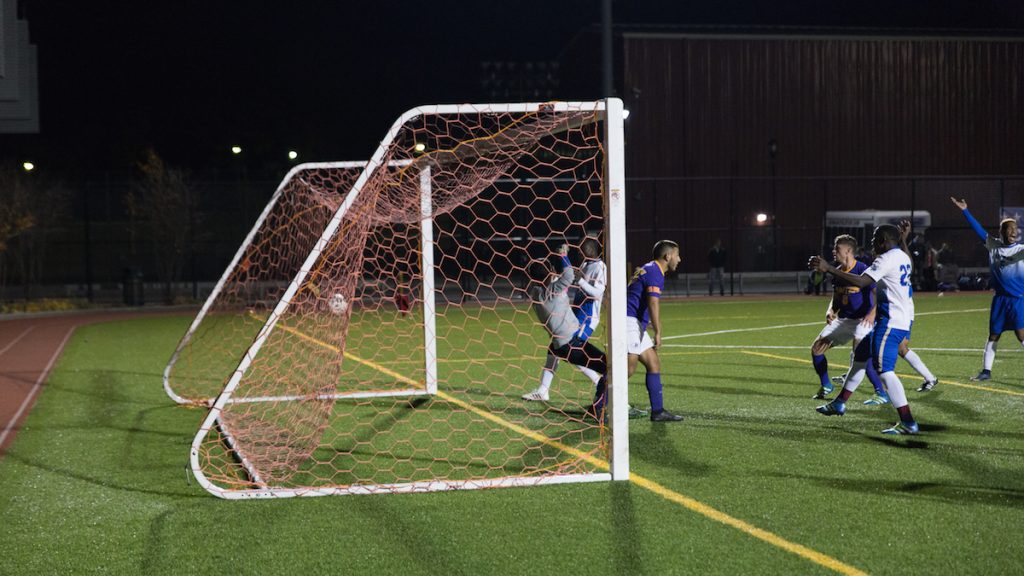 The play that resulted in a second goal for Hunter that the referee called back. (photo courtesy of Simon Lee)

The second goal, which came as a header off a Hawks free kick, had every player in and around the net. (We’re still not sure where the “offsides” was.) The Lehman goalie tried to block the shot while in the net and it rolled off his hand. CUNYAC administrators, coaches, soccer alumni and fans recognized the call was foul. But the ref’s decision was final.

“This game, just like this election, is rigged,” said Hunter athlete and Student Athlete Advisory Committee president Steven Tarquinio. (He also made it clear he is absolutely not a Trump supporter but actually thinks this game was rigged.) 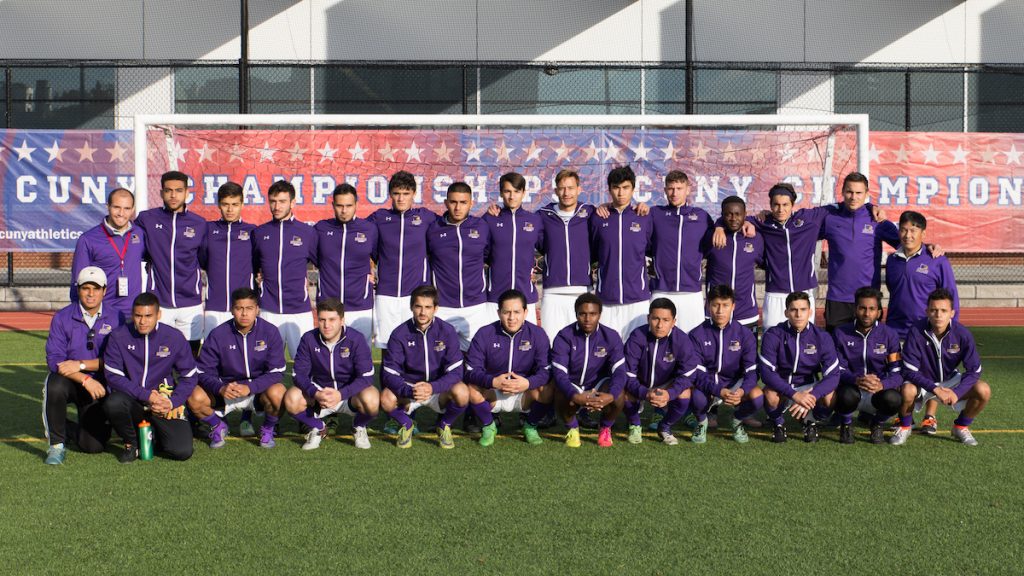 It was the Hawks’ first appearance in the men’s soccer final since 2010. Though the outcome wasn’t ideal, we Hawks fans are still incredibly proud of this 2016 team and their second place finish in CUNYAC.

We love you Hawks!