Baruch cried about it

It wasn’t even close. 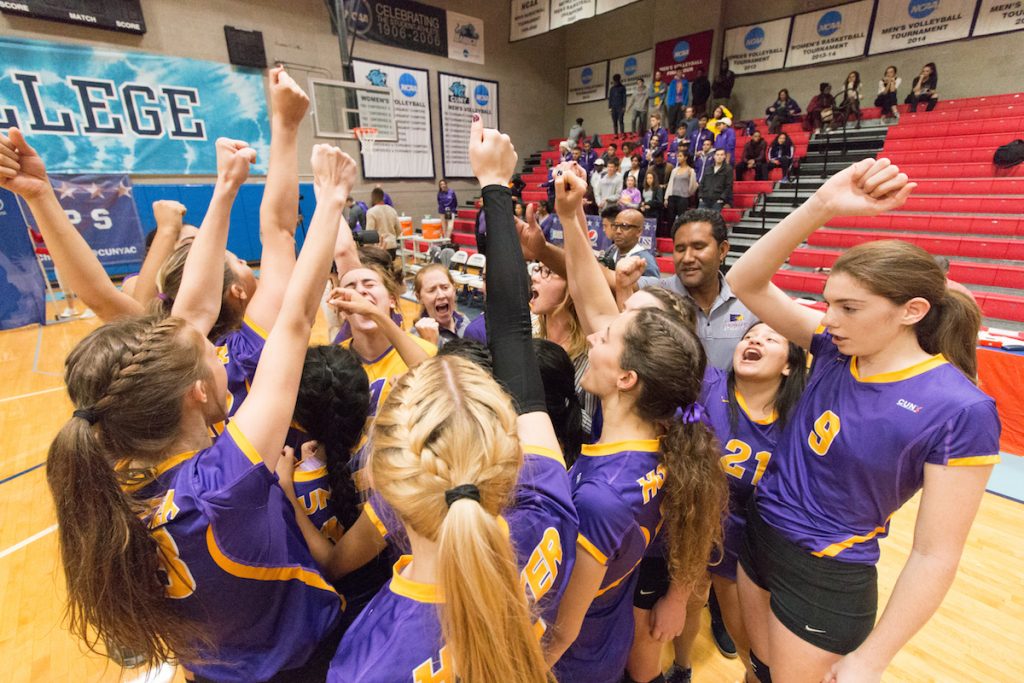 Although the three sets themselves were close (25-23, 25-21 and 25-22) the Hawks found and kept momentum with more ease than their bitter rival. By the end of the game, Hunter fans were screaming “this is our house” in the Baruch gymnasium. And then Baruch cried.

Consistent performances by Breanna Banske and Julia Connolly earned them spots on the CUNYAC all-tournament team. And sophomore hitter Taylor Haiduk won the most prestigious award of the CUNYAC finals: Most Valuable Player.

The team is lead by senior captains Breanna Banske and Samantha Barrett. Barrett, who battled injuries in the last few weeks, made her entrance into the game in the final set to play in her last collegiate game. And the crowd went wild.

“It’s kind of sad but I’m happy too,” Barrett said reflecting back on her last game. “My team has so much love and we’re like a family. It feels really great to share this with them.”

The Hawks finished their season with a perfect record in CUNYAC. This championship win also qualified them for the NCAA division three tournament. 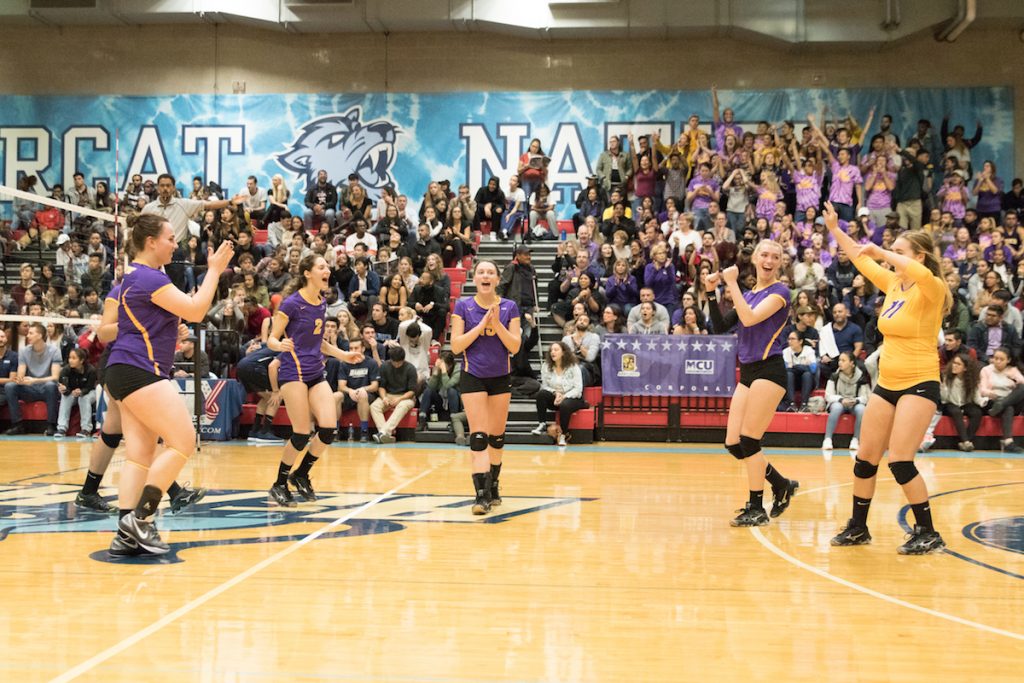 “There was never a doubt in my mind,” said libero Haley Trunkett about winning it all. “Even when it got tied, I knew we were gonna finish it because we’ve been working all season for this.” 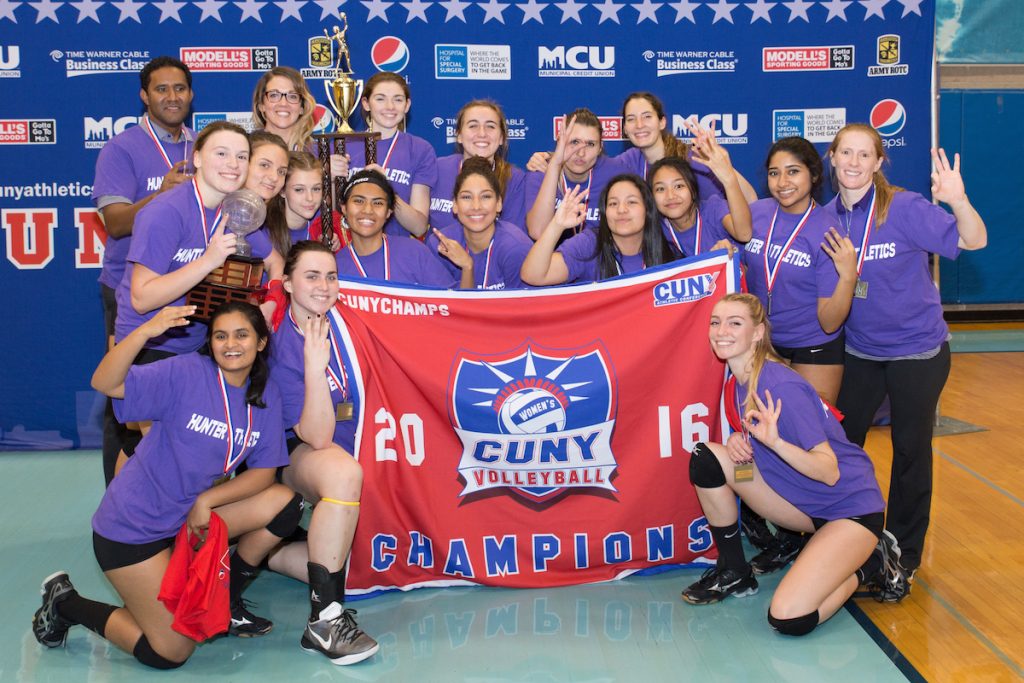 (And don’t miss the CUNYAC final today for men’s soccer. It’s Hunter vs Lehman at Brooklyn College at 4:30 pm. See you there!)