I was incarcerated and now I’m at Columbia

Many Americans, especially those of us in college, would like to believe we live in a country where you can achieve anything, no matter your background. A country where if you’re willing to work hard and pull yourself up by your bootstraps, then you too can live the American dream.

But the millions of former prisoners living in the United States, a disproportionate number of them Black or Hispanic, know this is not reality.

At more than 2.2 million people, the United States currently imprisons more citizens than any other developed country in the world. At only five percent of the global population, we hold 25 percent of the world’s prisoners. After these people have served their time and are looking to rejoin society, they are met with applications for housing, education, public assistance, and employment that ask about their criminal records – or what’s called The Box.

In many cases they are denied what they need to be a productive member because of their criminal records, which leads to a breathtaking 76 percent, five year recidivism rate. It has also been shown that getting an education in prison or after leaving it leads to a dramatic drop in recidivism, adding more productive people to the economy.

Despite the evidence that greater access to education for formerly incarcerated people leads to more productivity and less recidivism, many colleges, including Columbia, still ask about a person’s criminal background on their applications. This is something that Leyla Martinez is fighting against.

Leyla is a student in the School of General Studies studying Human Rights and Sociology. She is also a Justice in Education Scholar, Gilman Scholar, Women’s Forum Education Fund Fellow, Beyond the Bars Fellow, Program for Academic Leadership and Service Scholar, and Women’s Independence Scholar.

She is also a formerly incarcerated person.

I sat down with Leyla to talk about her experiences and why her and her group are campaigning to get rid of The Box – part one of our new series.

I was incarcerated for two years. It was a white collar crime, a paper crime, whatever you want to call it, but that’s not important. It should not matter now, because I am not my crime.

I’d always known that education would be what would take me out of poverty, but things don’t always work out as we would like. We have a certain goal but life happens, and our hopes and dreams for the future don’t always coincide with real life. I have always known that education was my key out of poverty. It was pretty obvious to me from a young age, and not because I had the privilege of having a mom and dad who pushed that on me. I was raised by a single mother who did not complete the 8th grade. But somehow, I just knew that education was the way for me to obtain the “American Dream.”

I didn’t graduate from high school. For health reasons, I didn’t finish. But as soon as I got better I took my GED, and I applied to college. I got into Hunter in 1992. But life happened, and I couldn’t continue. In ’94 I stopped. I had a son a few years later, and then wound up in prison when my son was just a toddler. However, when I came home, I was very determined to stay out of prison. I did not want to be a statistic. I wanted to get an education. I said to myself: “I am not even jaywalking because there is no way I am ever going back there!”

My life has never been easy. I have never had anything handed over to me. I have had to fight tooth and nail for everything. Even now as we sit here I am struggling but that is why I am in this fight because it isn’t about me, it’s about paving the way for others. 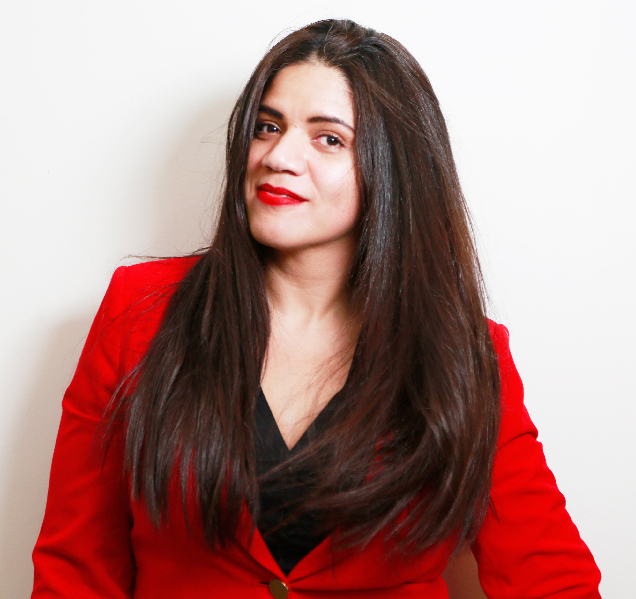 Ignorance is a big thing. I think that’s a reason why I want to talk about this so much. I like to believe I am a good person, for the most part, and I have always tried hard not to be judgmental. Nevertheless, when I was incarcerated I was extremely guilty of judging people because I did not know about all of the barriers we had once we were released. I saw people leaving prison, and then coming right back in. I was ignorant, I was so ignorant. I would judge those people, and I call them idiots for coming back inside. They were given the opportunity to go home and to be with their families but they would come back within weeks of being released, I swore that they just wanted to be there. I would get so mad at them and at the system that kept me there but let them go—why didn’t they let me go home—I would take that opportunity to go home and never come back to this hellhole.

But nothing is ever just black and white, there are about a million shades of gray, staying out of trouble when you have a criminal record is practically impossible. When you come home, every door is closed in your face. Everything has that fucking box. For you to get a job, for you to get an apartment. The whole system. It’s so hurtful. Just trying to survive—you just can’t—it’s like they want us to fail because it is a very profitable business for many people it’s the new form of slavery.

I was released from prison in 2004. I went back to college, to Hunter. I was trying to work, go to school and take care of my son, but it didn’t work out—life happened—I wasn’t in a very good place for a while and just couldn’t get out of it.

But in 2014, I was sitting in a housing court about to be evicted. I’m crying, I’m nervous, I’m terrified, looking at this judge. I’m thinking: “Holy shit, I can’t continue living like this. I’m on public assistance, I can’t depend on the government my entire life.” I couldn’t find a livable wage job due to my lack of an education and my criminal history—I’m tired of telling people what I did only to have them just deny me anyway.

I decided then, that whatever happened that day, I would go back to school. Thankfully I wasn’t evicted that day. The judge gave me more time, so the very next day I went to Hunter to see what I had to do in order to go back. By this time, student loans were in default, I had blocks on my record because I hadn’t officially withdrawn from my last semester. I didn’t even owe the school that much money – a little over $1000 dollars, but to me it was a million.

I wrote to every single last one of my representatives including Obama—I wrote to the president of CUNY, the president of Hunter, every one of the deans. Only one dean, Madeline Stokely, who’s now my friend, she sent this email: “Have you contacted Welfare Rights Initiative? They help students living in poverty.” WRI has been an incredible source of support to me even now, but ultimately Dean Stokely was who made it possible for me to return to school.

I continued school, and soon had a 3.9 my first semester back after having been away from school for almost 10 years.

I love telling my story of how I got Columbia. I’m born and raised here in New York, the Bronx. I never considered even coming on campus. It was above my pay grade, I never graduated from high school. 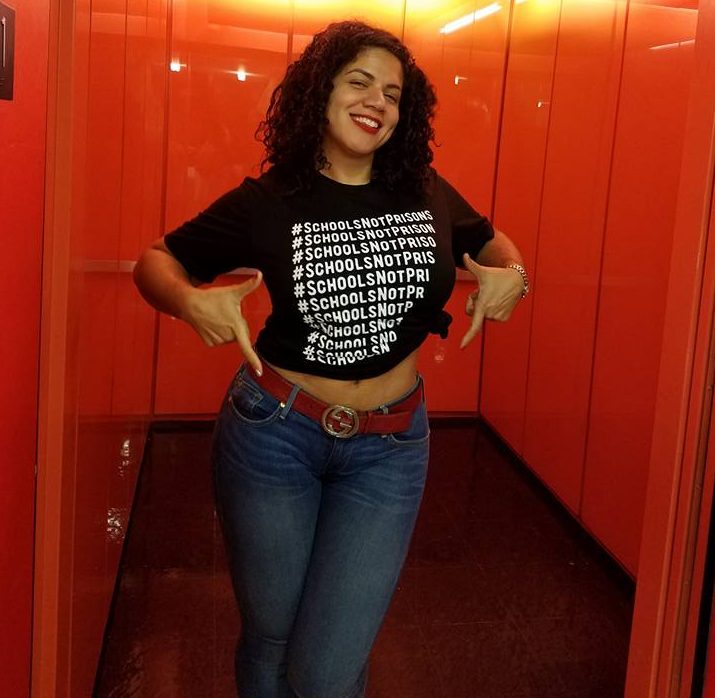 But in March of 2015, I came on campus with my 16-year-old, talking about getting him to apply. I got goosebumps: this place is amazing. I applied and thought: what’s the worst that could happen? You lose the $80 application fee, and that’s it. The world would not come to an end when I wasn’t accepted. I never in a million years thought I would be accepted. I still to this day do not understand it. I wasn’t expecting to be accepted. I just wanted to demonstrate to my kid, that when they send you a rejection, your world would not come to an end. That was the whole reasoning behind it.

The box was there on the application, so I never expected to be accepted. For some crazy reason when I saw that box I thought: “What the hell? Why do you need to know this about me?” That should not be the reason why you deny me this opportunity. Do it because of anything else – I’ve paid my penance already, I’ve done my time. Why is it always going to come up for the rest of my life? I wasn’t sentenced for life. But they’re making it impossible for me to make anything of myself.

This is who I am now, I am not my crime. I’m not the worst decision I ever made in my life, and I am not just a statistic. And that’s what we become, because we keep on going back to prison if you don’t give us these opportunities. People who don’t have an education are far more likely to go to prison. The more education you have, the less likely it is.

It reminded me that I met so many smart people in prison, some amazing people—but who made the wrong choices. The point is that nobody is beyond redemption. No matter what the crime is, if you’re out, that’s it. That’s what you were sentenced to. Let me be a productive member of society.

When I meet formerly incarcerated people, I never inquire about their crimes because that is not who they are. They are not that crime. Some of them have chosen to divulge what they were incarcerated for, and I can say that some of my closest friends were convicted of violent crimes, people who served 20, 25 years. Recently I even met someone who served 47 years. How much longer do we need to punish them for? They’ve already paid for their crimes. Nobody, nobody is beyond redemption. Can you remember what you were at the tender age of 16? Did you always make the best choices?

Most if not all of the formerly incarcerated people I know are people who are doing incredibly positive things in the community. We are agents of change, or more simply put we are modern day heroes—we are working hard to help the next generation and keep them from making the same mistakes we did. We are just trying to make the world a better place for our children and yours.

Leyla is hosting an event at Columbia this month called “Unlocking Potential, a conversation moderated by Angie Martinez.” Details here.