The quote was spotted earlier today

“A person who is flat-chested is very hard to be a 10” is written on one of the stalls in the GSU girls’ bathroom.

This is one of the many quotes Republican presidential nominee Donald Trump said about women during interviews with Howard Stern from the late 90s through 2000s.

The quote is located in the far left stall of the girls’ bathroom on the first floor of the George Sherman Union. Other stalls in the bathroom did not appear to have anything written on them.

Underneath the comment it spells out “Make Amer A Say It Again” which is very similar to Trump’s campaign slogan “Make America Great Again.”

Some BU students aren’t sure this is in support of Trump or being used to call him out.

“I hope whoever put it there did it as a joke. Even if it was done as a political statement, it makes women feel bad about themselves.” said sophomore Gabrielle Turi. 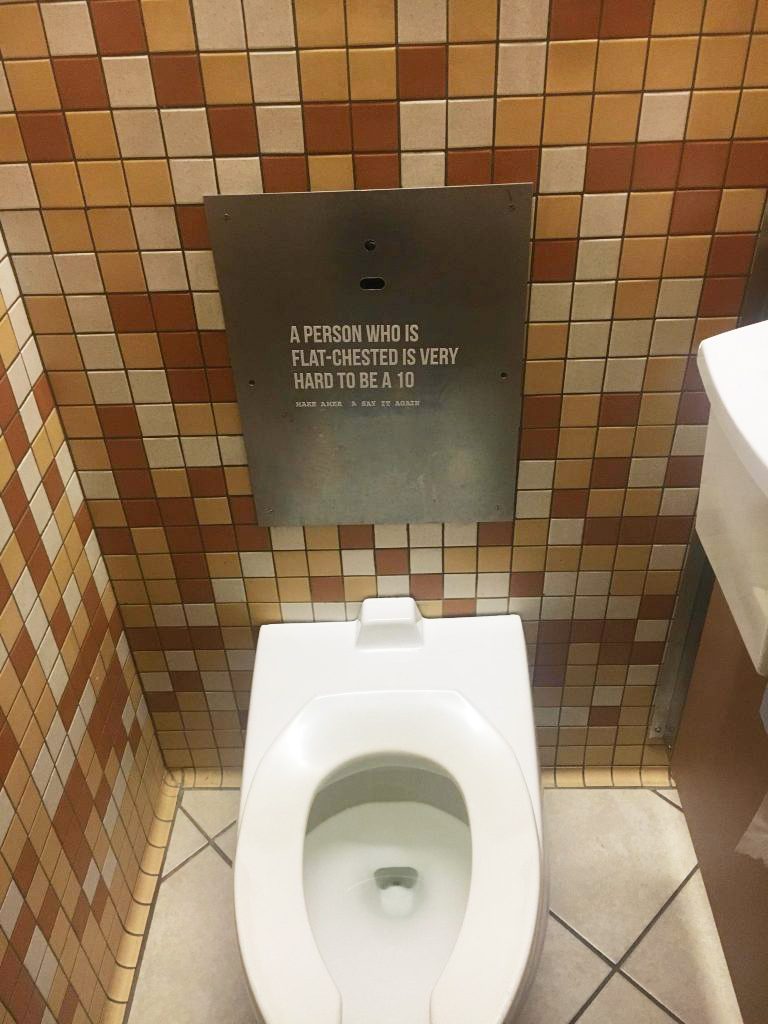 Two weeks ago a tape leaked from 2005 shows Trump making comments about sexually assaulting women. He says “When you’re a star they let you do it, you can do anything,” and “grab women by the pussy.”

Since then more women have come forward with claims about Donald Trump’s unwanted and unwarranted touching.

These reports have some girls questioning how he can be considered “great.”

“I don’t understand how Trump’s actions equate to making America ‘great.’ His idea of ‘great’ is just sexism, racism and hatred. I don’t get what’s so great about that.” said sophomore Jessica Petro.

The quote in the GSU bathroom stall was spotted earlier today but there is no information as of yet about how long it has been there or who put it there.