Hillary Clinton is coming to ASU

She’s hot on the tails of the Trump trail

Hillary Clinton will be gracing us with her presence at the Sun Devil Fitness Center this Wednesday for an Early Voters Rally.

As if ASU hasn’t yet had its fill of political visits in the last few weeks with visits from Chelsea Clinton and Donald Trump Jr.

Went to see Chelsea Clinton and wrote a lil article about it, link in bio xox (cringe)

Although first mentioned as an event for Phoenix, today it was announced that Clinton will come straight to campus to talk to students directly just a week before election night, following the lead of Trump Jr who called on millennials to use their votes to support his father and the so-called ‘American Dream’.

He was met by a protest from anti-hate campaign groups ProgressNow and Not Who We Are. 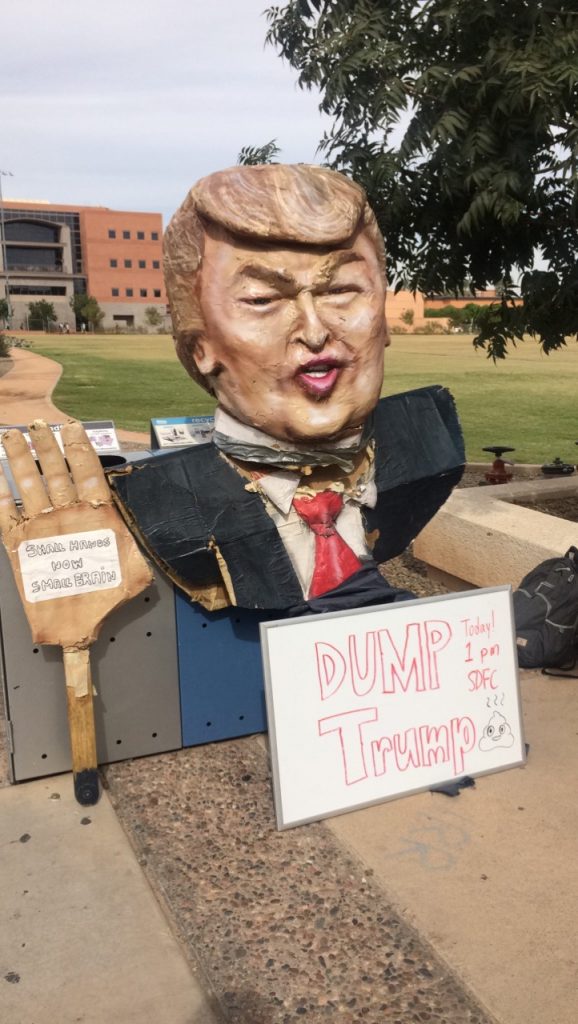 Arizona has seen a huge increase in political attention in the past few weeks since becoming a historic battleground state, calling for a visit from Michelle Obama at the Phoenix Convention Center on October 20th. If Hillary wins Arizona it will be the first time in decades that we turn blue.

See Hillary this Wednesday at the SDFC at 6:30pm.