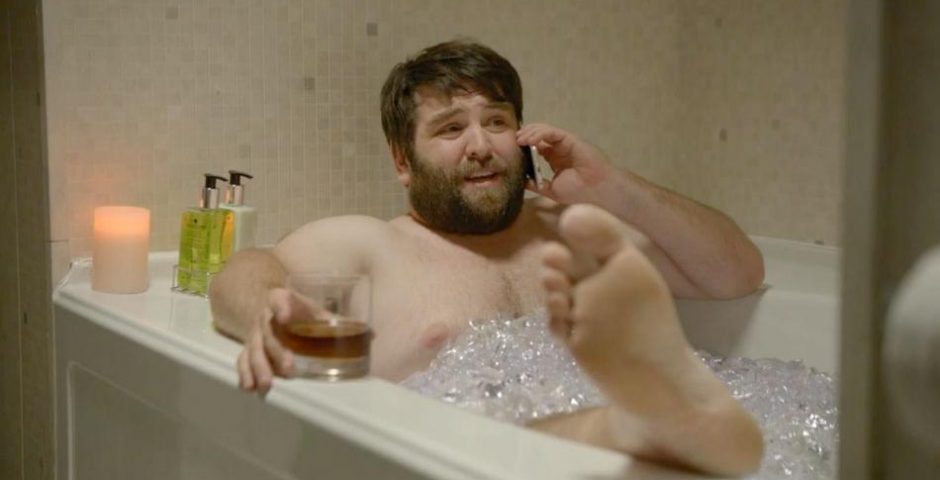 Whatever happened to leaving a sock on the door?

After a long day of sitting in class lectures and listening to campus preachers promise that you’re going to hell, you finally have time to catch up on the season finale of Rick and Morty.

Disappointed with the episode, you close your laptop and scroll through Instagram. Nodding off, you absentmindedly ‘like’ a picture on your hot professor’s dog’s account when suddenly, you feel your bed to begin to shake.

Paralyzed, you brave the storm and hold your breath until he climaxes.

Finally, he finished, albeit quicker than you expected. Your bladder is about to explode, but you won’t risk going to the bathroom, because then he’ll know you know. You grin and bear it, and vow to never let your kid live in a dorm with a bunkbed.

Here are some of the worst — or best—roommate sex horror stories:

Three of my dormmates were clearly quite happy that I'd managed to take a girl home after a night out, and so they decided to storm into my room while I was having sex with her, and serenade us with “Everlong” by the Foo Fighters. They were all in their boxer shorts, and one was playing a guitar. Despite their intentions, it didn't make the mood any more romantic, so I promptly told them to go fuck themselves.

I once hooked up with this guy on the bottom bunk of his tiny dorm room while his roommate slept (I hope) like three feet above us on the top bunk. Oops, sorry Brian.

I woke up at 4am on a day I had work to my roommate blasting Beyonce. I opened the door, and his girlfriend was lying naked on top of him. I said, "I get it, I love Beyonce, but can you please turn it down?" and they just stared at me.

My horrible roommate from last year was broken up with and went on a fuck spree. She was so inconsiderate and had sex super loudly even though she knew I was home.

One day I got back from dinner with my boyfriend’s parents and she was fucking on our sofa and yelled, "ANGGGIIIEEEE NOOOOOO" when I opened the door. Needless to say, I moved out like a month later cause things were SO bad.

My roommate freshman year walked in on me riding my boyfriends dick and instead of like closing the door and leaving, she proceeded into the room, sat at her desk and started studying. Mind you, this was 15 mins after she had told me she wasn't coming back for a few hours and she very well knew I would be having sex.

While in the middle of having sex, my roommates started banging on my door 'cause they wanted to buy weed from me. I told them to go away, but they were drunk and really wanted to smoke. So, I put a robe on real quick with my erection and sold a gram, got the cash, then started doggy style again. Then, halfway through, the girl I was boning was like, "wait, what?" I was like, "uhhh, drug deal?" and she got turned off 'cause she didn't like weed.

My freshman roommate’s greasy and unbathed long-distance boyfriend visited us at our Jesuit Catholic university. He lives seven hours away so he stayed with us for a few days, but since boys couldn’t be in our rooms past 10pm, he would sleep on the floor of the public restroom in the lobby downstairs.

The first day in, I opened my door to see them both completely naked, clearly getting it on in her bed. When she heard the door open, she looked up, locked eyes with me and made some kind of panicked noise before I backed right out the door. I spent the remainder of my evening in the lounge watching Netflix, trying to erase what I had seen from my brain. I couldn't.

I think my roommate is having a sex dream, sis started moaning out of nowhere while she was asleep

I had my own room for all three years because I lived in a country (England) that had respect for students. But, once I left my door unlocked and my flatmates took a pic of me boning and put it on Facebook.

i just walked into the most traumatizing experience of my life…. my roommate having sex PLS SOMEONE SEND HELP I CANT BREATHE

I walked in on my roommate and her boyfriend in bed one day and both of them were totally naked under the sheets. I acted like I didn't know they were doing anything and went straight to my desk, pulled the chair out and sat down.

The way her bed was lofted, she couldn't get down without asking me to move my chair, so they were both stuck under the sheets with their clothes across the room. I let them sit there and suffer as I did homework, acting oblivious. It was a nice version of revenge after all the inconsiderate things she'd done.

Freshman year my roommate and her boyfriend would always wake me up super early in the morning from having sex in her bed DIRECTLY across the room from me. Every time, without fail, I'd escape to the bathroom so I wouldn’t have to hear him finish, only to return to them saying, "Oh did we wake you? So sorry! We weren't trying to be loud!" She could've at least asked me to leave for a little bit so they could do the dirty in private!

Y’all. I walked in on my 17 year old roommate having sex with a 40 year old man? In MY dorm room

I lived in a suite with very Christian girls who don’t believe in sex before marriage. For an entire year I had to sneak boys into my dorm and often resorted to using the laundry room. One time, my roommates texted me she was coming back to the apartment while I was having sex with this guy. I messaged a few people from my floor to stop her from coming in because I was busy. That worked, but I forgot about my other roommate who was on her way home. She walked into the apartment as the guy slapped my ass and she heard. It was really hard to be a fuckgirl in a room of religious Christians.