‘This is for the national anthem you pieces of shit’

A video has emerged of a white student throwing beer on two black men for kneeling during the national anthem at a Lakers game.

Haley Perea, a student at California Baptist University, is seen hurling her drink on the two men and saying: "Excuse me, this is for the national anthem you pieces of shit."

Her classmate Savannah Sugg recorded the clip and uploaded it to Twitter the caption: "'Take a kneel for the land of the slaves.' Disrespect our flag and our country and that's how we'll react."

The two students deleted their social media accounts after the uproar that followed. Many have called for Perea and Sugg to be kicked out of California Baptist University and fired from their jobs (the restaurant where Sugg works confirmed to The Tab that she is still employed by them). 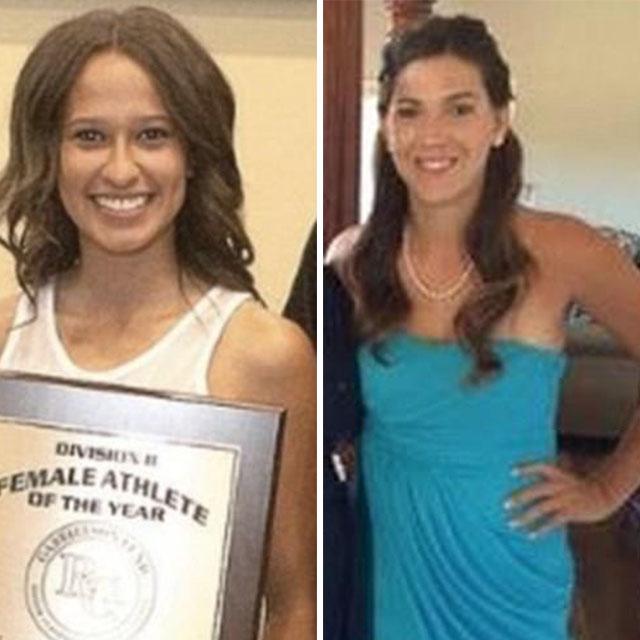 Since they posted their video, it has also emerged that Perea has repeatedly tweeted the n-word: 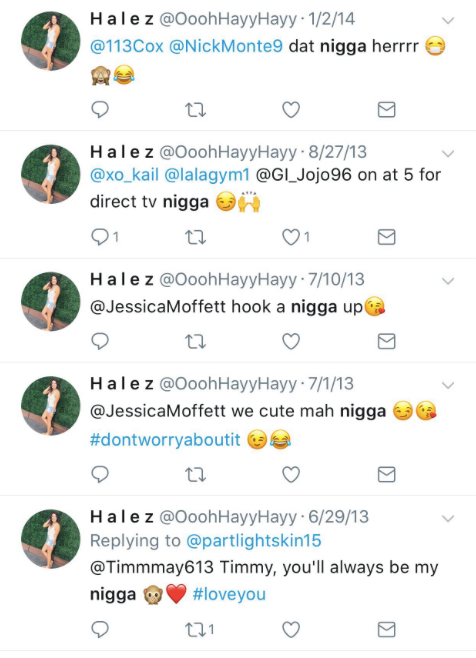 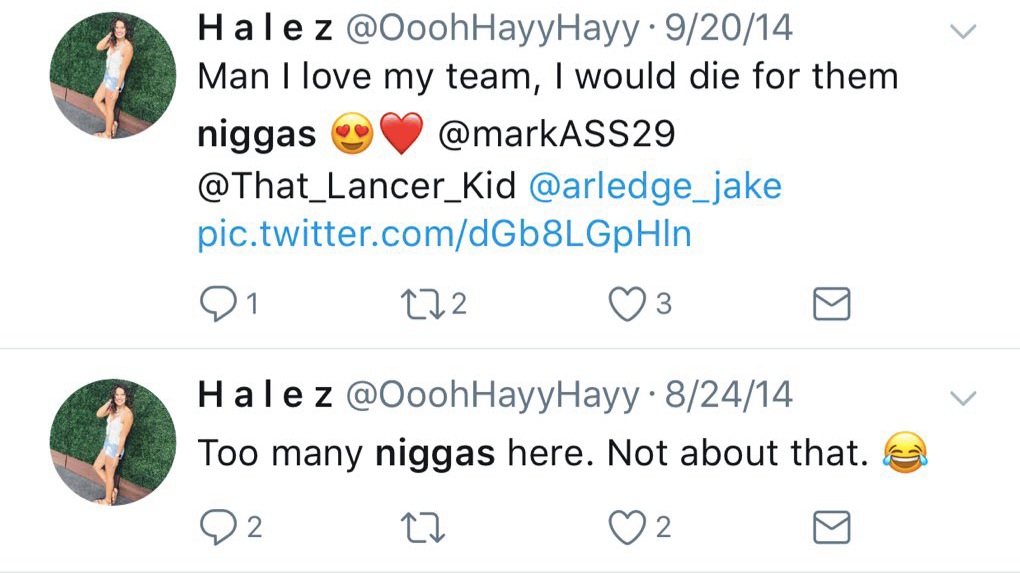 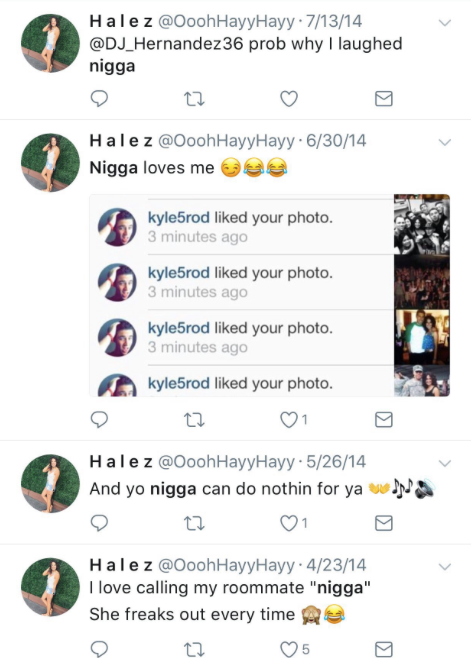 A close friend of the two Lakers fans told The Tab they are planning to press charges for assault and hate crime.

"I was not there but my friends came over right after the incident," said Tony Messina, a student at a community college in Riverside. "They didn't stand during the national anthem, and during the fourth quarter is when the girls threw the beer on them. They tried to chase after them to make sure they were caught, but a little bit later they were assaulted by this other white guy. I guess the girl went up to the students and so he came up to my friend. He ended up putting up my hand around my black friend's neck, and said: 'boy, you need to be put in your place.'

"The police came, and after two minutes of questioning, they let that guy go. They were upset, they were bewildered. They couldn't believe what happened to them. They really did nothing wrong. Those girls can't just get away with this, or they'll keep thinking it's OK."

There are a lot of people online currently calling for CBU to respond to what Perea and Sugg did, with some comparing to it discrimination from the Jim Crow era.

@calbaptist It is your responsibility to publicly condemn the actions of students Haley Perea and Savannah Sugg.

@calbaptist Haley Perea & Savannah Sugg publicized own racist crime. You have an Honor Code — do you have honor? Do not downplay this.

.@calbaptist, you good with your students verbally and physically assaulting people for exercising their 1st amendment rights? https://t.co/4vBvgU2Gky

can racist nationalists get away with anything now? @calbaptist, they're your "christian" students. what's your answer? https://t.co/q9dmPC3srU

My daughter is looking to go there for College next year. I’m having second thoughts ???‍♀️

"California Baptist University does not support or condone such behavior," he said. "Based on the video, the incident did not take place on our campus. Nonetheless, CBU takes such behavior very seriously; we will investigate, and take appropriate action."