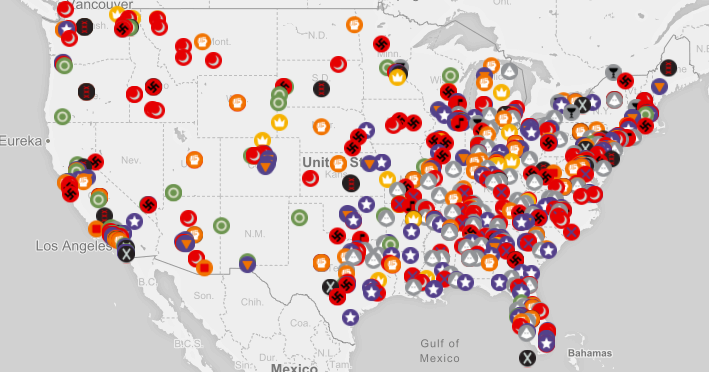 These five states have the most hate groups in the US

They contain 284 of over 900 registered groups

Southern Poverty Law Center hosts a hate map of the United States. They have been documenting various hate groups and their activities since 1999. The number of hate groups peaked at 1,018 in 2011, but they are once again on the rise after a low of only 784 in 2014.

The SPLC is “dedicated to fighting hate and bigotry, and seeking justice for the most vulnerable members of our society.” They’re also attempting to teach tolerance.

The hate groups have been organized onto a choesive map, broken down by state. 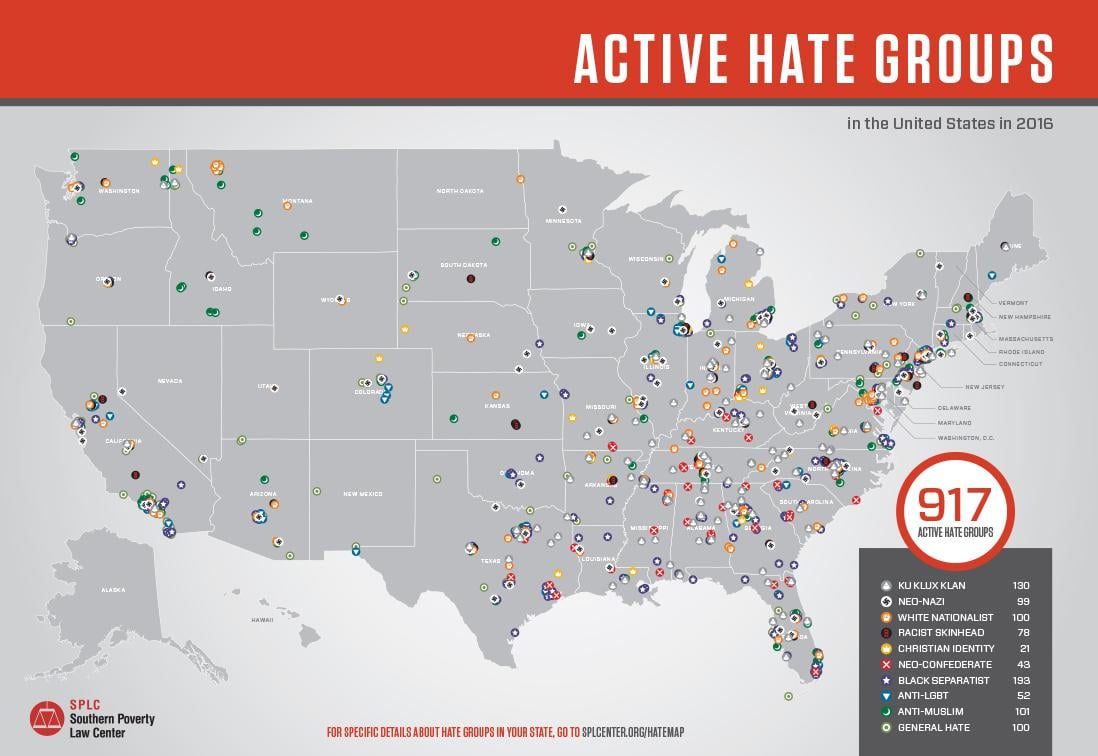 These five states have the most hate groups in the United States.

Most of California’s hate groups are clustered around four major cities: Los Angeles, Sacramento, San Diego, and San Francisco. The majority of these groups are black separatists, general hate, and anti-Muslim groups.

Florida’s hate isn’t so much clustered around the major cities, as it is spread around the state. Almost a third of the hate is made up of black separatists, 22 in total.

Most of the hate groups cluster on the east side of Texas, especially around the major cities of Houston and Dallas. Once again, black separatists continue to have the largest quantity of groups, 14 total. The Ku Klux Klan follows shortly with 9.

Unsurprisingly, most of the hate groups in New York state are clustered around New York City. Only 14 of the groups are outside of the city and its closely surrounding areas. Half of the groups are composed of black separatists, white nationalists, or anti muslims.

There aren’t as many clusters in the state, but the general trend remains the same: black separatists, the Ku Klux Klan, and white nationalists remain the largest groups.

To look at more details and more states go to SPLC’s hatemap.