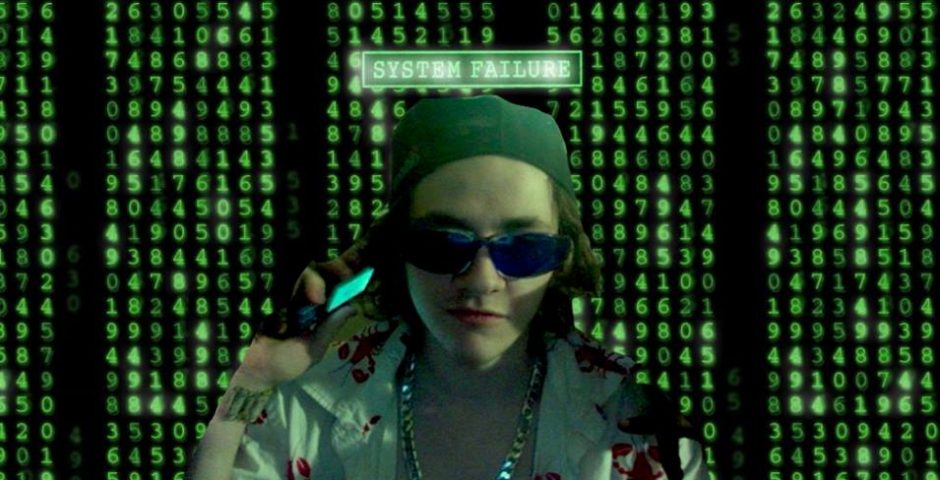 We sat down with NYC rapper Yo Chill

A little chill is what the rap world needs

“Art is bullshit.” So quoth ballsy NYC-based rapper Yo Chill – and in today’s climate of hollow, commoditized art, he’s not wrong. The preening, the posing, the press-releases and the… well, chill-free self-promoting that has infected the rap world has seemingly bypassed Yo Chill completely, resulting in an effortless individuality that might cause advertising executives to run screaming. His taunting bars, his filthy beats, his scrappy DIY visuals, his DGAF Internet presence – all these factors mark Yo Chill as an artist to watch. Musicians who spend more time picking out personal stylists than clocking in time at the studio – take notes. We caught up with the rapper via email (to preserve his style of writing all answers are his exact words/spelling) about, among other things, his process, plots and plans, Arnold Schwarzenegger, Y2K, the Matrix, meme culture, and green blood.

Give us a peek into your creative process. What goes into the crafting of a Yo Chill track?

Usually I stay up til sunrise makin beats fuckin wit different loops tweakin sounds nd shit.  I need sleep however nd rap in my dreams.  When I wake up I got a library of beats 2 express Myself 2 Upheel?  I think in rhymes and write down bars that I want 2 share.  When i step in2 make a track i jus find a bar that fits said beat. This 1 bar is tha start of tha song nd fr tha rest of tha instrumental i peice 2gether freestyles until it is a final product. I record in my crib wit a USB mic and fully produce the sound myself.

In an industry that often plays it safe, what will you do to shake up the music world? What would you like to see change about rap in 2016?

Well it seems in rap these dayz cats be odee confident in their abilities and all wanna be independent from tha industry cuz they known 2 rip artists off.  But I fully admire tha times when classic LPs were shaped in a professional process as apposed 2 tha DIY style of tha internet in these Y2K times.  All I kno is 2 rap about shit i care about which happens 2 be more than drugz nd fly clothes nd sweethearts.  I got shit 2 say bout humanity.. our history…. our future… our myths

What artists have influenced you over the course of your growth as an artist? Whose work is exciting you right now? 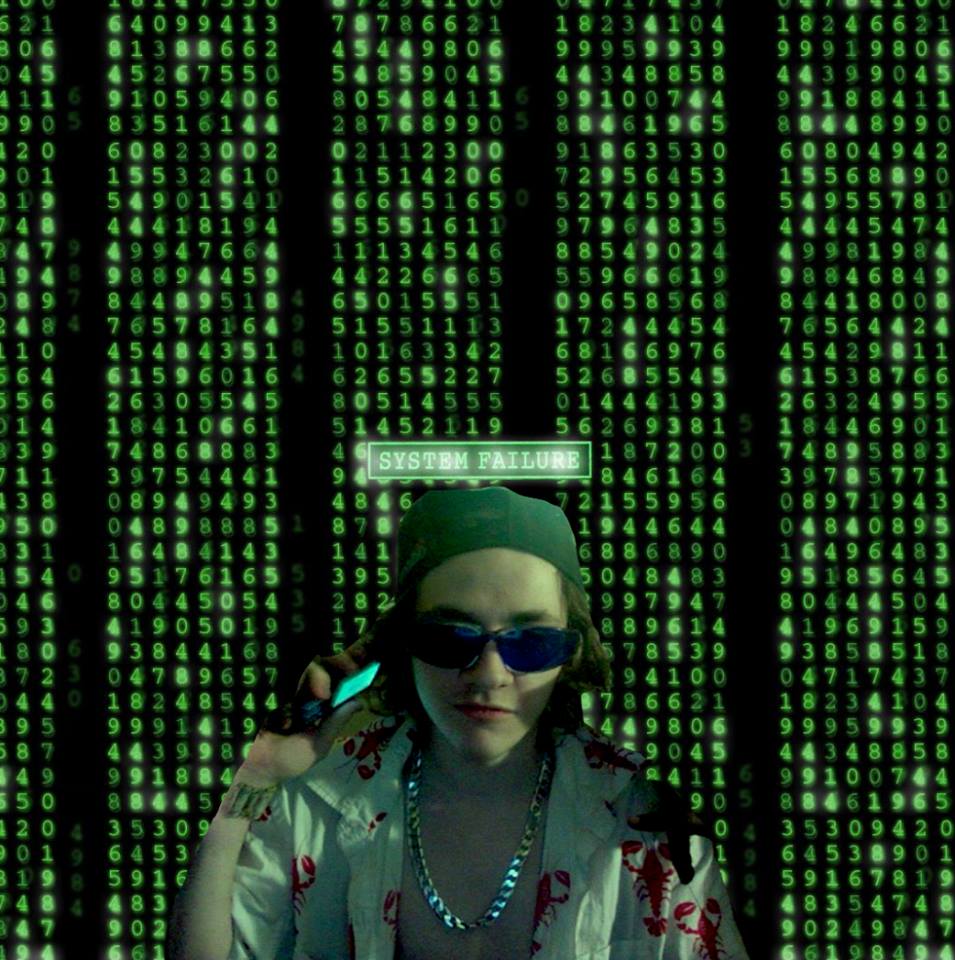 You’ve collaborated with a slew of exciting New York rappers. What do you look for in a collaborative partner?

Well I supa only collaborate wit members of tha EceeDub/Freemind Syndicate… These Phoolz is crazy W2.. Idk wht 2 even say bout them cuz tha collective is deep and every individual speak fr themselves but U gonna see lml.. u gonna see.  We embody the future and tha past nd we slammin ya ear drumz in legal/lethal chokeholds

Your album artwork features mad, bold blends of fonts and iconography. How do you come up with your graphics?

I dont got photoshop I jus use tha program preview it comes wit mac computers nd shit and u may not even kno u can edit photos on that shit.. its pretty limited but i bin usin it since a jitt so I know how 2 cater 2 wht i see in my dome..  Whn i make tha covers Idk I jus be thinkin of like arnold Shwarzenegger like sum terminator shit.. I want my covers 2 look like dolla billz wit pyramids on em… comic book covers of tha digital age

The visuals in your video for “WEEDMAN” immediately reminded me of the Slimepunk aesthetic that’s been pervading the Internet as of late. How do you feel about this style of net art?

My sun Lemee Bummasig edited that vid wit me and I wont hold u idk wht slime punk is… but idk bout this whole aesthetic shit.. My blood is green.. We are in tha Matrix its not really about art..

Tha weedman visuals is fully not a conspiracy its jus pieces of truth that u could connect if u werent staring at ur phone ya dig.  Tha concept could be terrifying but it is truly righteous. tha weedman video didnt use FX everything naturally look like that threw tha Y2K TV camera.

You’ve been exploring the theme of Y2K lately – tell me about your feelings on the year 2000 and what it symbolizes to you.

Fully Ill Tell u RN that its not a symbol.. Y2K happened in tha year 2001 that is the first year of the millenium for 2000 is actually tha last year after 1999.  Y2K is jus a way of identifying tha shift that humanity has taken since then… 9/11 occured in this year and it was tha dawn of a new age… we dont really got privacy any more and as chlidren are raised on Ipads we begin 2 see a different type of human.. I wish 2 be remembered as one of tha final bastards of tha 20th century.

Tell me about your live performances. What should one expect from a Yo Chill show?

Yo Chill show gonna be good fr u bayby U see we dont jus perform tha Music we play games. we explore tha audience.. We like 2 party nd converse.  we was raised on rock and roll so sum Yo Chill concerts feature a band.

You recently lobbed some criticism of memes, hashtags and other aspects of youth culture. What’s the worst thing about kids today?

Idk yo.. I jus pheel like that shit can be type alienating.. if tha kids like it let em be.. I dont really condone tha internet seein its potential somewhat wasted… i know im usin it rn 2 get these questions across tha entire earth which is impressive… but alotta kids use tha internet 2make sarcastic remarks about how depressed they are and shit.. Its called a fucking diary bitch perfect ur handwriting..

What’s on the horizon for you as an artist?

Tha earth is a sphere tha sun is rising… but the sun doesnt rise in space it is a perception from our planet nd we use it 2 calculate time its pretty fuckin awesome.. I want 2 write books i wanna write movies.. make soundtracks… videogames i wanna make buildings… churchs .. Pharoah shit… I wanna make new drugs.