Give credit to Donald Trump (even if it pains you to do so): his insistence on calling Hillary Clinton “crooked” is a brilliant tactical move.

It transcends the schoolyard cheapshots and the not-so-subtle racist jab that have marked his previous name-calling crusades. The adjective “crooked” gets to why conservatives strongly dislike Clinton. (It’s also a much catchier word than, say, “fraudulent” or “deceitful”.)

So why does this move feel like it’ll backfire?

The answer is LyingCrookedHillary.com. (You can find it here. Click if you dare.) Announced a couple days ago and formally launched this afternoon, the site was purchased by “Donald J. Trump for President, Inc.” And after going through the front page, there’s no mistaking it. 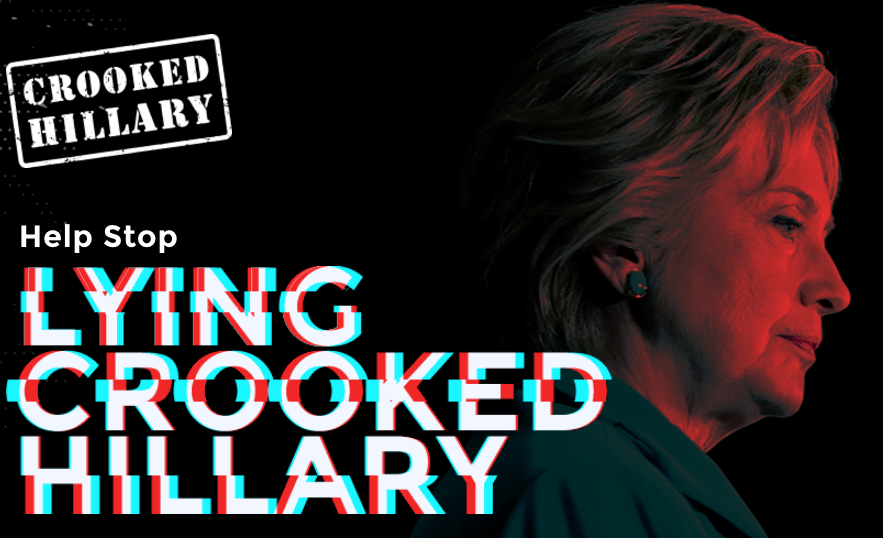 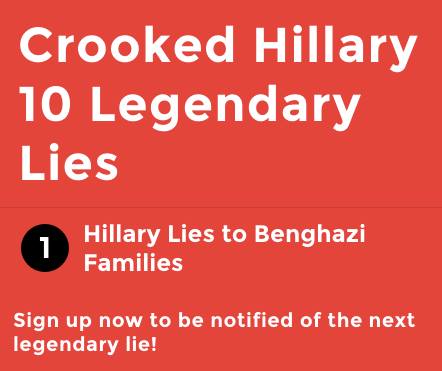 Let’s start with the name itself. Yes, “lying” can be an adjective. Syntactically, however, it sounds awkward when paired with “crooked”. And all together, “lying crooked Hillary” is seven syllables; there’s no reason why any site name should have more than five.

Then there’s the top half of the page. Clinton is photographed facing the right half of the page, from the shoulders up. Her face, given a spoooooky reddish tint, conjures up images of the Red Skull. On the left half is “Crooked Hillary” encased like a CIA case file; below that, “Lying Crooked Hillary” has the same static form of an F Society video. Hillary Clinton isn’t merely running for President, my friends. No…she’s running for President OF THE WOOOOOORLD!!! BWAH HA HA HA HA HA!!!

The bottom half of the page – the meat of the site – covers the numerous “lies” that Hillary Clinton told about Benghazi. Look, we all knew Benghazi was never going to go away. Hell, it won’t go away even if she becomes President. But what’s striking is how much the Trump campaign has bought into it. Below a minute-and-a-half video that, as of now, has 20,000 Facebook likes, is a 250-word, Unabomber-esque tirade that looks like it came from Trump himself:

Hillary has no shame! The Benghazi attacks were a preventable tragedy disgraced further by Hillary’s web of lies.

But she didn’t only lie about what she knew about the Benghazi attack; she had the gall to say that she never told the Benghazi victims’ families that the video was to blame – essentially calling THEM liars.

If the point of LyingHillaryClinton.com is to portray Hillary Clinton as the Illuminati crossed with Cruella De Vil, then it’s a massive failure. But if the site is a way for Trump to do his best Alex Jones impression, then consider it a success.