I’m black, I’m from the South, and I’ve never been discriminated against

At least I don’t think I have…

I want to start this by saying, I’m an optimist.  I’m not cynical at all. I always assume the best of people until they prove otherwise. This is probably why it’s not my first instinct to believe that, when people have a problem with me, it’s because of my race.

I grew up in the suburbs of Atlanta, Georgia. While my neighborhood was predominately white, there were a couple of black and Asian families that lived there too.  My parents made it their duty to meet everyone which wasn’t very difficult because most of the families had kids my age. I went to school with a lot of the kids and we would often go on play dates and invite one another to birthday parties. My neighbors were always very nice to me and I never felt they held any prejudices against me. 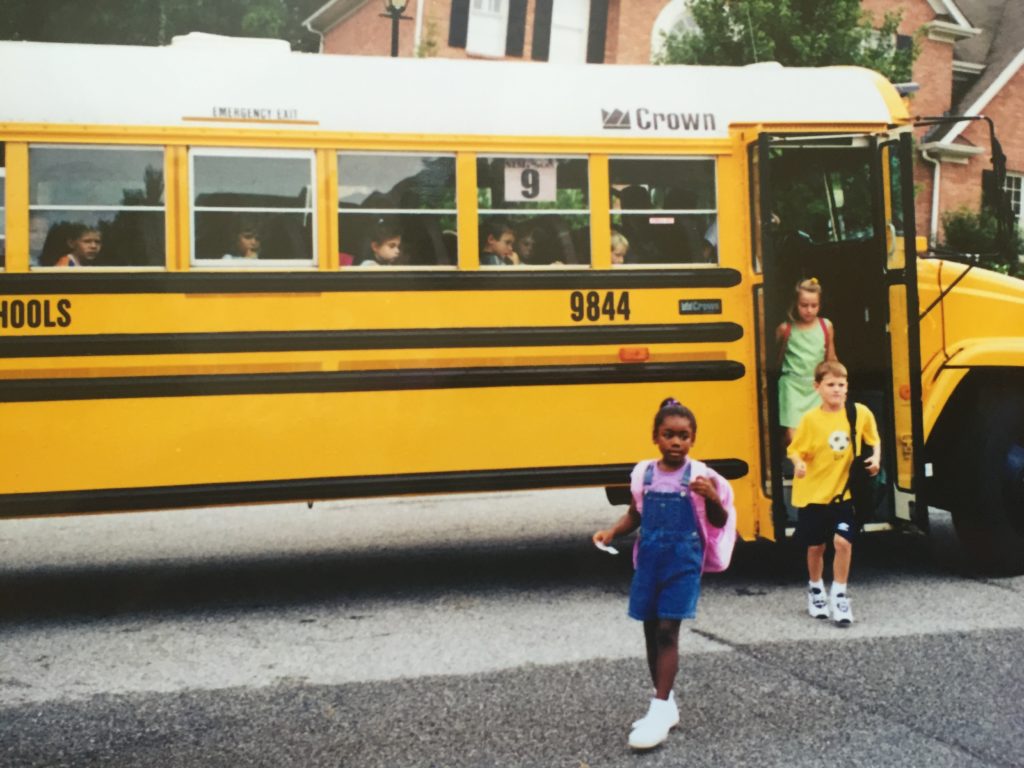 I never felt discriminated against in school either. I went to a predominately white elementary school, but after 4th grade my parents specifically chose private schools with plenty of diversity for me and my sister to attend. Therefore, I was probably not in many environments where discrimination was commonplace.  I also feel that Atlanta in general is very diverse. While racism still exists in the city, (I witnessed someone come up to my Asian friend and ask her if her family owned a nail salon) it’s probably not as common as it is in the rural areas of Georgia.

My parents also made an effort to prevent people from pre-judging me. They gave me a pretty mainstream name. Anyone looking at an attendance sheet or a job application would not be able to tell my race right away. They also made sure to correct me when I started speaking with a Southern drawl because they knew many would equate such an accent with a lack of intelligence. Upon meeting me, people usually suspect I’m from the North. So perhaps, I wouldn’t be discriminated against as easily as someone with an ethnically diverse name or someone who spoke with a thick Southern accent.

My parents were very cautious when making these types of decisions because they were born in the late 50s and early 60s, a time where racism was more overt. They have much more experience with racial discrimination. 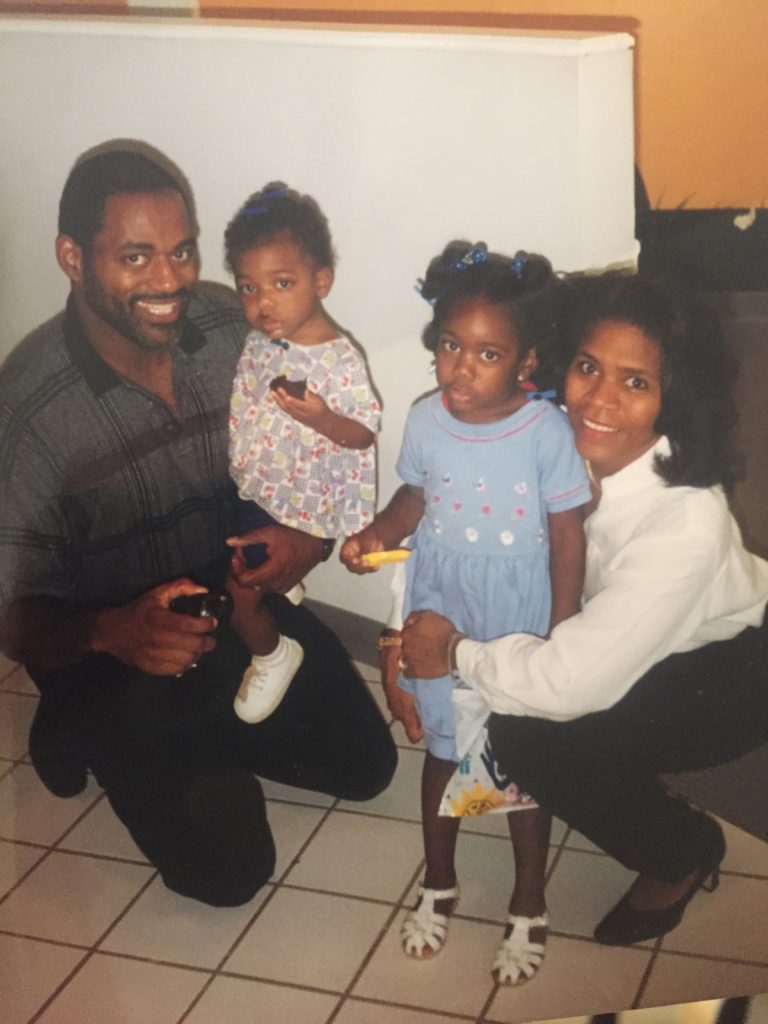 My mom told me stories of how the high school in her Alabama town crowned black and white kings and queens during prom and had separate after-parties. She also told me how she had a phone interview with people who seemed very enthusiastic to see her in person but seemed very apathetic once she showed up and even rushed her out of the office. The phone interviewers assumed her voice was that of a white person. My dad once told me he learned that he was interviewed for a company only because they wanted to say they interviewed a person of color. He also said a group of white men yelled the “N” word out of their truck when he was walking on his college campus.

Since I’ve never had experiences like those, I usually assume it’s for reasons other than my race when people are rude to me or if I don’t get chosen for a particular opportunity.  For example, I searched for a part-time job the first few weeks of May. I must have applied to about ten places. I didn’t have any experience in the service industry nor had I had any sort of paying job before. I brought a hostess application to one of the more popular and high-end restaurants near me and sat down with the manager for an interview. The manager was white and none of the other hostesses were people of color. However, I assumed not hearing back from the company had more to do with asking the manager to explain to me exactly what a shift was than with my race. Plus, he was the same manager who hired my black friend and her sister a few years prior.

Another example is Thanksgiving Day last year. My mom asked me and my sister to go to the grocery store to pick up some things she had forgotten. We were in Kentucky, where most of my family lives, and of course all of my cousins wanted to tag along. So picture six of us in a grocery store, my cousins acting rowdy, laughing at the top of their lungs and tossing all of this junk food into the cart. When we finally went to the front to check out, we went over to a clerk who wasn’t helping anyone, she was white.

She frowned at us when we came up to her register, had an entire conversation with someone behind her before ringing up our food. She spoke in a monotone voice and seemed to want to be anywhere else but helping us. As we walked out, my cousins seemed bitter about the experience and concluded that she probably didn’t like black people. Optimistic me, on the other hand, thought that she didn’t want to be working what I imagined to be a pretty long shift on Thanksgiving Day and deal with a bunch of rowdy teenagers. 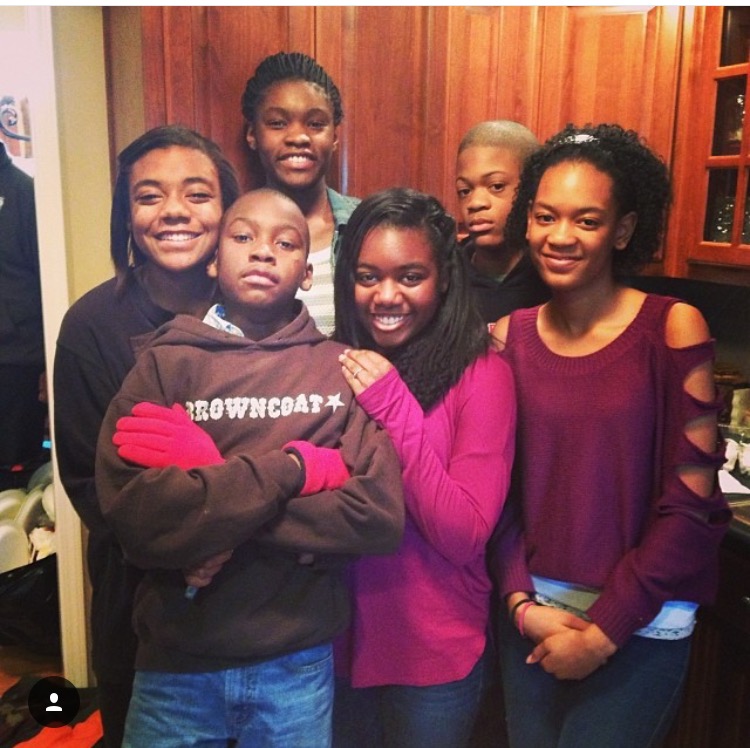 Me in the center with my cousins during Thanksgiving

I think the only instance where I even mildly questioned whether or not someone disliked me because of my race was actually at school, in Indiana. There was one girl on my floor who I would always greet in my hall or outside our dorm and she would never say hi back; she would never even give me a second look. In the bathroom, she would brush her teeth in the big stall with the sink and close the door, regardless of the counter not being crowded.  But she would always talk and laugh with some of the other white girls on the floor. Even my roommate started to question if she was racist.

Finally on the Friday before winter break, she came out of a stall while I was brushing my teeth and I decided to find out once and for all if she actually hated me. I just blurted out a random question about what she planned to do over break. She actually smiled, like a teeth smile, and told me things I don’t remember. She even asked me about my plans for break and wished me a “very merry Christmas” before she walked out. People don’t add the very before the merry Christmas if they hate you, right? My roommate and I found out later that the girls she usually talked to on our floor were people in her major. We figured she was just more comfortable around them. 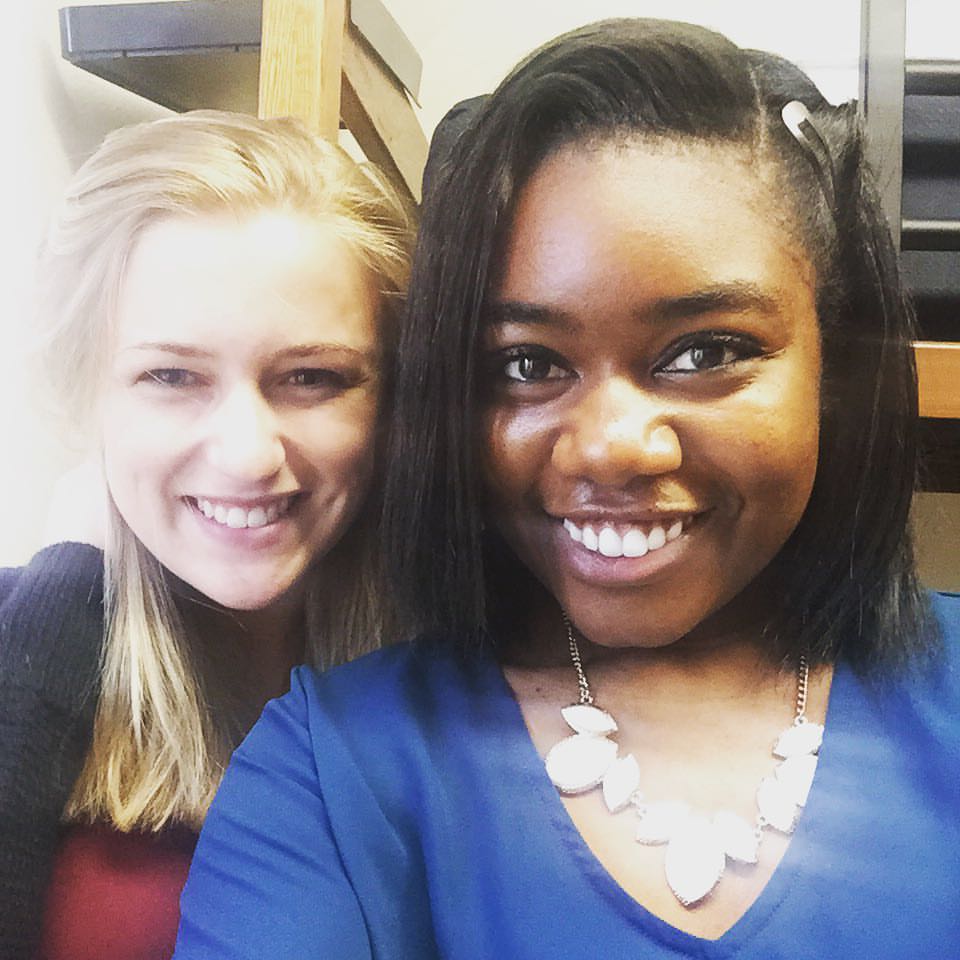 My roommate and I

I have no doubt that I will be discriminated against at some point in my life, and may have been already. That’s just the nature of the world we live in. Maybe it will be because I’m young or a woman or black or possibly all three. But I’m grateful to have grown up in an environment where I  didn’t experience any racial tension.

While perhaps idealistic, I hope to take on all my future endeavors with this same optimism.