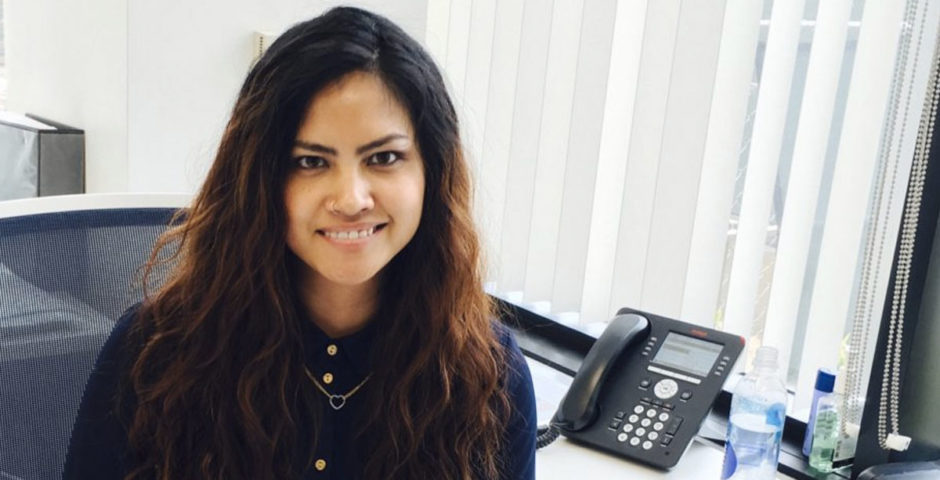 Closets should be for clothes, not the workplace

There are many lesbian career women who have chosen to not “come out” for fear of ruining their professional image in the workplace. I interviewed several women of color who wanted to share their stories of struggle and success about coming out in the work place. 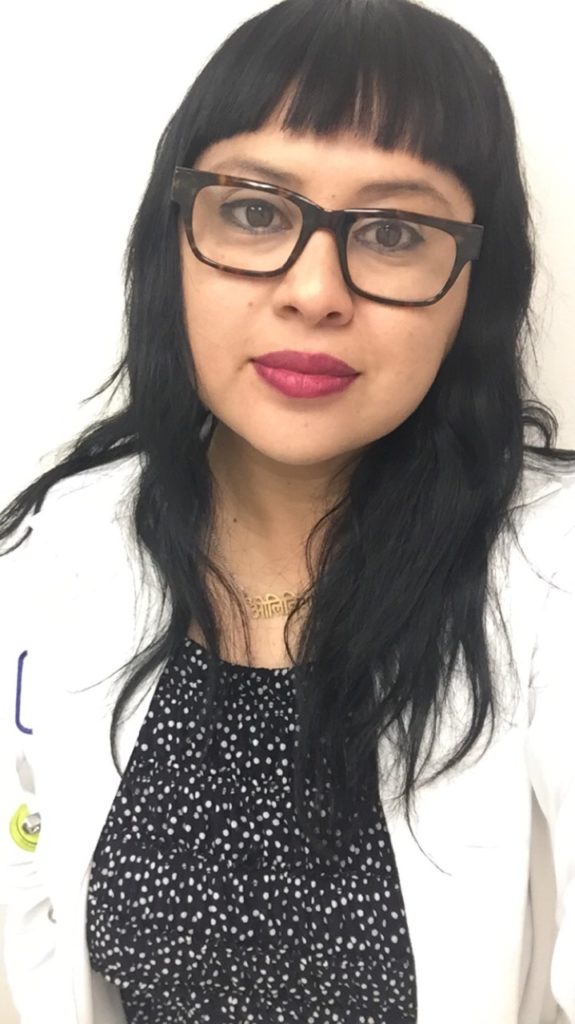 Olivia Bravo, 38, summarizes the experience of being a Chicana, lesbian woman of color as a form of “triple oppression’ in the work place: based on her race, her gender, and her sexual orientation.

As a first-generation college student, she described the journey to build her professional career as an uphill battle. Growing up to two hardworking immigrant parents, Olivia said at the time she came out to her family, “I felt like a disappointment to them and to be honest I still feel like a disappointment.

“I feel like my parents are very happy and excited I am the first and only child to pursue an education, because they brag about how I have a good job but say ‘oh but she’s still single and she still has no children.

“So I always feel good, but never good enough for my success.”

The stigma attached to being a lesbian in a traditional Catholic household fed into her fears about coming out in the workplace. Olivia works as a medical researcher and is not open to her co-workers about being a lesbian.  She tucks away her sexuality just like her tattoos underneath her professional attire.

She said: “I haven’t come out to my colleagues because I don’t want it to jeopardize any type of promotion I could qualify for in the future. I am very visible as I work with both patients and physicians and would not want them knowing my sexuality because it could interfere with my relationship with the organization.”

She feels more comfortable concealing her sexual identity because she does not desire to “defend her life choices. People will have their opinions and I have to respect that.” 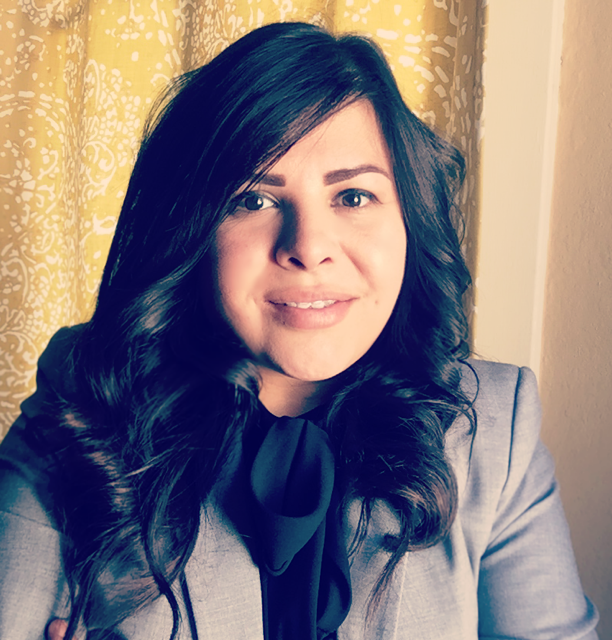 Vicky Preciado, 29, another Chicana woman and a project lead is also not fully open about her sexuality at her work, and makes a conscious effort to keep her personal and private life separate. From the beginning of her professional career, Vicky actively avoided uncomfortable conversations about her personal relationships with her co-workers.

Despite being in a long term, exclusive relationship with her previous partner, she admits, “Instead of saying I did a particular activity with my girlfriend last weekend, I would say I did that same activity with my boyfriend.” She went through the effort to keep a separate private life and even created separate Facebooks and other social media pages to avoid awkward confrontation in the break room.

“If other women at my work knew I was lesbian, I would hate that they’d accuse me of some ignorant thing like staring at their boobs or that I’d have a crush on them, because it obviously doesn’t work that way.”

Vicky engages with the obstacle of triple oppression in her workplace, saying, “Although we are in 2016, unfortunately as women of color we struggle a bit more to progress our careers overall. So we wouldn’t want something simple as our love lives to interfere with our ability to move up in the company.”

The majority of the management in her company is made up of women, but none of them are outwardly lesbian. Due to this she is inspired to be out in her professional life one day.  “I would feel more comfortable about my sexuality once I move up in status and salary,” she said.

“I believe it would be a great influence on other lesbian women that they could achieve the same.”

After the overturn of DOMA of last summer, Vicky witnessed a marked increase in conversations around the LGBT community overall at her work.  As discourse around the LGBT community continues to slowly flourish in her workplace, she thinks she’ll be able to gauge “who I choose to let into my personal life” based on the availability of safe, personal spaces for discussion.

Repercussions for women who must remain closeted

A Pilipina woman, 31, I interviewed asked to remain anonymous for this piece. “What I do in my own life and my own time shouldn’t impact how my work is viewed by the other people at my occupation.” She described how one of her managers explicitly said “I hate gay people.”

She said: “I fear all the time if he ever found out my entire relationship and reputation with him would be ruined.” None of her co-workers are openly gay and she is overall more comfortable keeping her professional and private life separate.

This woman reflected on the emotional trauma of being “out”-ed by a co-worker at her previous occupation. She was initially unaware her co-workers knew about her sexual identity.

“They started using sexual innuendos like licking a watermelon and joking about things I guess they thought represented being a lesbian,” she told me.

“Finally one day someone went up to me and told me what was going on. I could tell everything was different and I just felt extremely ashamed. So after that point I learned and grew not to bring my personal details into the work place.”

Workplace harassment continues to scar lesbian women who feel they need to remain closeted for their safety and ability to gain trust and respect.

She wishes there was more institutional support to actively protect the rights, recognition, and space for the LGBT community in the professional work space.

She said: “Businesses should find some better mechanism to protect those who fear being marginalized because of their sexual orientation. They need to move from just a set of policies to a shift in overall work culture that will actually provide the results necessary for people to finally want to come out and connect with others.” 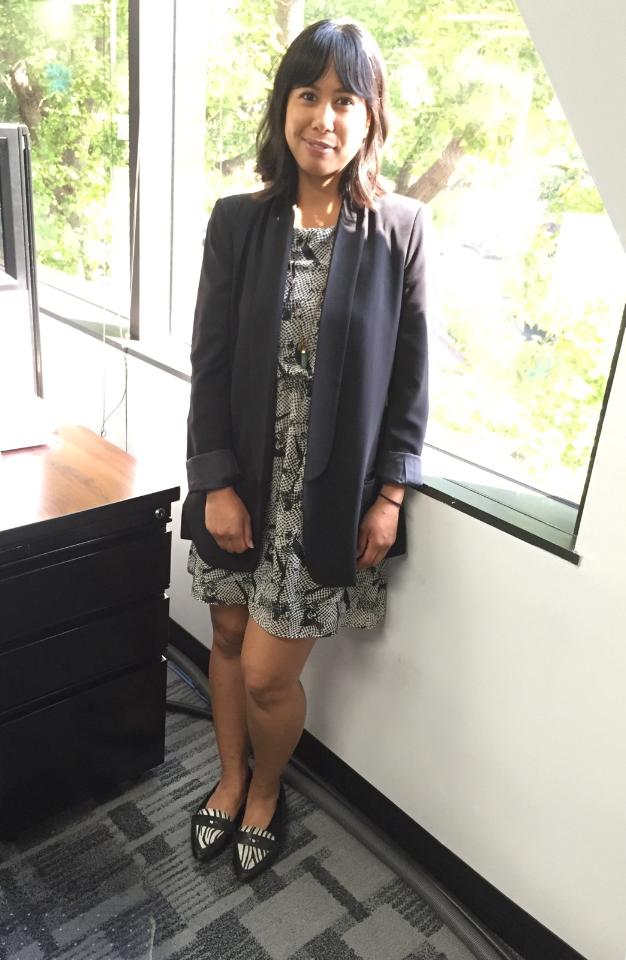 Melissa Espiritu, 31,  and an Application Analyst offers hope for young lesbian women to express their sexuality to improve their professional lives. Melissa is another Pilipina woman raised in a conservative household.

She said: “Once I came out to my family and dealt with the emotional pain and struggle of that experience, I felt like I could care less about how people at work viewed me if I had the support of my family members. I never thought my  super-Catholic, tough mother could accept me and when she did it made me believe miracles could happen, and everyone I care to let in my life will eventually accept it too.”

As a social worker, Melissa worked alongside older Pilipinos who she learned to be comfortable with, even when it came to the awkward silences and jokes made when they found out she had a girlfriend.

“I think I’d be miserable not being able to talk about my personal life,” she said.

“I love that I can talk with my co-workers about our relationships whether we all have boyfriends or girlfriends.”

Her ability to be upfront about her sexuality provides her with the confidence to educate and call-in her co-workers to understand some of their misconceptions and stereotypes need to change about the LGBT community.

When asked if she was worried at all about her exposed sexuality as a threat to future job promotions, Melissa remained untroubled. “I do not believe my sexuality has anything to do with my ability to work.

“Other lesbian women who fear opening up about their identity need to learn it’s all about confidence. Just be confident, work hard, and kick ass and nobody can touch you.” 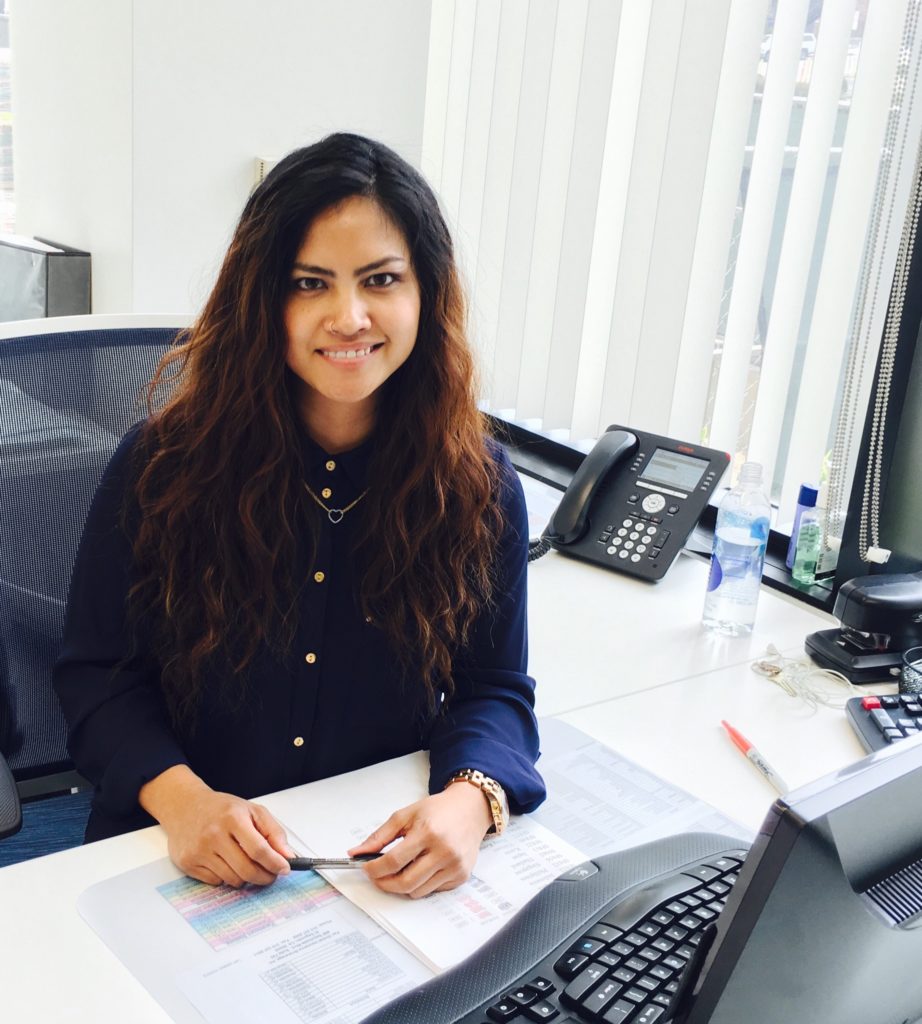 Maria Mendoza 32, senior claims adjuster is also a vocal advocate for lesbian women to come out in the workplace.

She said: “I never hide who I am. It’s not like I just say ‘Hi, I’m Maria and I’m gay.’ Just when it came to common workplace things like conversations with employees or bringing my partner to holiday parties, I never wanted to be that person who would not be able to experience that.”

At her multiple professions, Maria felt comfortable being an “open book.” She believes it breaks down barriers between  co-workers, allowing personal relationships to thrive. She explained how fortunate she was to have a very accepting work environment both at her previous occupation and her current job.

Although she understands it’s not easy to be out, she said: “When I first started and came out there was a lady in her 60s, an African-American lady who seemed rather conservative, she was married and had kids and we were all sitting at a table and it came out. ‘Yes, I’m gay’.

“I didn’t expect  her to be so awesome about it and she was. So you never know people could surprise you and I guess I’m just lucky I’ve worked with people who look past it.”

She also agreed opening up about her sexuality has not hindered her success . “I’ve already climbed up the ranks and plan to move higher up in my career,” she said.

When I asked her what advice she could offer to young lesbian women, particularly women of color entering the workforce, she said: “My best advice is to be natural. It takes time and confidence, it takes not shying away from conversations you feel like you can’t engage in because you find it too hard to come out.

“If people don’t get it, help them to understand. Make it flow. The more natural you try to feel about it and act about it in your workplace,  the more people around you should work to make it natural too.”