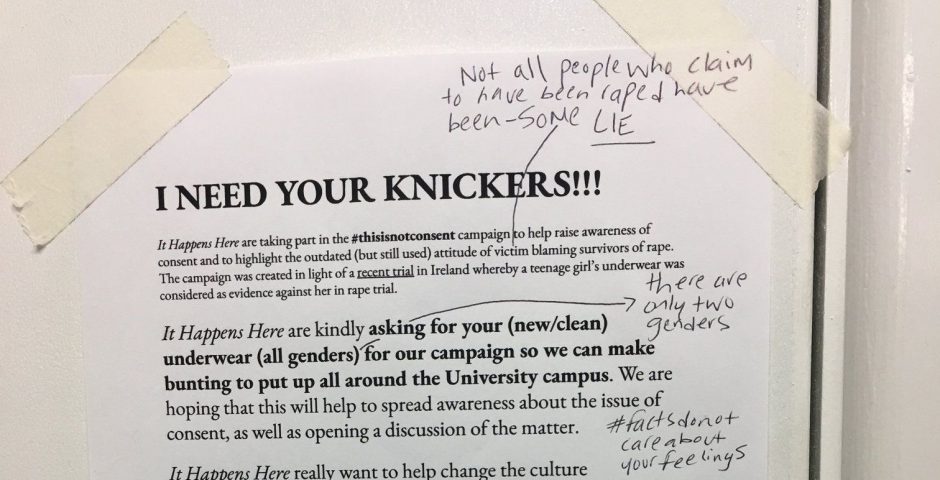 Posters for the Newcastle Uni sexual consent campaign have been vandalised

Comments suggested that ‘some lie’ about being raped

Comments were scribbled all over the posters including the following; 'not all people who claim to have been raped have been – some LIE', 'there are only two genders' and '#stopblamingmen'.

The vandal wrote about some of the figures on the poster that they were 'inflated statistics based on leading questions'.

A second poster read 'science says only two [genders]', '#BrettKavanaugh" and 'what about violence all together'.

Posters had been placed around campus about their current campaign, 'we need your knickers' which is being run by the Newcastle uni It Happens Here society.

It is part of the nationwide #thisisnotconsent movement which is working to remove the old fashioned opinion that rape victims are to blame. The hashtag arose after a thong was used in court as evidence blaming a rape victim. 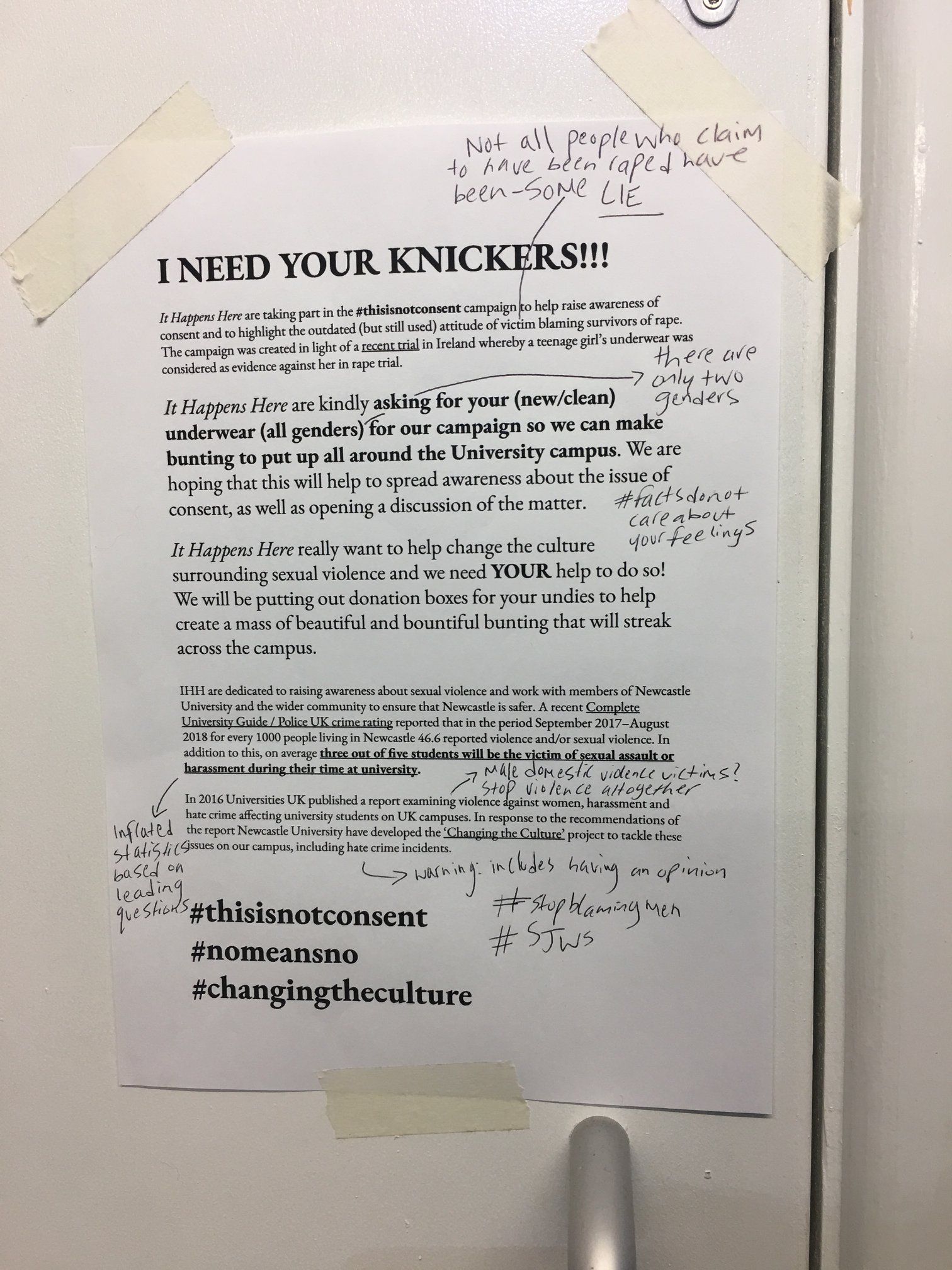 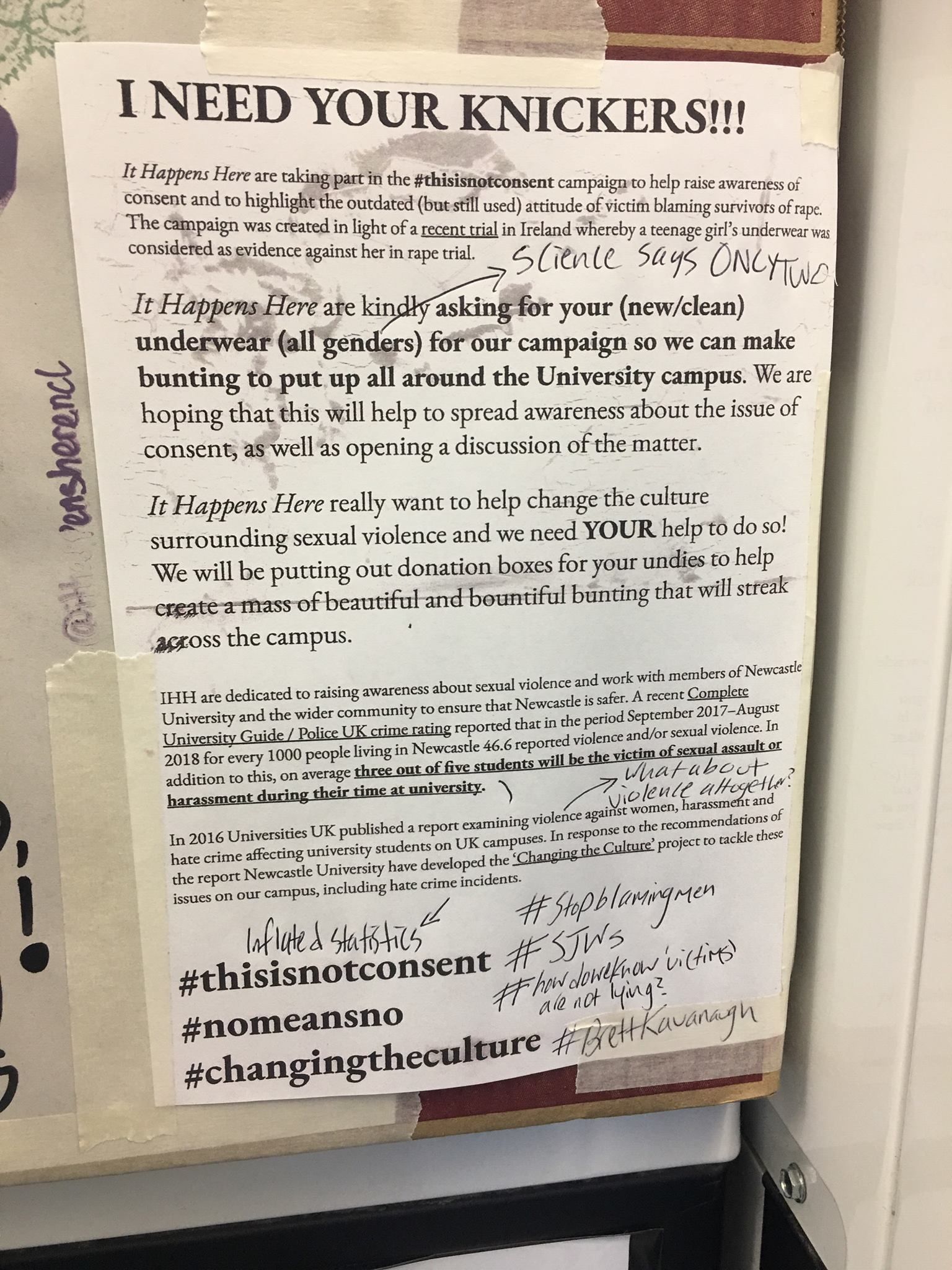 Speaking of the incident, Welfare and Equality officer, Jack Green posted on his professional Facebook page, "I'm extremely disappointed to see that some campaign posters for the Consent campaign being coordinated by It Happens Here, Newcastle have been vandalised. Open conversation is always welcomed, however the person who defaced this poster shows exactly why this campaign is needed so vitally on our campus."

He told The Newcastle Tab, "it is clear that there are still a lot of misconceptions around consent. The posters don't blame men, but instead the campaign is about putting the blame on rapists. Rapists are responsible for rape. The campaign is really important, as consent still isn't being taught in schools and colleges as it should be. Sexual assault happens so frequently. We all know people who have been touched in a sexual way without consent in a club. That is sexual assault, and its unacceptable behaviour. The Students' Union is trying to empower students through training, education and campaigns to be more than a bystander and stand up against the perpetrators and not tolerate it.

The University and Students’ Union is committed to tackling any forms of sexual assault or harassment on campus to ensure that our students feel safe. They are currently well underway with a large project, with a large commitment from the executive board of the University too who have also received awareness training on sexual assault."

Georgia Corbett, president of the It Happens Here society told The Newcastle Tab, "we were unhappy, but sadly not shocked. Honestly I run into these opinions as president of such a society so so often. It is very much not a hidden set of opinions in existence on our campus whatsoever.

This has only made us more clear on the importance of what we are doing and hope this will encourage others to get involved to change these opinions." 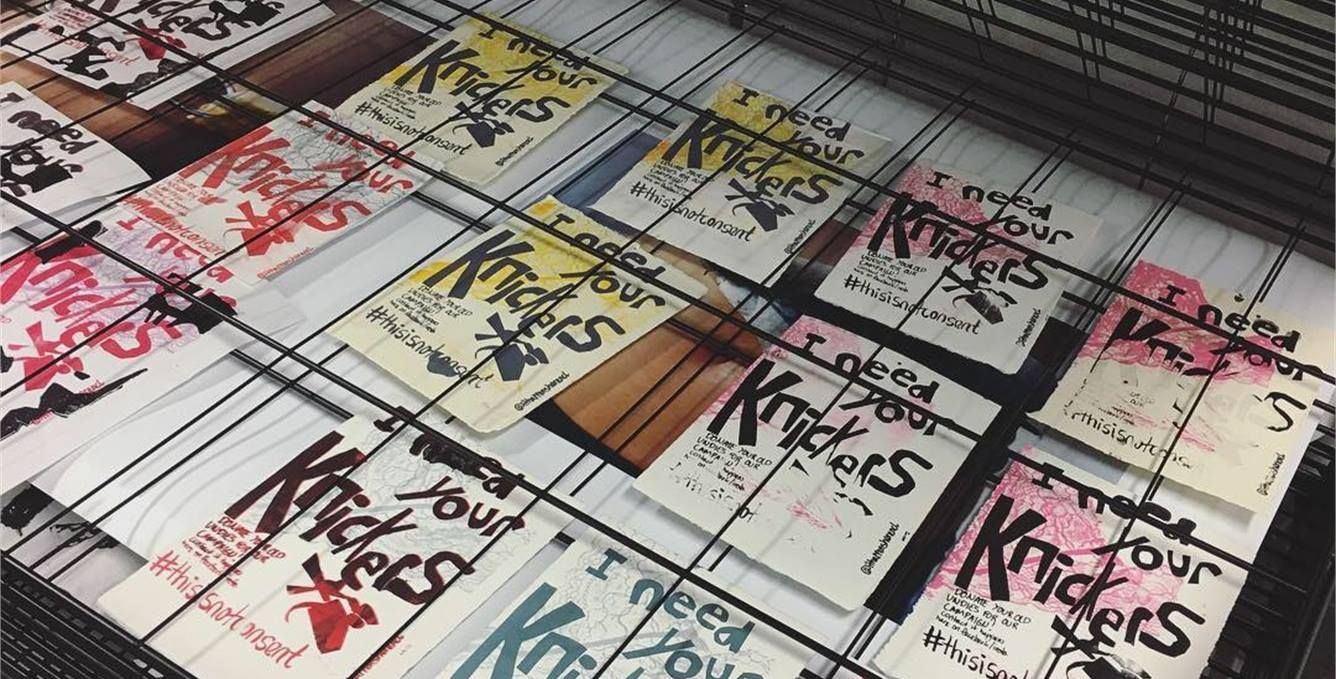 The campaign asks for people to send in underwear so that bunting can be made to be put up all around the uni campus. They hope this will help to spread awareness about the issue of consent, as well as opening a discussion of the matter.

If anyone has been affected by any of the issues, visit the links below for some support.