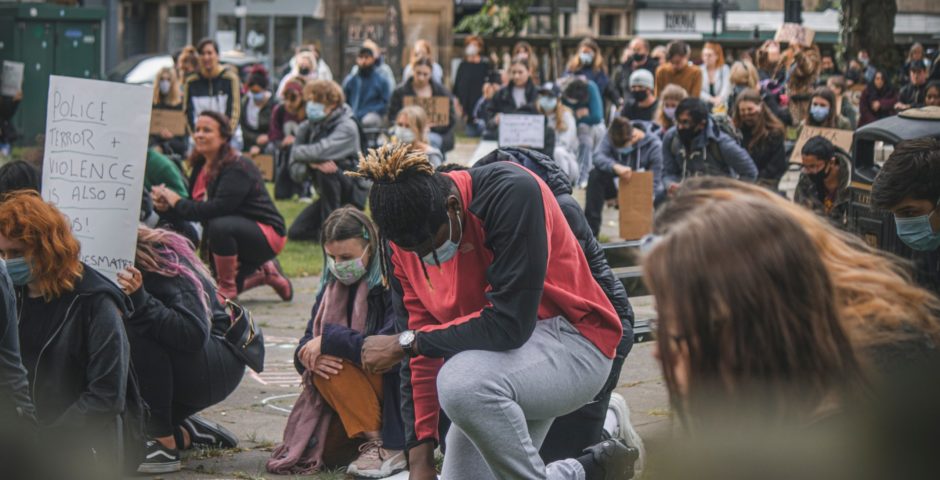 ‘You have to be anti-racist’: Lancaster BLM protesters on why they’re protesting

‘The world needs to know. The police haven’t changed.’

People were on the walls, standing in the square, sat on the grass, right in front of Lancaster town hall. Everywhere you could see, there were hundreds holding #BlackLivesMatter signs, shouting through face masks, in the midst of a national lockdown. Everyone here to protest police brutality, racism and the death of George Floyd.

The Lancaster Tab spoke to protesters about what the event meant to them. 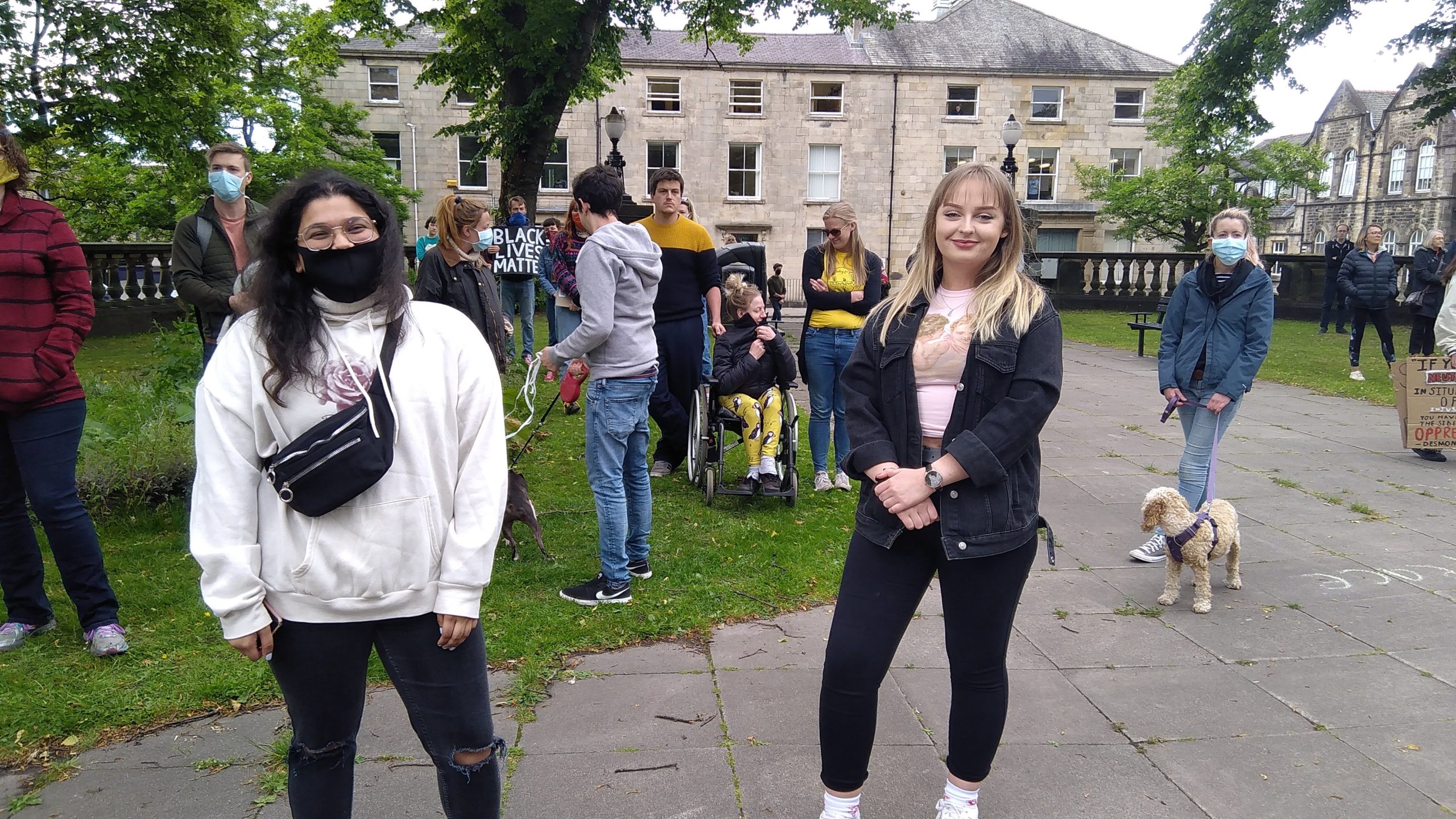 “Go on, get two metres away, Lauren.”

Fatima told The Tab: “There has been backlash pointing out that the events to inspire this week’s actions happened in America and that it doesn’t happen here. *Scoffs* It does.

“Lancaster Uni should be listening to people of colour. They should realise that there are more coloured students than they think there are. Just because there’s one brown officer in the Students’ Union doesn’t mean they know where you’re coming from. The BME PTO is one person. But there is not one non-white race. That’s bad. I don’t know how to sugar-coat it. You can say that’s representation but is it good representation?” 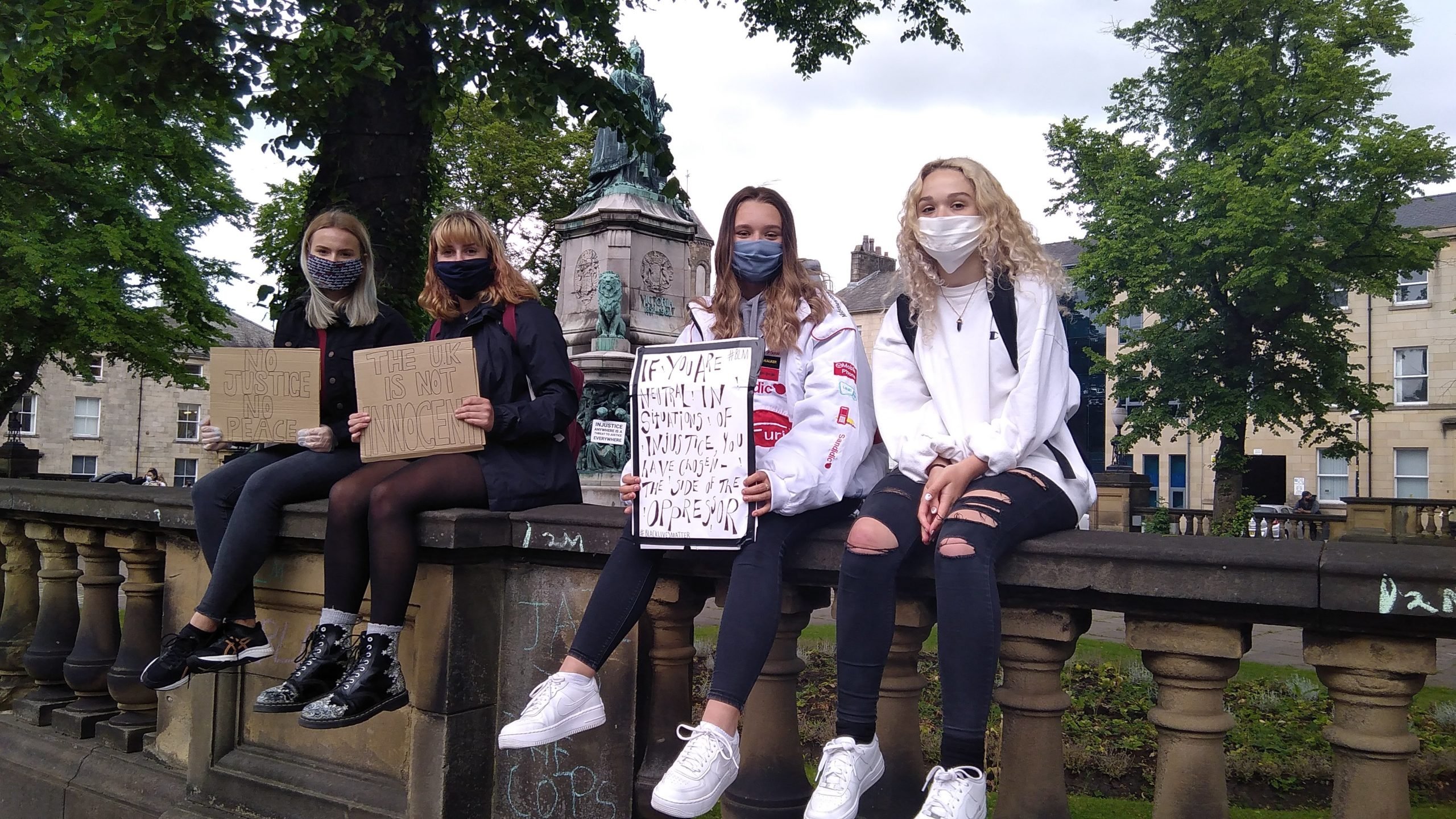 They told The Tab: “Our school was funded with slavery and slaves’ money. It’s weird that the school doesn’t try to educate us in that. When they talk about the Ripley story, they sugar-coat it. They talk about the tea and spice trade but it was heroin and slaves.

They shouldn’t try to justify a bad history, there’s no point in trying to cover it because we’re not stupid, you can’t get that kind of money without corruption, we do know what happened. They should own up to the fact that our school is built on slave money and they should do something  good with that.” 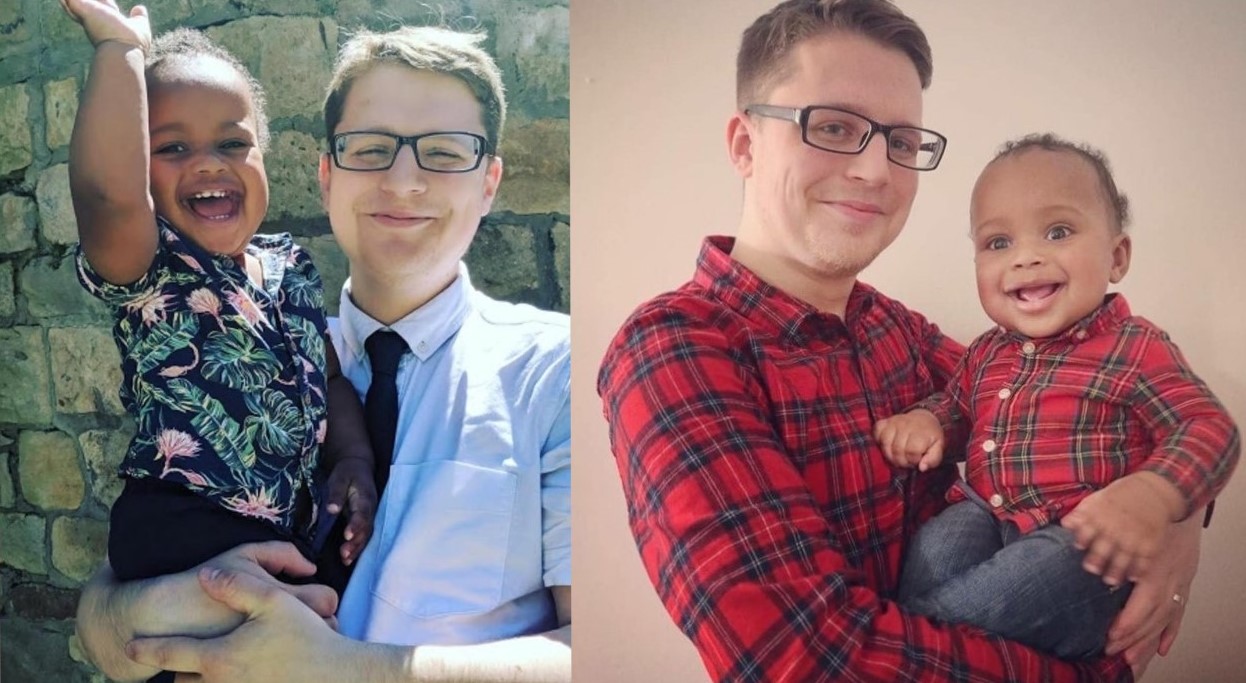 Joshua told The Tab: “The footage of an officer kneeling on Mr Floyd’s neck as pleads for his life is harrowing. If it was a white man, would he have used the same brutal force? Why did the other officers turn a blind eye and not speak up in this case?

“I can’t sit back and watch my biracial two-year-old son grow up in a society where he is more likely to be targetted because of his skin colour. I want my son to know that his dad stood up and tried to make change.” 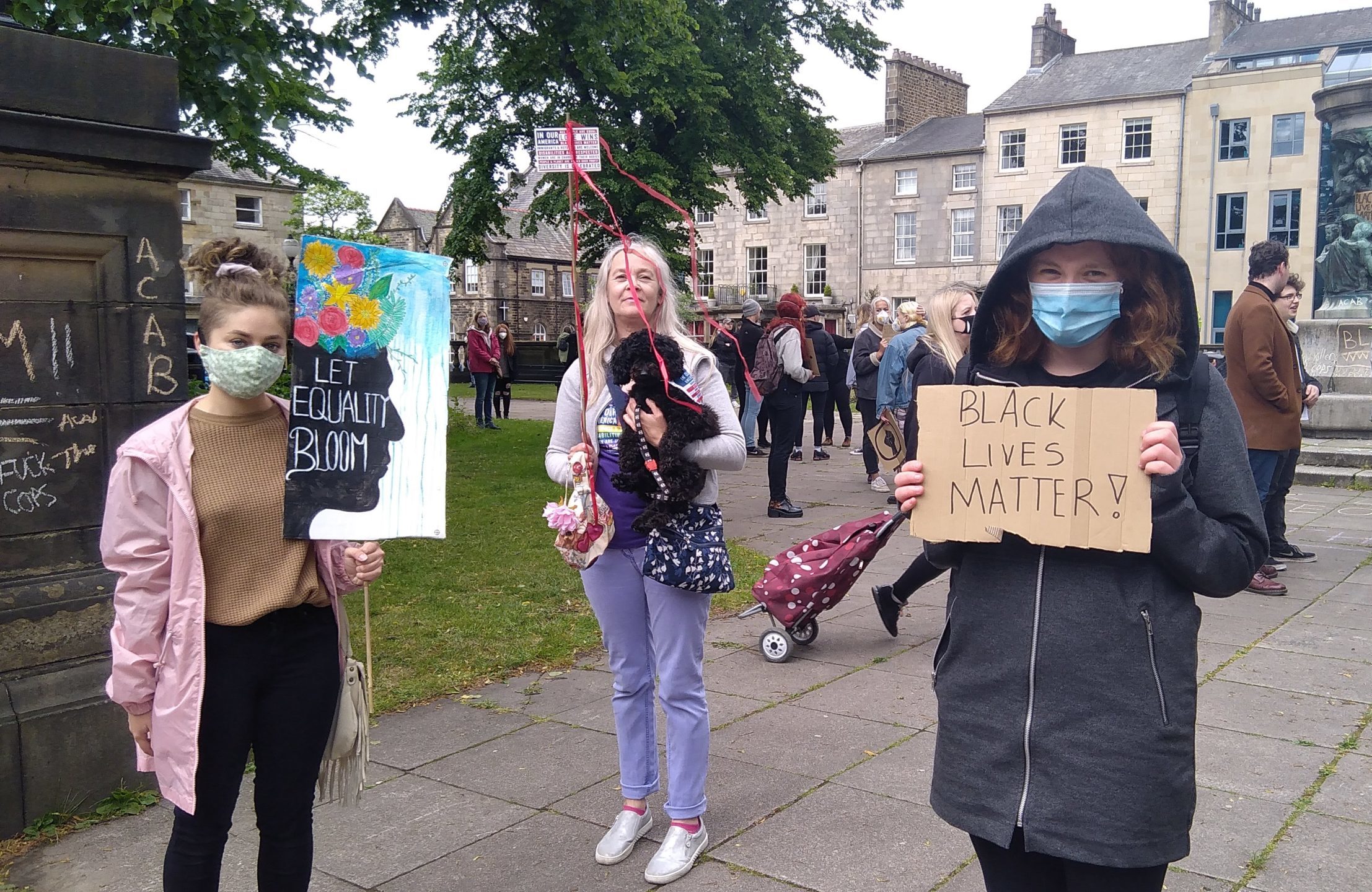 Tabitha told The Tab: “It is very difficult when you have so few black men going to university. The university should be pro-actively reaching out into communities, looking at bursaries and ways of embracing different types of people, bringing different backgrounds into the university environment and giving them opportunities to study, develop and grow themselves and their communities.

“We’ve got systemic racism in this country and it’s as simple as that. People don’t recognise that the playing field isn’t level to start off with. It is that much harder for people from different backgrounds around the UK because they don’t have the same resources as middle-class white young people.”

[The views expressed by Tabitha are her own and do not reflect those of Lancaster University.] 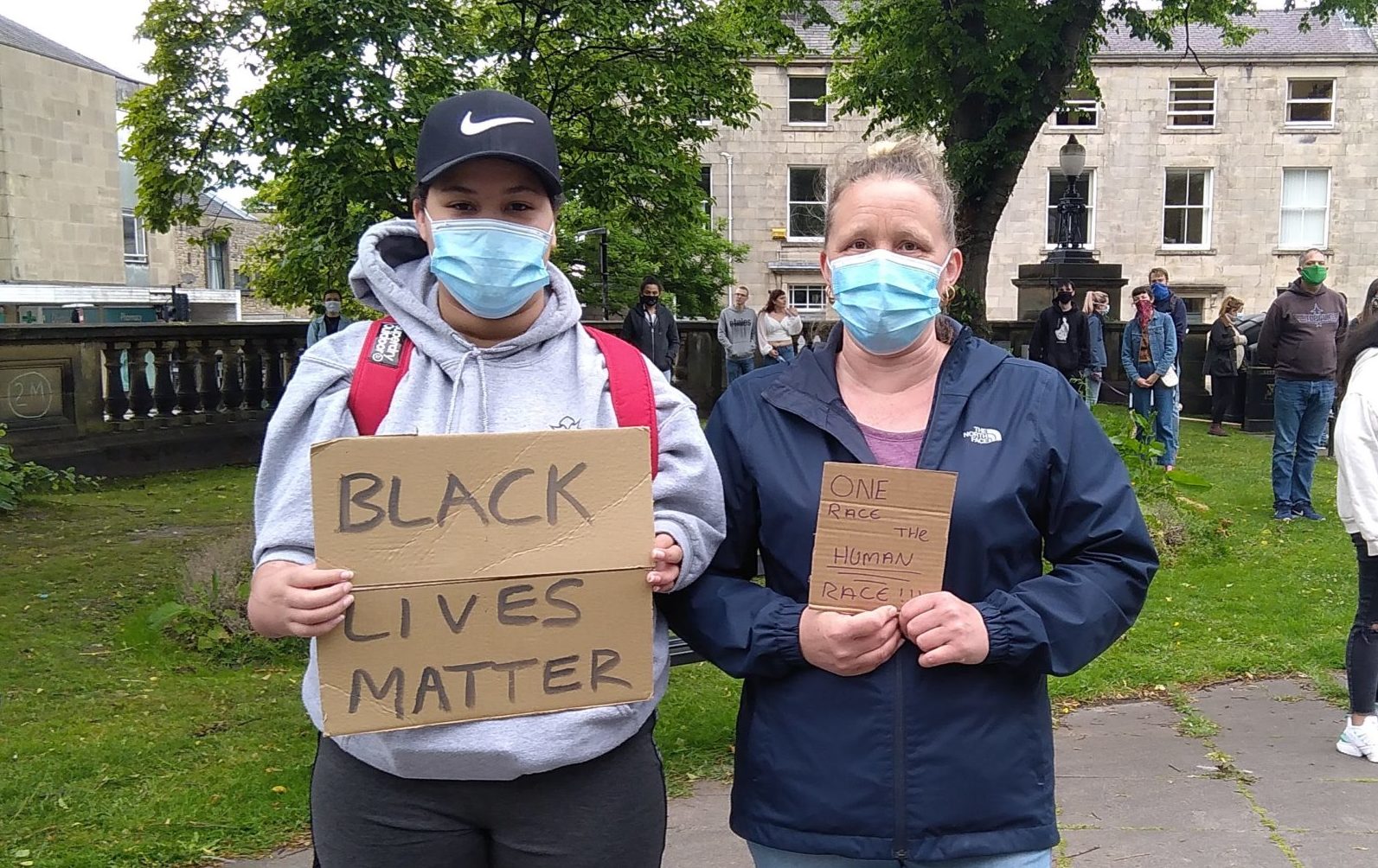 Michelle told The Tab: “Look at what has happened. A man has been put down on the street and three people have knelt on him and he has died. Apparently, that’s okay. I shouldn’t have had to live through racism after the 60s and after what Martin Luther King did but now my daughter has to deal with it and it’s like nothing has changed. My grandkids are going to have to deal with this. Why?

“When your 7 year old girl comes home from school asking you what the n-word means – that’s heart-breaking. People don’t change their attitudes because it’s not happening to them. But it is happening to us.” 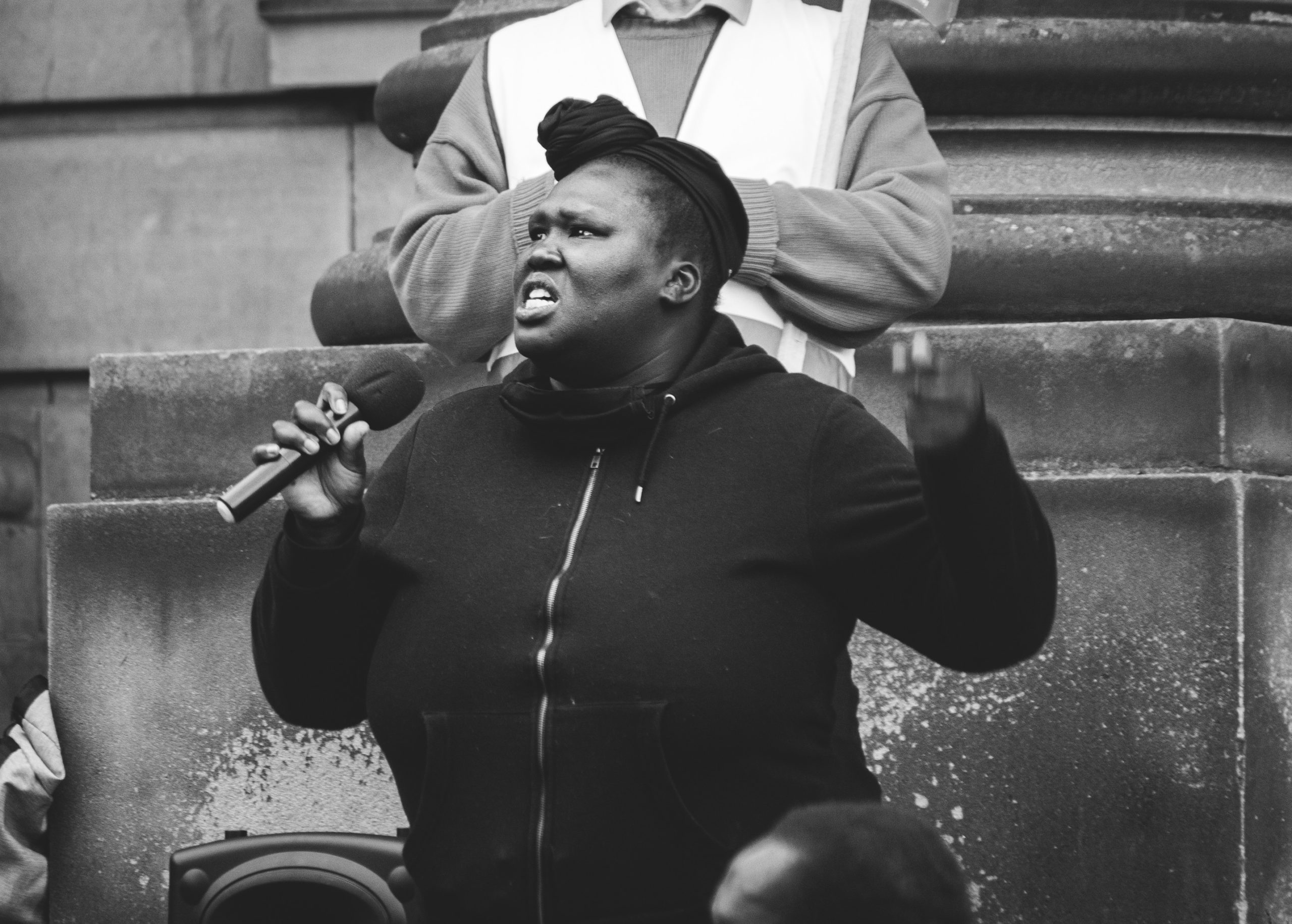 During the speech, they recalled: “A couple of years ago, there was an incidence of hate speech organised by the snow sports society at Lancaster University. They thought it would be funny to write hate speech for their social. You know what happened? Everybody on campus supported the BME student officer, Chloe, who was expelled from the Students’ Union for whistle blowing on them.

“Lancaster University belongs to refugees, to asylum-seekers, to black people, to working class people. It belongs to all of us. It is not a basket of white privilege.” 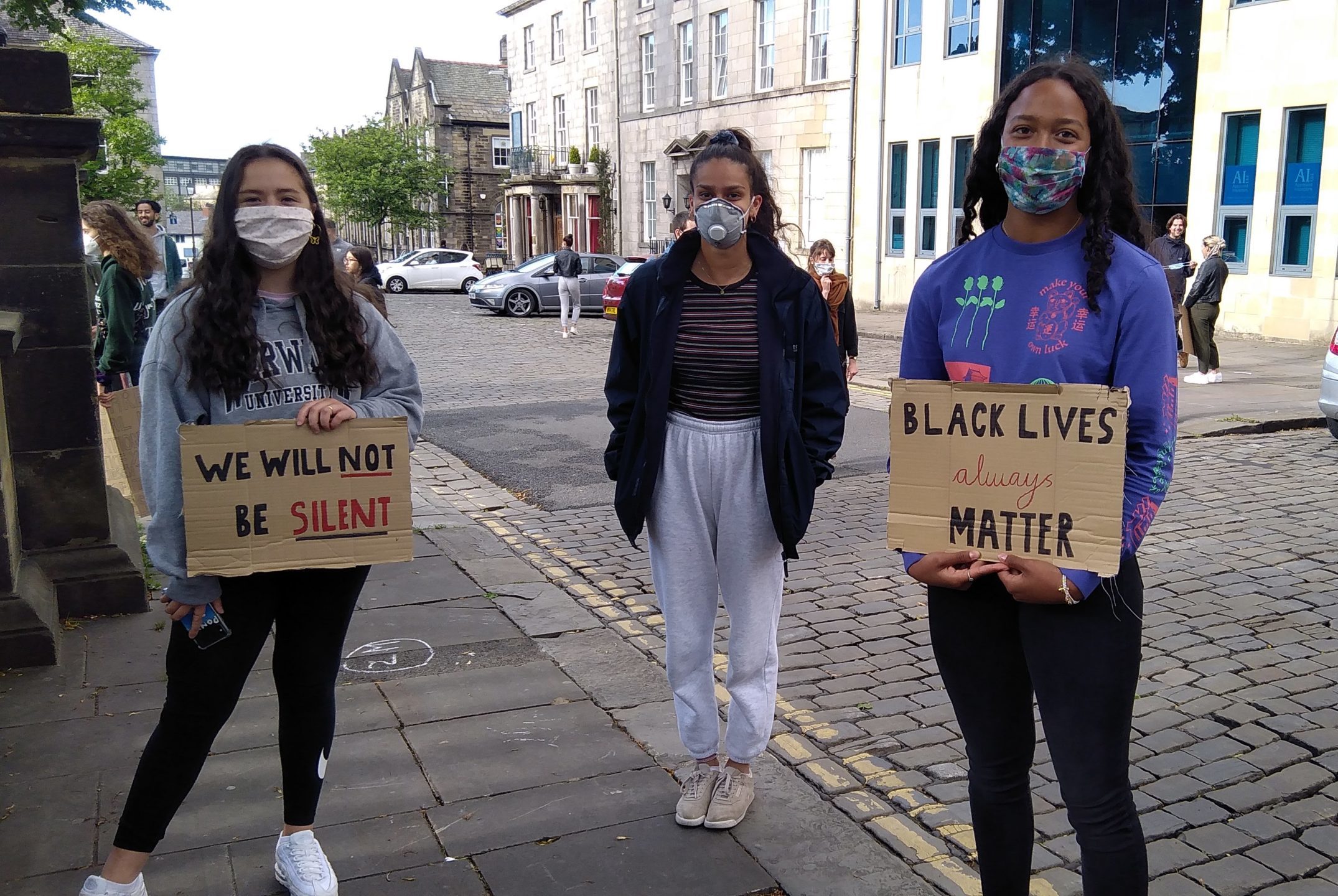 “We are smiling under the masks, you just cant tell.”

They told The Tab: “As people of colour, racism has always been a part of our lives. So, anything that we can do, even despite COVID, we will. We want to come and show our support to the black and minority community in Lancaster and across the world.

“This has come at a time when the LUSU presidential campaigns are going on and people are saying that these things are not related but I don’t think that’s true. Whoever they’re choosing as president is representing them. Not just the white people but also the BME people. The reflection of who they choose as their president is essential in this movement.” 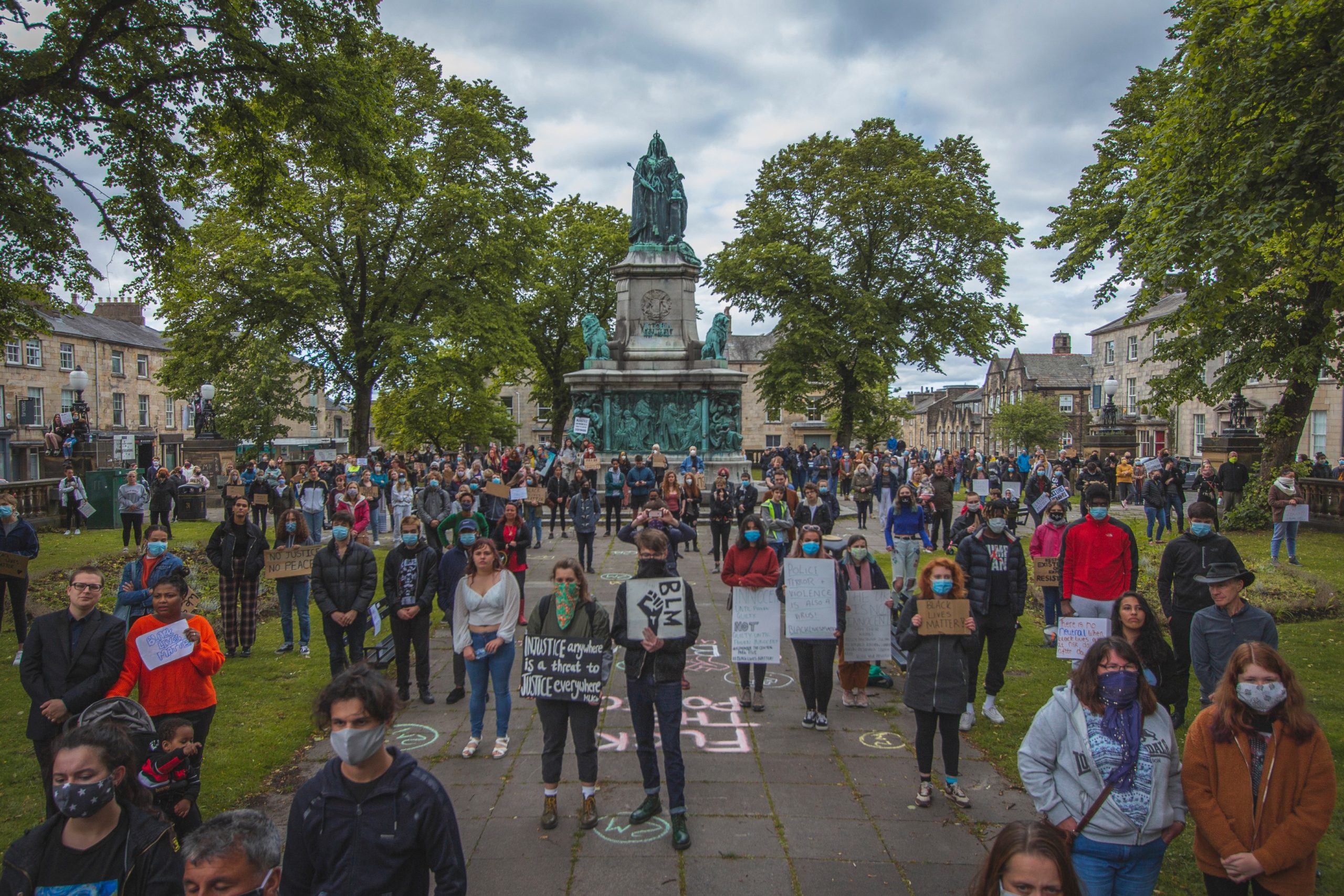 Audrey told The Tab: “We’re part of – well, we are Stand Up to Racism. Obviously, everyone was outraged about what happened but, under lockdown, people feel like they can’t do anything. We felt that it was possible to call on people for today because we can’t just stay inside and be quiet.

“Racism is growing. Boris Johnson talks about people as ‘watermelon smiles’, he jokes about Muslim women looking like ‘letterboxes.’ He’s an out and out racist.

“Instead of sitting at home grieving and feeling hopeless, it was really important to bring people together and utilise that anger so we can turn it into something positive. 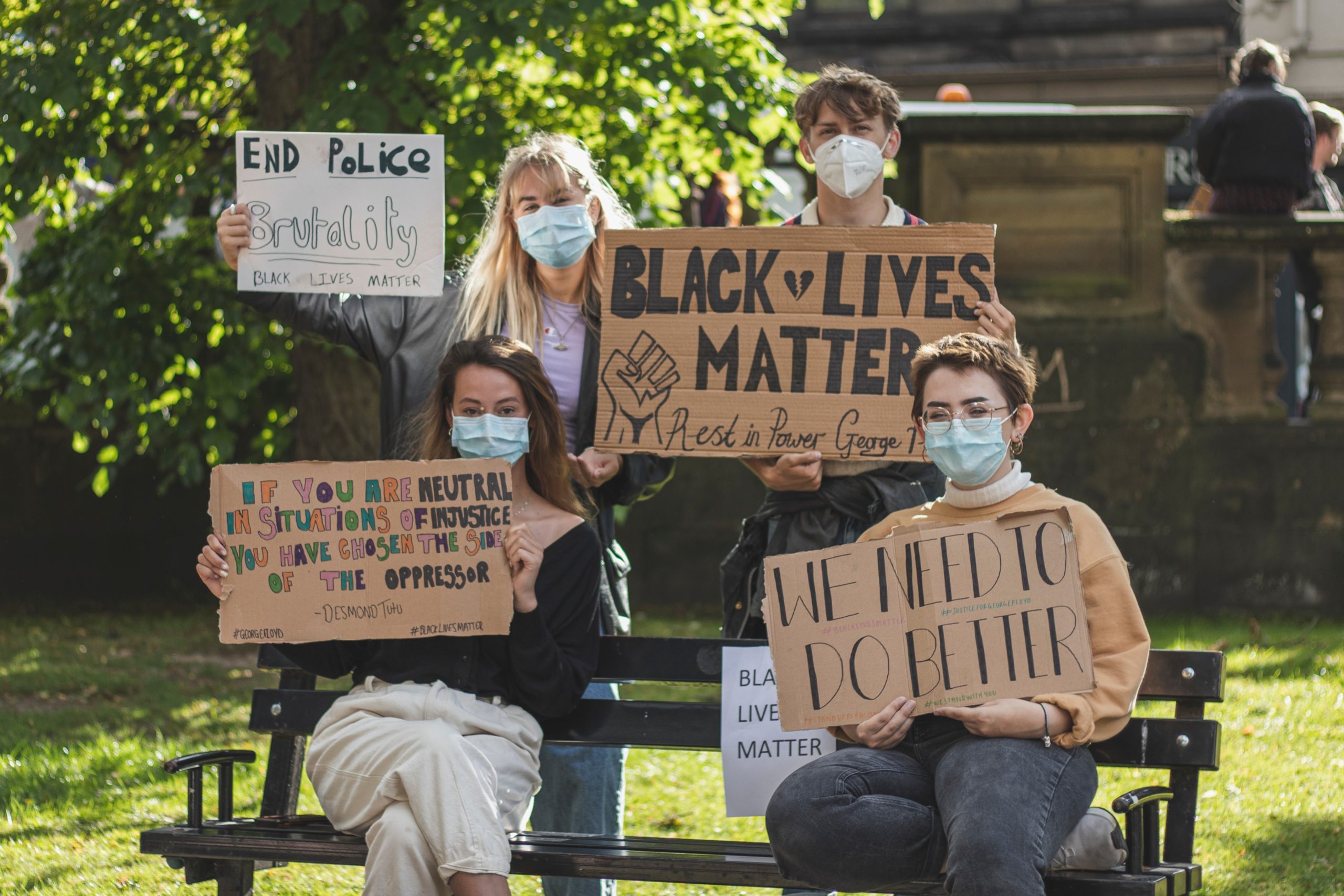 The interview was interrupted then by a man in a truck shouting into a megaphone. Protestors pour from the square into the road to crowd around, chanting ‘Black Lives Matter’, drowning out the megaphone. A woman rips the megaphone from the top of the truck. People shout, ‘Show your face, coward!’ Someone comes out of the crowd and grabs the man through the window, ripping out the protective screen and breaking it off the truck as it drives away. 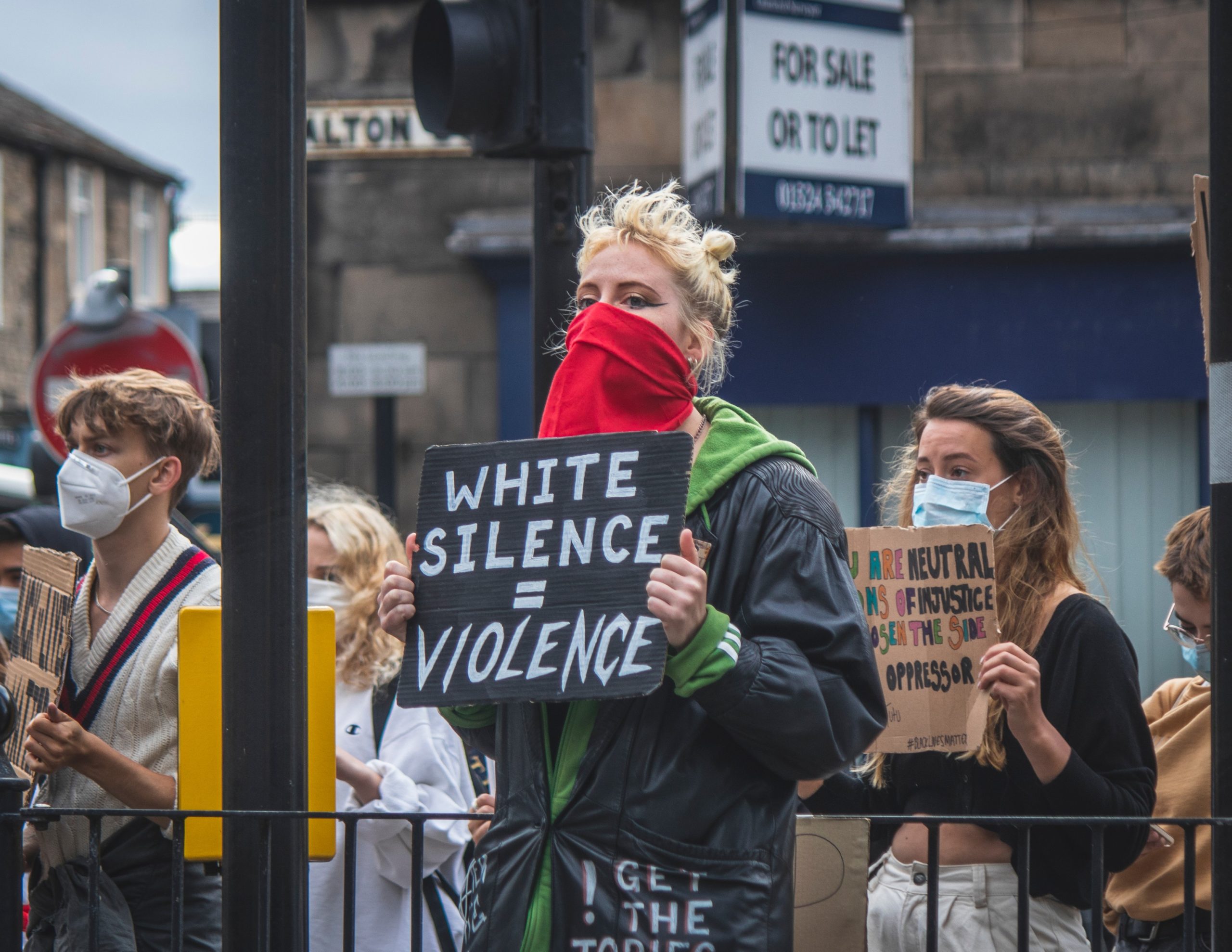 Audrey: “You’ll never get a big group of people like that [racists], it’ll only ever be two or three and they were in a van so they felt safe. Our strength is in our numbers. 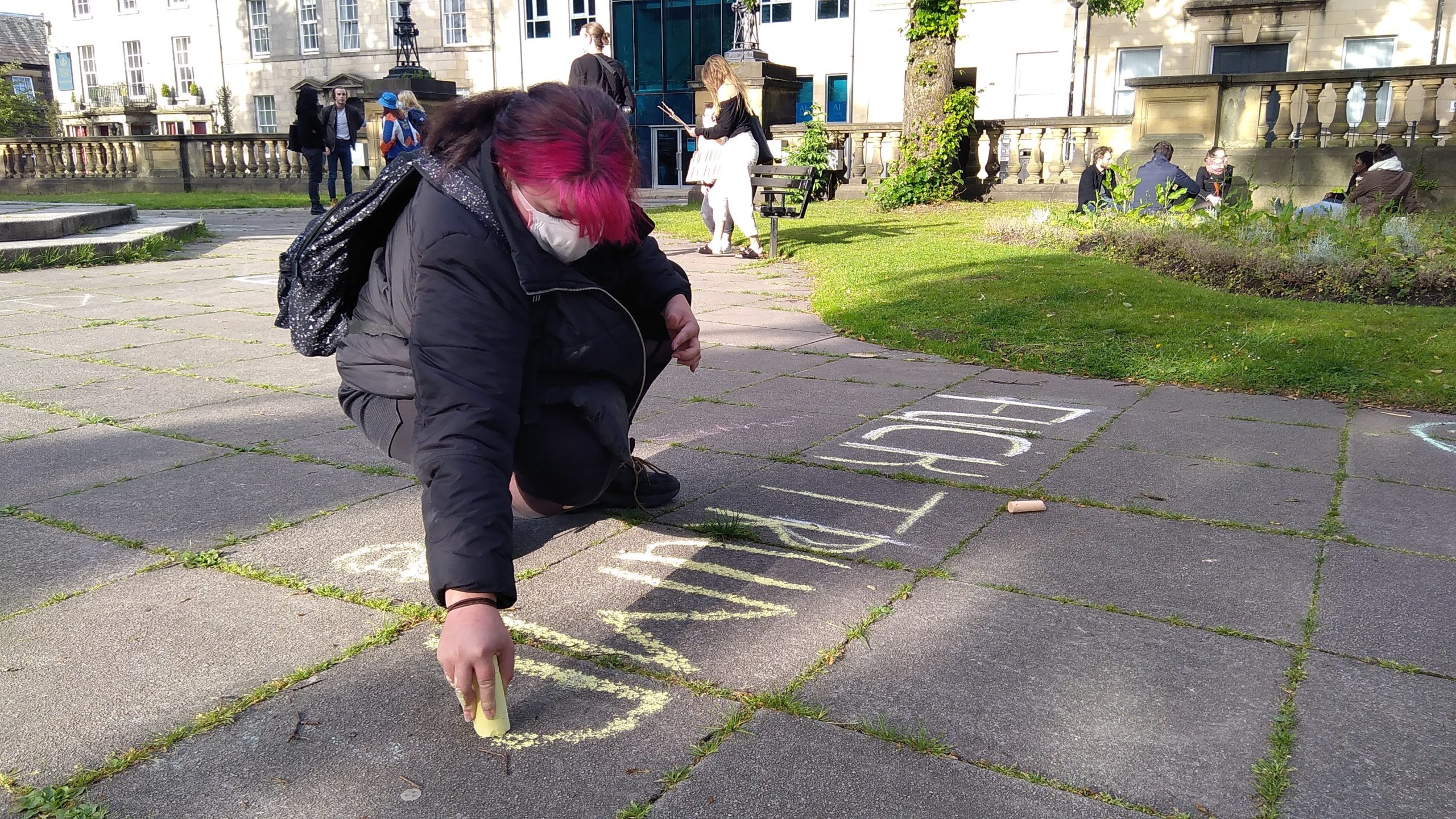 “It does worry me that people aren’t social distancing because BME people are more likely to die. But the level of anger today is important. There was the opportunity because we chalked right around the square, two metres for socially distancing so people could protest safely. We wanted it to be inclusive.”

Cam, Al (Law), Daisy and Hannah – Lancaster University and workers in the city 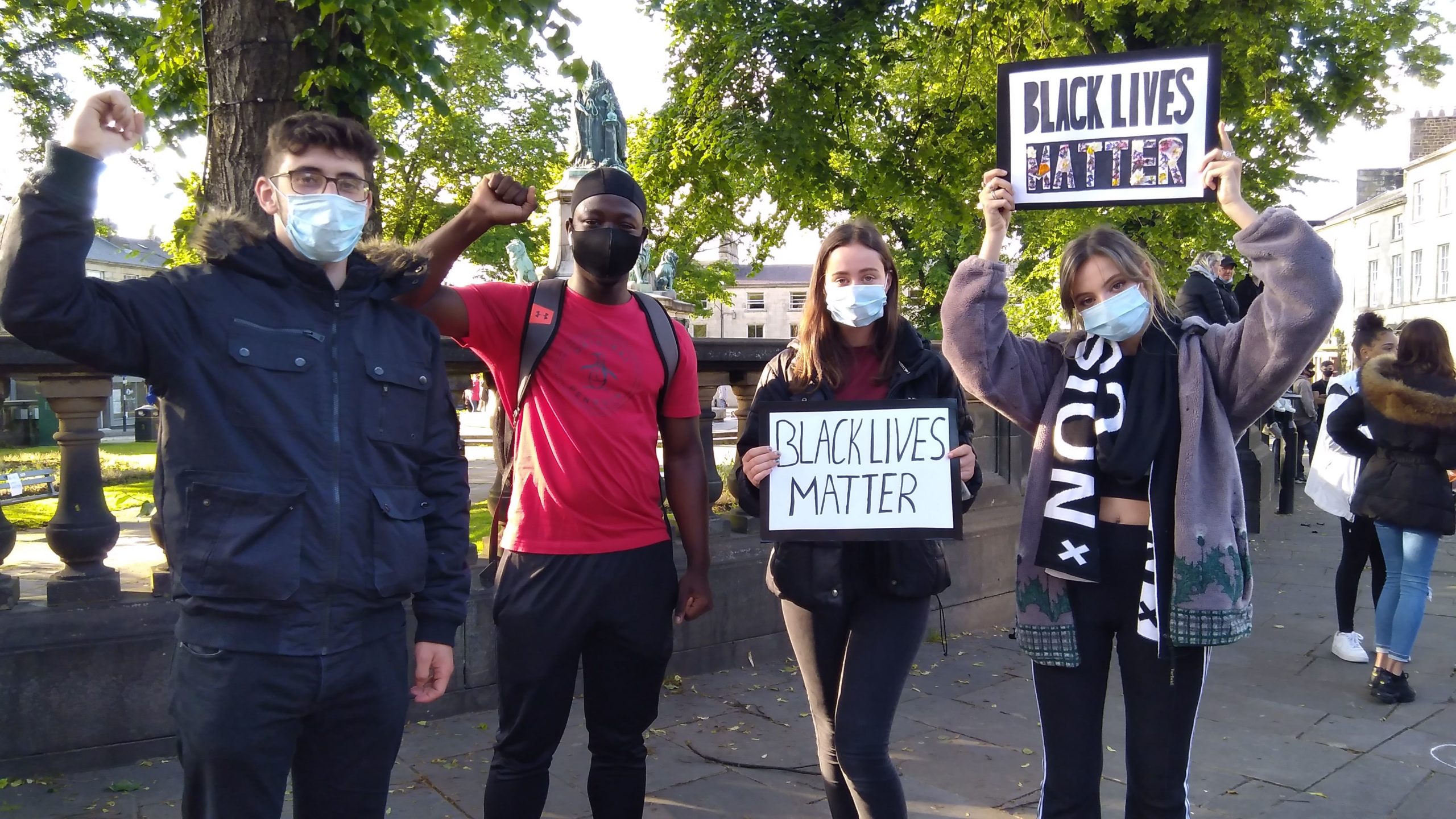 They told The Tab: “It’s enraged so many people and we’ve been sat at home, not able to do anything about it and I think being able to stand altogether has just shown how many people care about it.

“More institutions should be taking accountability. It’s happened a bit more than before: racist people getting kicked out of school. There should be more action rather than just a pat on the wrist because nobody’s listening to that. There needs to be more consequences for these actions.” 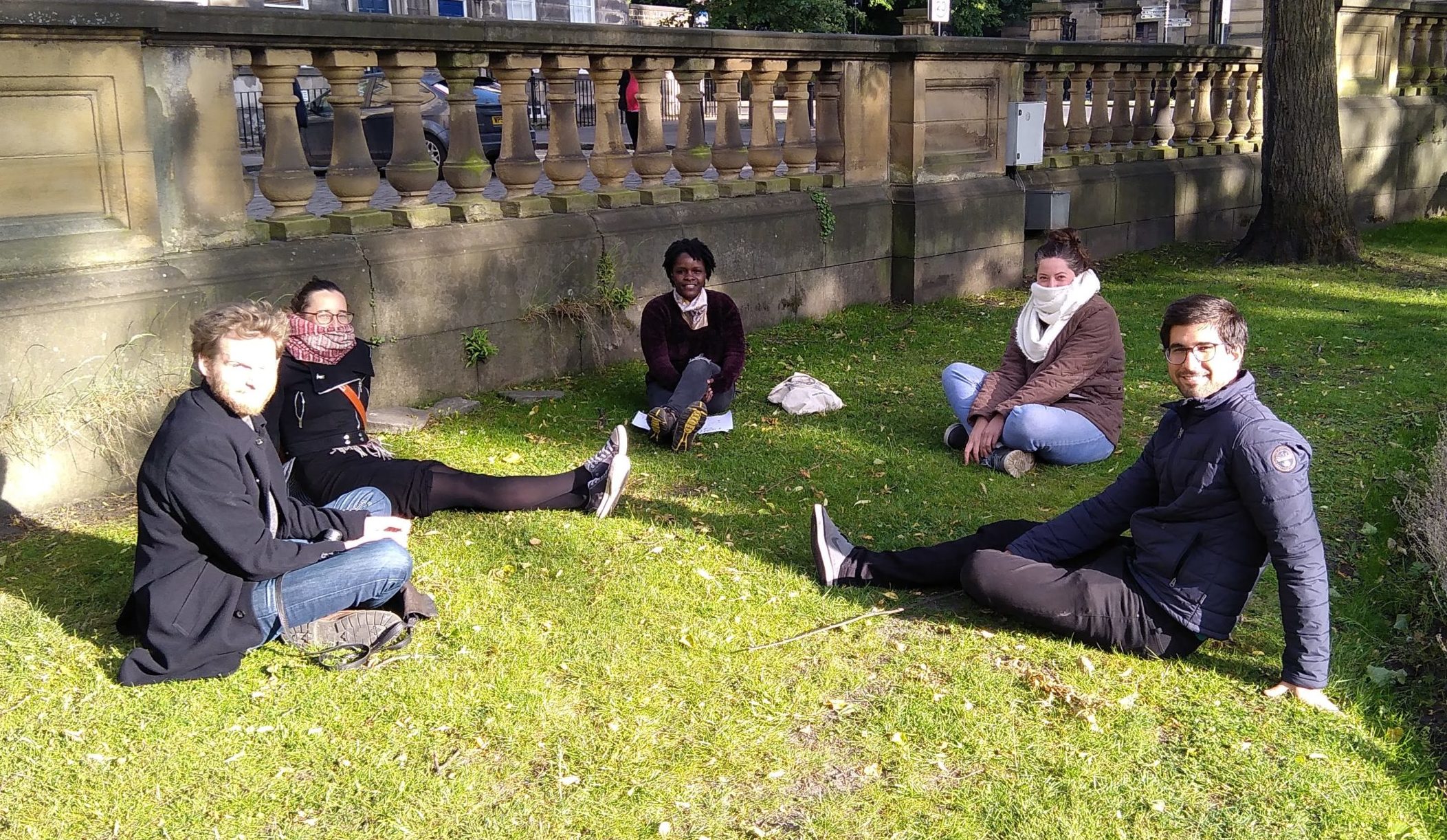 They told The Tab: “With everything going on in the world today, feeling like there is something that you can do and that you can be in the presence of other people who think the same, it fires us up to become a part of the conversation, to do what we can and find out all we can.

“We’re hoping the media takes the backlash against George Floyd as a sign that it’s okay to stand up against racism openly with their outlets and make sure they’re using their voice against these things. We just have to keep going.” 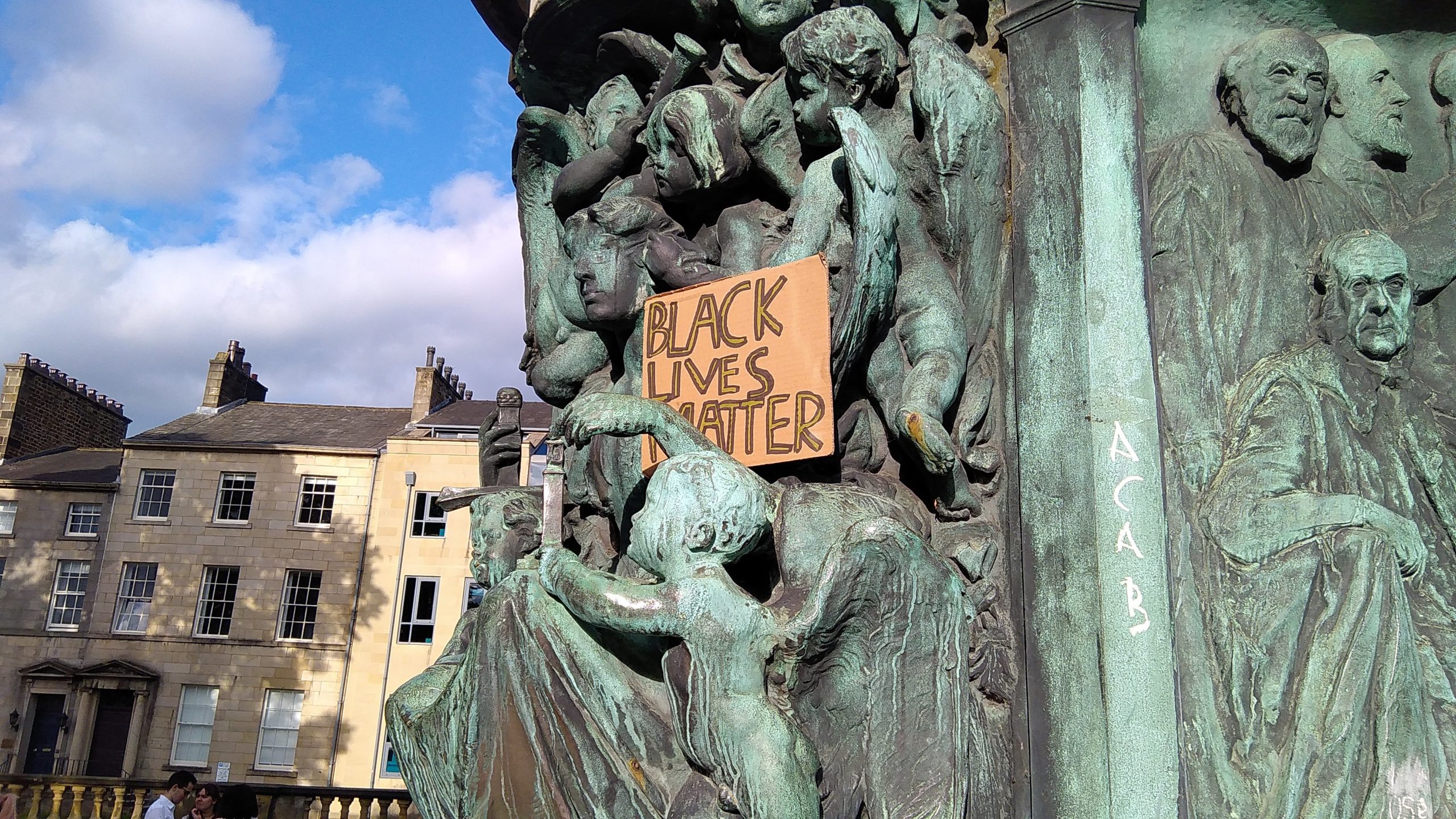 Towards the end of the event, after most people have gone home, one or two men walk by and shout, ‘Clear up this mess you’ve made!’ For the most part, nobody pays them any mind.

Long after everyone from the protest has gone home, a man starts talking to The Lancaster Tab.

“My brother was killed in police custody. ’79. He was taken to the police station here and they said they had to arrest him because he was drunk. And he died. So, I can understand all this. This anger. My sister killed herself because she couldn’t take it. I lost my brother and my sister in ’79. All because of the police. Once you’re put in custody, you should be safe. My brother wasn’t. My brother was 17. My sister was 19. I thought things had changed but it hadn’t. It never will, I don’t think. 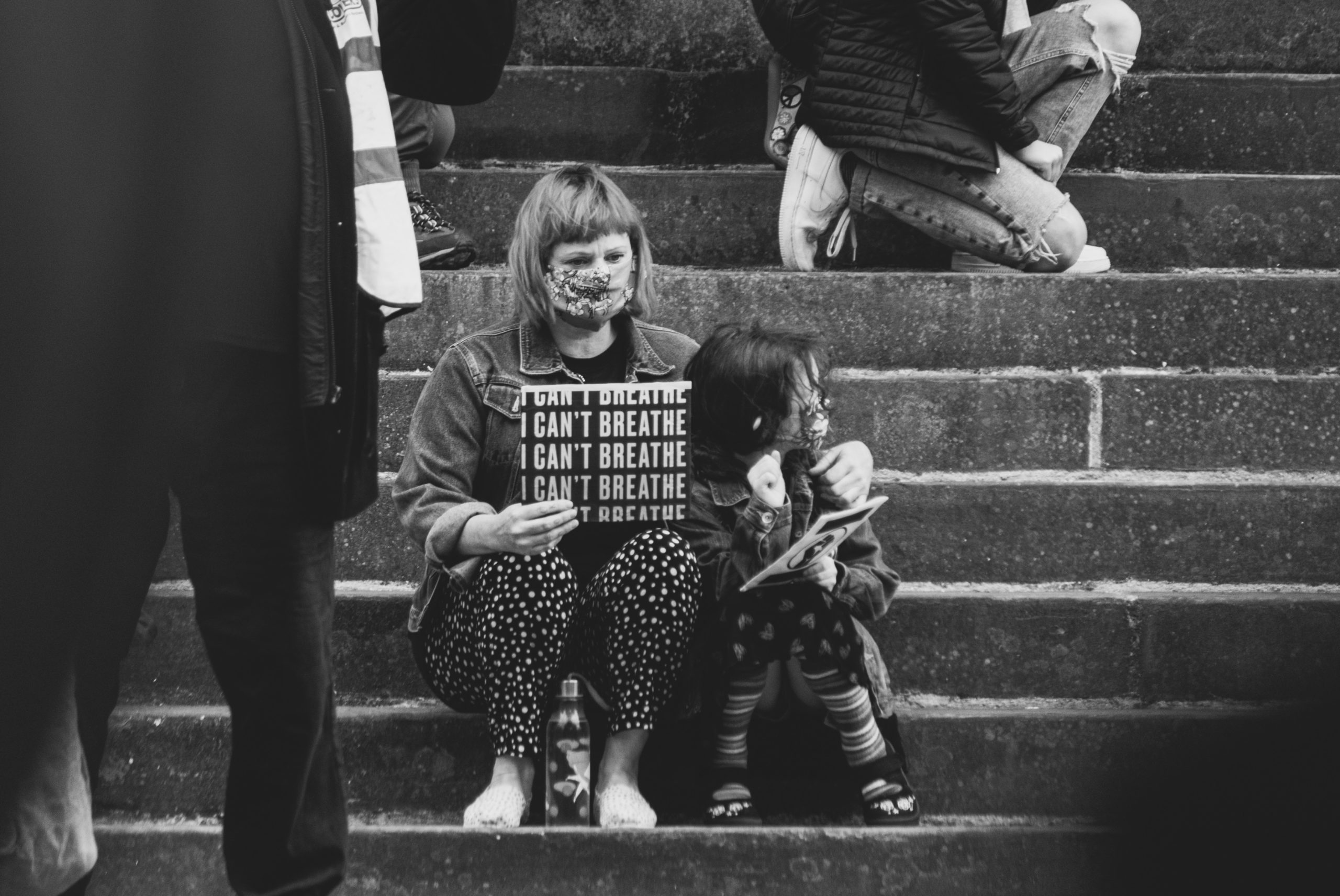 “I got told when I was 16. I wanted to know why. He don’t just disappear. That can’t be right. He was aggressive, they said. So, they had to – what’s the word, yeah. Restrain. They knelt on my brother. Restrain. Does that sound like restraining? And my sister couldn’t cope. She killed herself. Restrained. That’s a stupid word, isn’t it? It takes three police to put my brother down on the floor. Put their knees on him. My brother, he had a few drinks. They said he was aggressive. 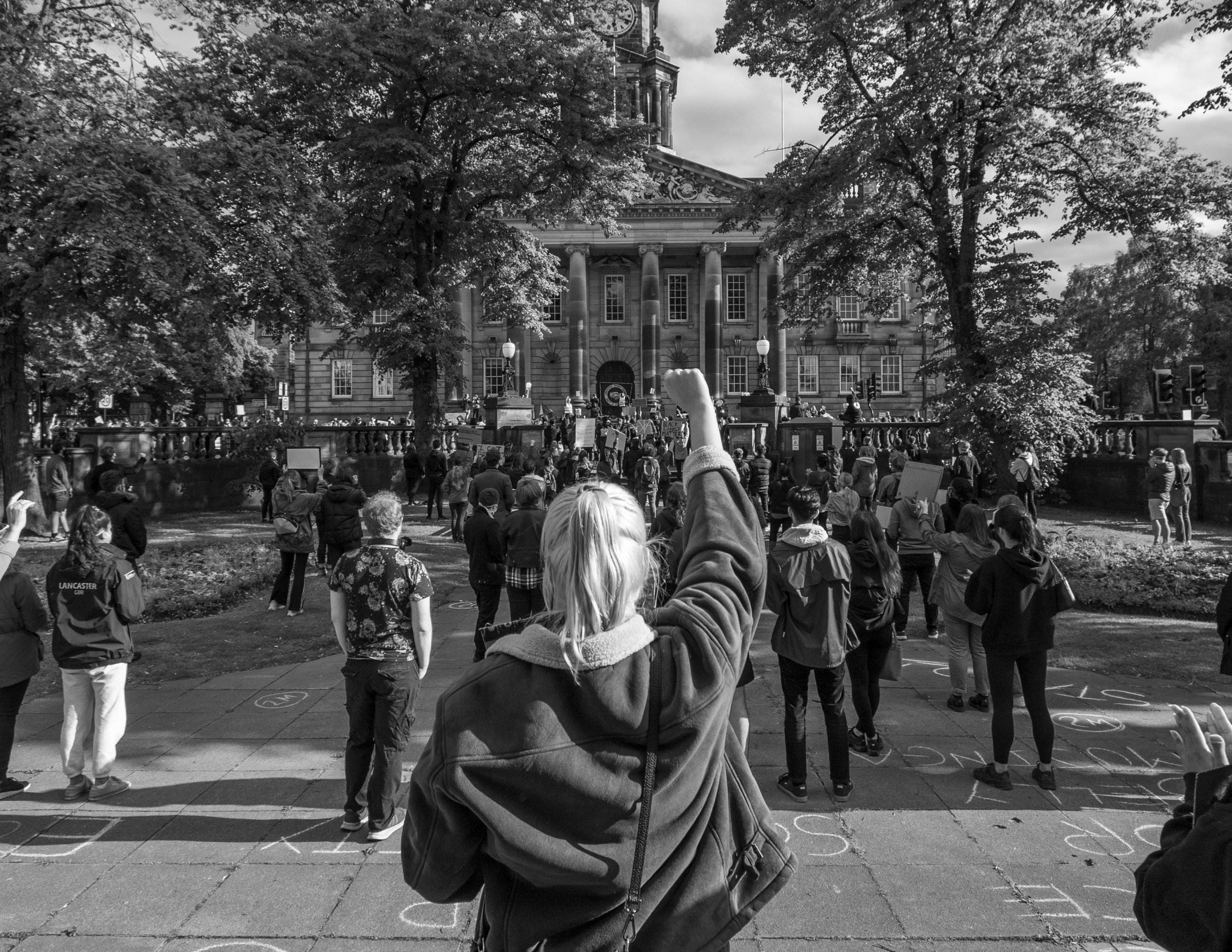 “Now, I come out with a couple of cans. I’ve lost my brother. And then my sister. My god. She had children. A little boy. I brought him up. Now, he doesn’t like the police either.

“I listened to a person’s mother on the news today about her loss, asking, why did my son die in custody? There’s no justice, you know. There never will be. Even now, I’m nearly 60 years old. I understand this. There will be no peace. I’ve got to the point where, some days, I want to be dead.”

*He pauses to watch some teenagers laughing and chasing each other in the park. He sighs*

“It’s not right. My brother never got justice. The world needs to know. The police haven’t changed. It hasn’t changed. Well, they’ve got nice uniforms now, haven’t they? Nice police cars. In the ‘70s, it wasn’t like that. Was Cortinas.

“Write about my story. Yeah, go for it.” 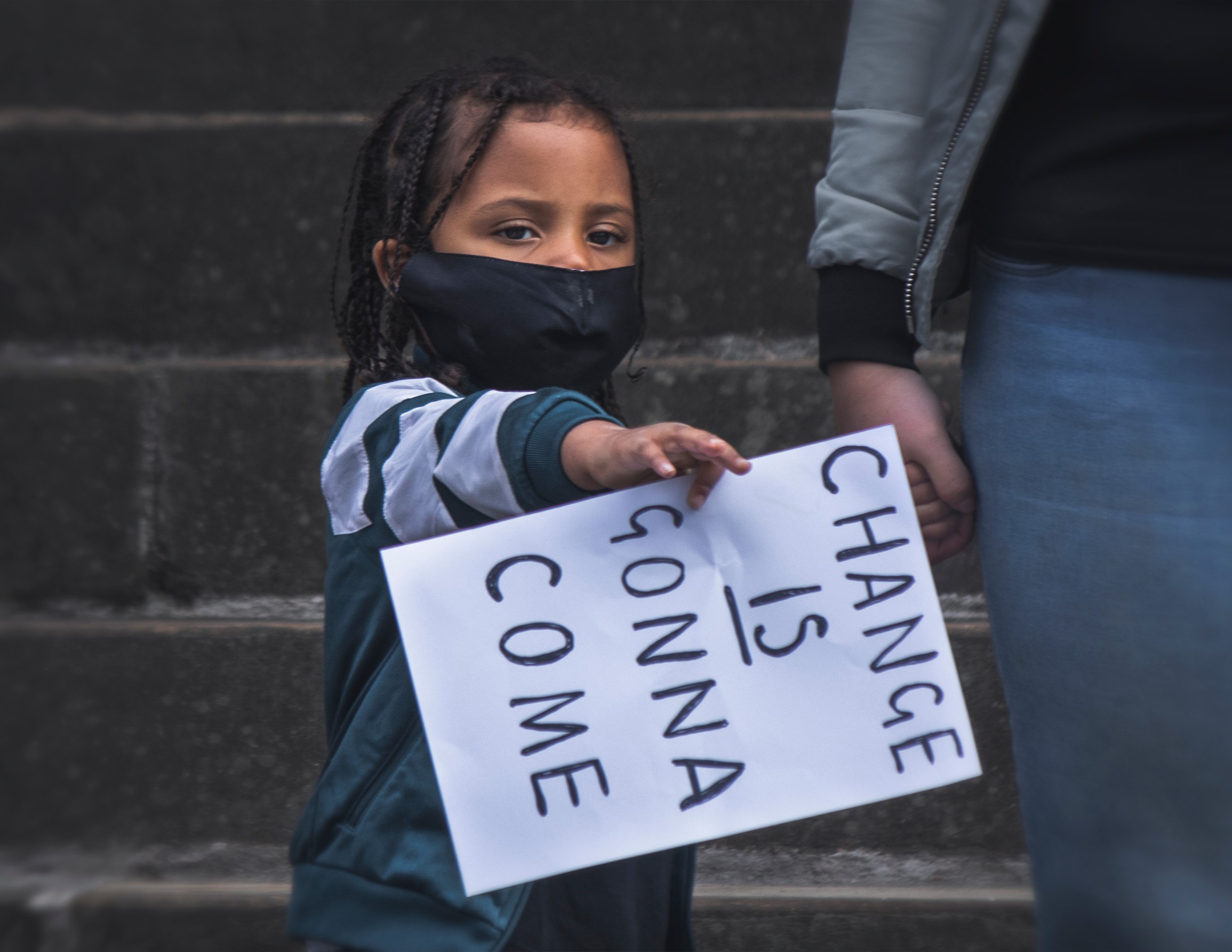