‘I’ve got muscles cos dad raped me’: Lancs Snowsport suspended by the uni after white t-shirt social

Lancaster University Snowsports have been suspended and face further punishment after their first social of the year saw members wearing t-shirts emblazoned with swastikas, rape jokes, and stars of David.

Several pictures obtained exclusively by The Lancaster Tab show messages written on t-shirts including "I've got muscles cos dad raped me", "Sandyhook woz bantz", "Free Tommy Robinson", and a swastika inside a love heart.

Lancaster SU have said they are actively investigating the self-described "biggest and best society on campus", and condemned the social as "far below the standards that were expected."

These pictures were from the night of the social in the same club – Sugarhouse, Lancaster's SU. 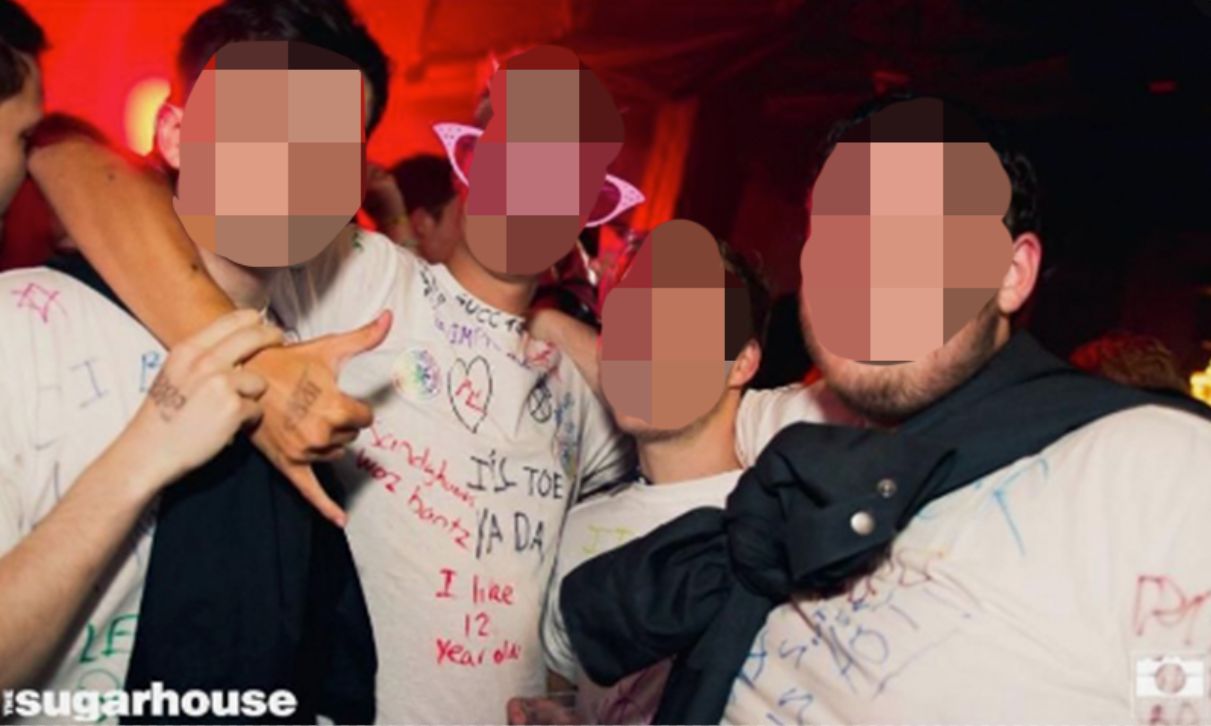 Photos from the "LUSS Social #1: White Tee Social" were posted on Sugarhouse's Facebook page, but have since been deleted.

Today, edited photographs of the night were shared by uni liberation groups on Facebook, however The Lancaster Tab has obtained the full photographs.

In the picture above, one t-shirt has a Star of David on right shoulder, whilst the person next to him sports a swastika in a love heart. Below that "Sandyhook woz bantz" is written, a reference to the school shooting in America which left 20 children between six and seven dead. "I like 12 year olds" also features.

Students were also seen with "Jimmy Savile was misunderstood" and "fuck gay rights" on their t-shirts.

In this photo, a student has "I've got muscles cus dad raped me", "Tory cunt", and "Gary Glitter innocent" written. 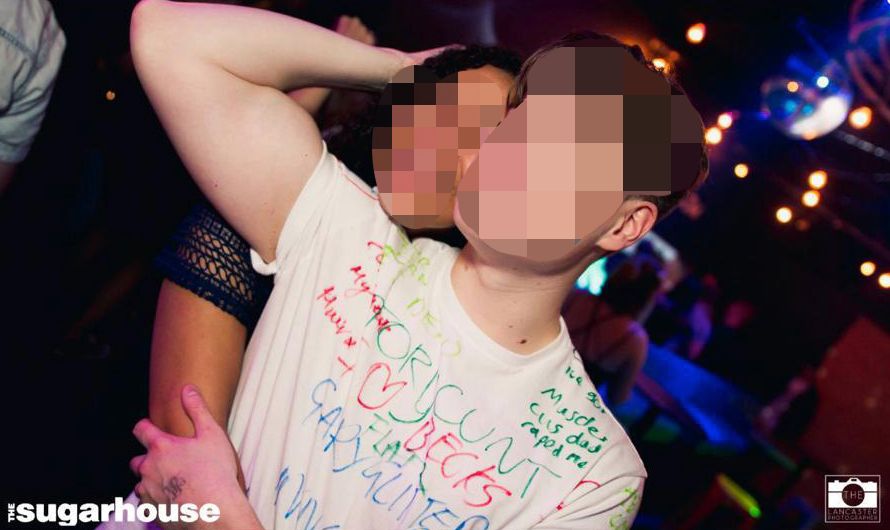 "Free Tommy Robinson" is written on this one. Robinson was released from prison on 12th September, a month before the social. 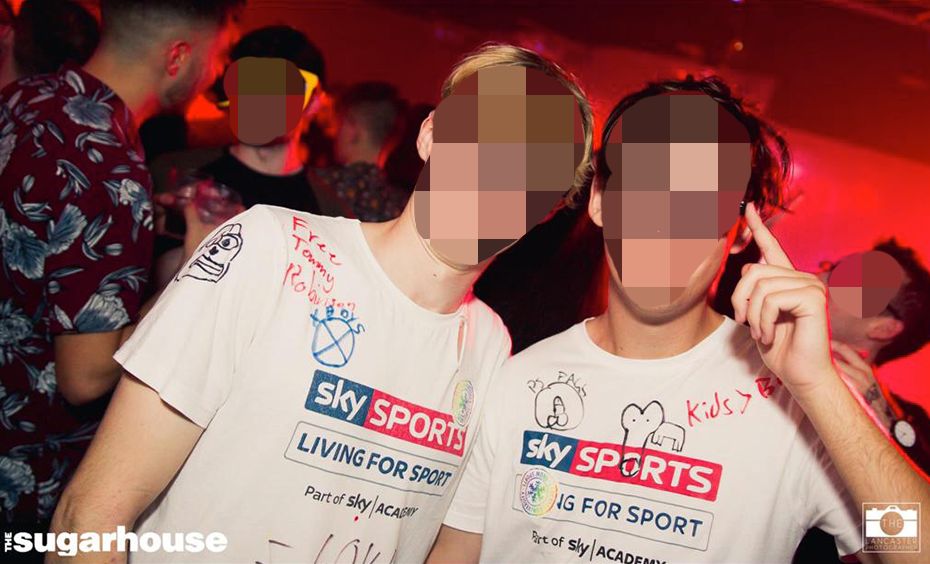 The boy holding the VK has "Mandela touched kids" written on his t-shirt. 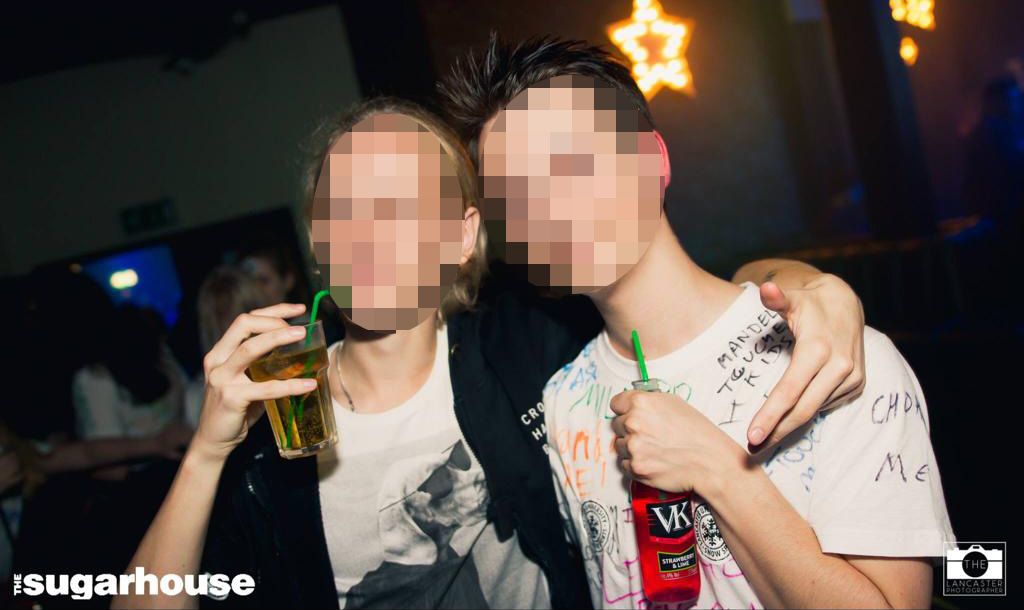 Lancaster University Snow Sports' Facebook page is currently unavailable. However, their signup is still available on the SU website.

The Lancaster Tab approached LUSS for comment, who pointed us towards the SU. We have yet to receive a response on behalf of LUSS. However, a Lancaster University Students’ Union spokesperson told The Lancaster Tab: "This matter is the subject of a live investigation by the students’ union, as is our policy when allegations are made relating to breaches of our codes of conduct. The club was immediately suspended as soon as the students’ union became aware of this issue.

"We’re extremely disappointed that this information has been made public before the investigation was concluded and that our panel has been compromised.

“The union takes allegations of this kind very seriously and the matter is being handled in line with our disciplinary procedures.”