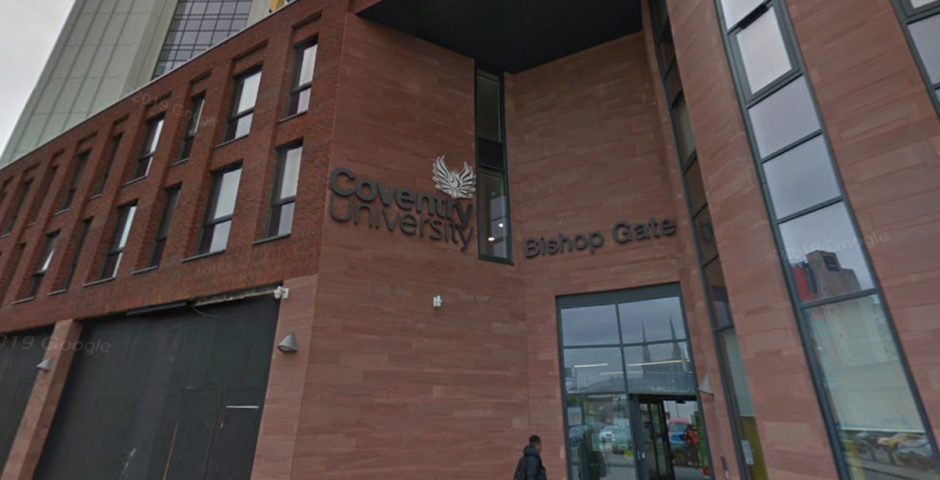 The student was a man in his 20s

A male Coventry University student in his 20s has died in Bishop Gate halls on Tower Street in Coventry.

Police and paramedics attended the halls on the 16th October and found the man dead. His death is not being treated as suspicious.

West Midlands Ambulance Service said: “We were called to reports of a medical emergency on Tower Street at 6.55pm on October 16th, two ambulances attended the scene. On arrival we discovered one patient, a man. Sadly, it immediately became apparent nothing could be done to save him and he was confirmed dead at the scene.”

A Coventry University spokesperson confirmed the death today, saying: “We are saddened by the death of one of our students.

“Our thoughts are with their family and friends at this awful time and we are offering all the support we can to the family.”

The student was living in Bishop Gate halls, in Coventry City center by the canal and transport museum, at the time of their death.

The Coventry University spokesperson continued: “We have a full range of mental health support services available for students and colleagues affected by this tragic news. We ask that the family’s privacy be respected.”

West Midlands Police told The Coventry Tab: “We were called to the student accommodation on Friday 16 Oct where the body of a man in his 20s was found. His death is not being treated as suspicious and has been referred to the coroner.”

If you have been affected by this story please call Samaritans on 116 123, text Shout to 85258 or head to the mind.org.uk website.

This is a breaking news story and will be updated as such.