‘I’d prefer someone to sit and talk to me, the interaction means a lot’: We spoke to Cardiff’s homeless community

This is how you can help

The homeless community in Cardiff is prominent, yet it is a difficult topic that we often avoid discussing. Walking through the centre of town every day you begin to notice familiar faces. With it getting colder every day, I spoke to five different people who are part of Cardiff's homeless community about how they came to be living on the streets, how the public react and what we can do to help. Here are their stories.

As soon as I approached Nigel (52), I noticed how warm his manner was. He and his sons had been left homeless after his sister, whom they stayed with, had passed away two years ago. As his sons were over 18, they were left at the bottom of the social housing pile.

Nigel suffered with depression and PTSD from being abused in care as a child, and from an incident where he saved an eight-year-old girl from a fire. Her brother could not be saved, leaving Nigel with constant guilt and mental health issues, hindering him from having a normal working life. 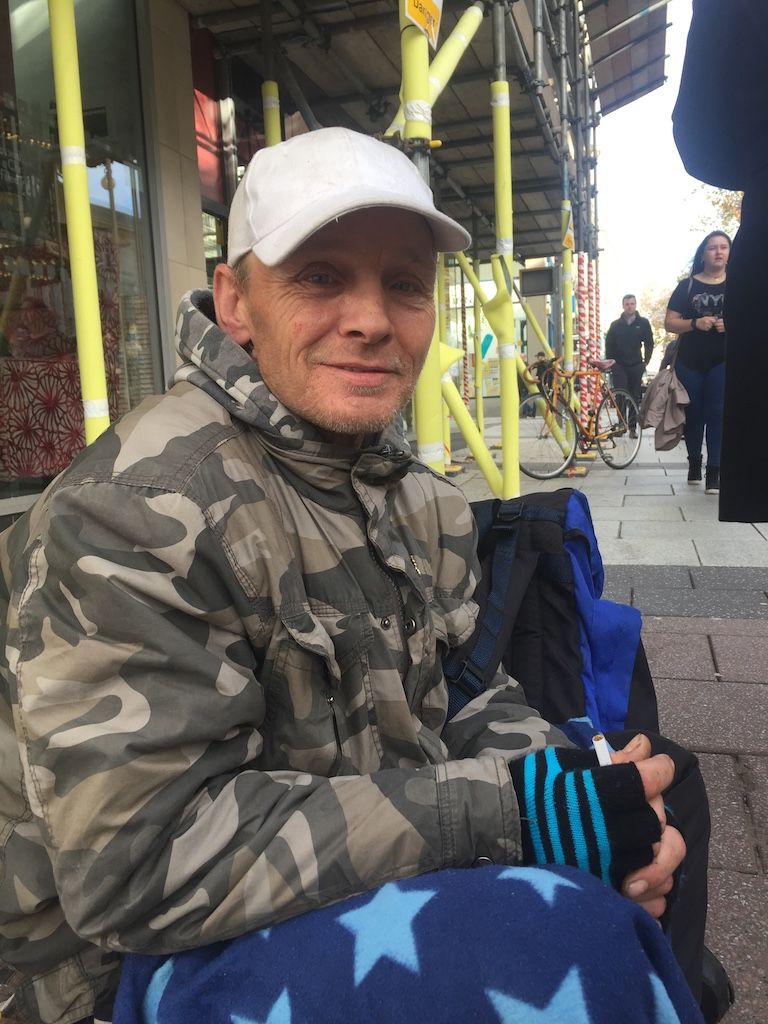 Whilst living on the streets, Nigel said his sons have been attacked and he’s been urinated on whilst he sleeps. He looks forward to the one day a week where him and his sons pool their money together and share a bed and breakfast for the night. Nigel said: “I’d prefer someone to sit and talk to me and not give me money than just chuck a couple of quid at me. It’s the interaction that means a lot.”

He spoke fondly of a time where he used to volunteer as a cook in the Huggard centre. “It was social and fun, and it meant hot meals for me and the boys,” he said.

The law firm Nigel sits opposite offered to pay for his and others' Christmas dinner this year. “We’ll get to have real turkey!” he said with a huge grin.

Another young member of the homeless community, Dominic who is 24, has been on and off the streets for two years after he and his mother were evicted. Although, many people have been friendly towards Dominic, he said that he feels tarred with the same brush as those who take spice, despite his disinterest in it. Instead of taking drugs, he prefers to read the newspaper to stay up to date with current affairs. 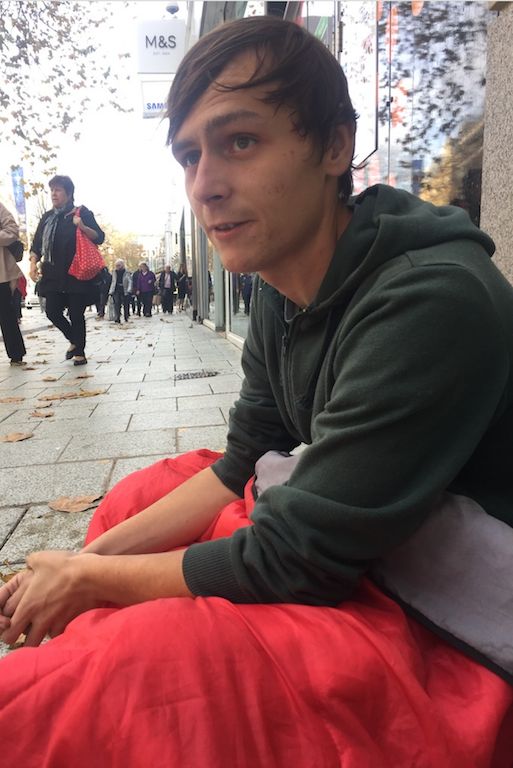 Dominic told me about the efforts made in and around Christmas to move homeless people away from the public festivities. He said he felt like there was no help to deal with the issue of homelessness, but merely an attempt to disguise it. He said: “They try to move you on, sweeping you to the outskirts of the city.”

Police also issue fines to homeless people, along with section 35s, consisting of a ban that forces the receiver to leave the city centre for up to 48 hours. Dominic explains that these are handed out for seemingly no reason, other than the sight of a homeless person causing the public offence. He told me how easily you can feel institutionalised on the streets: “We don’t enjoy it, but it can become a way of life, making It harder for people to find a way out."

Once a painter and decorator, Lee (47) used to be a family man and has two grandchildren. He has been on the streets on and off throughout his life. Lee was waiting a knee replacement which hindered his working ability. He explained how it was difficult for doctors to get hold of him without a fixed address or phone number, leaving him feeling like the operation may never happen. Lee said the hardest part about being homeless is the stigma – he feels embarrassed when he sees people he knows. 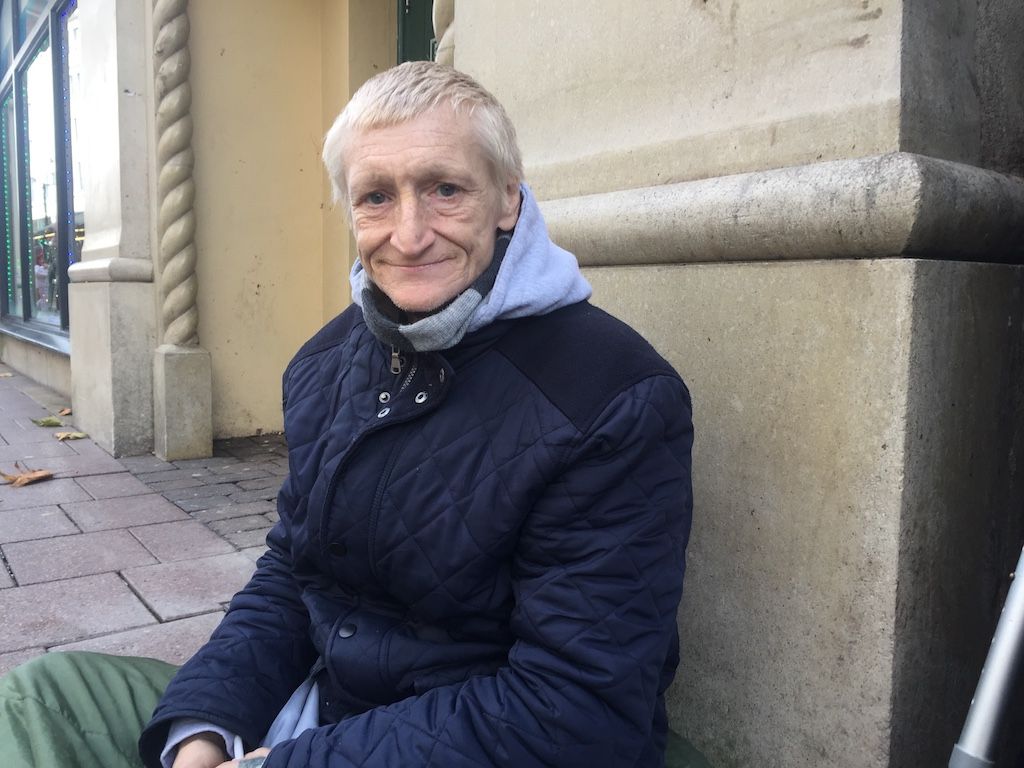 Lee spoke about the vandalism of his belongings, including his tent, saying: “They don’t realise how devastating it is.” Despite this, he said he feels “safer sleeping in a shop doorway" than down at his nearest shelter.

Lee also discussed his treatment from the public, saying some people have reached out to hand him a £20 note, snatched it back at the last moment and laughed. However, Lee said: "Most people are really kind, without them I wouldn’t survive.”

He told me a lady had given him a meal from Five Guys with a £20 note inside this week, with a message telling him it was for a bed for the night. He said: “That’s the first bed I’d slept in for two months, it was so comfy.” 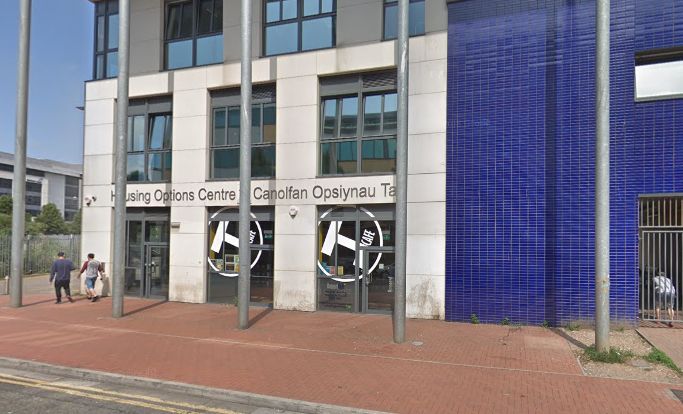 Sarah is just 22 and her partner Troy is 28. Sarah has been in care all her life and had found herself on the streets at 16. She seemed very mature for her age whilst discussing the heartache of recently miscarrying. 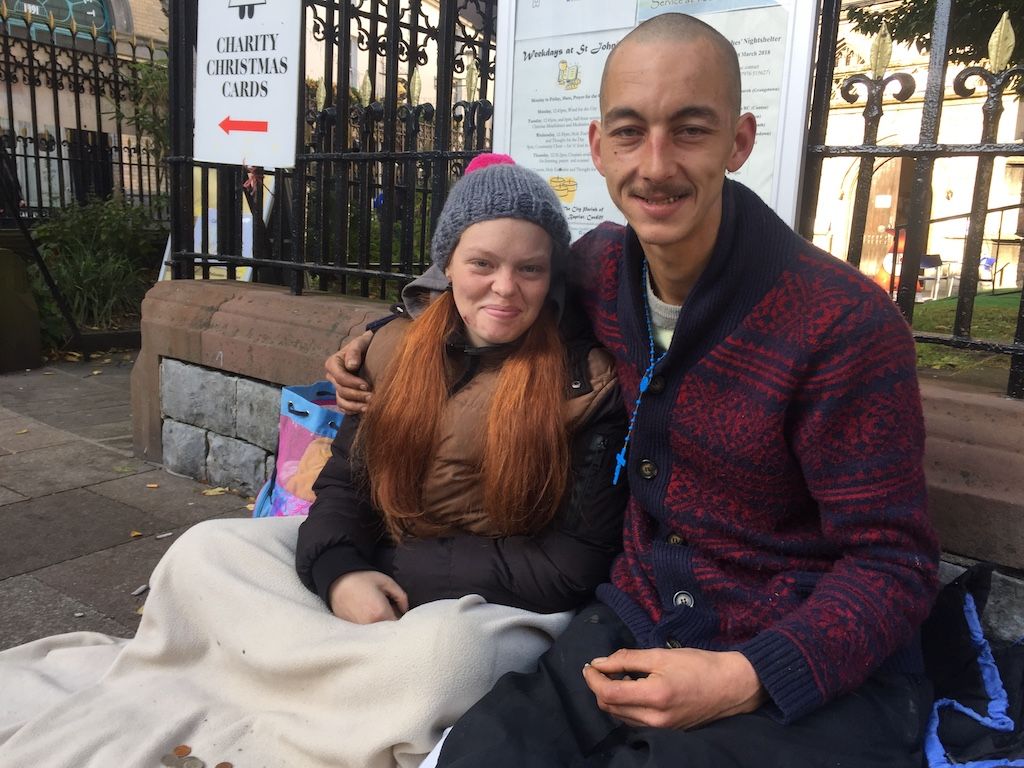 We spoke about having children whilst homeless, and the care you can receive. She said: “The ambulances come straight away if someone overdoses, but if you’re pregnant they never come.”

Troy believes the rise of homelessness is due to the switch to Universal Credit. This new system combines old benefits, leading to one payment a month rather than numerous ones. With confusion over applications and delayed payments people are being made homeless after finding themselves unable to pay rent.

I asked Troy and Sarah where they would like to see themselves in a year's time. Troy said: “We don’t want a lot, we just want to be off the streets.”

Speaking to some of Cardiff’s homeless community has been eye opening, and there is a lot more we can be doing to help the homeless.

A member from The Wallich, a Cardiff based homeless charity, Abi, informed me that you can take part in the ‘Pass the Parcel’ scheme this Christmas, which can provide homeless people with the essentials they need, as and when they need them. 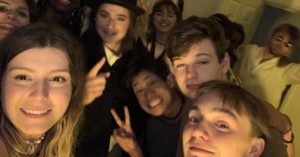 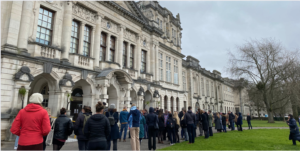 Cardiff University Industrial Action: Here’s what you need to know 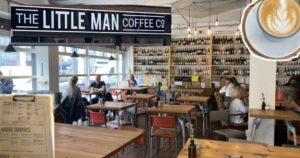