I went to Busted’s comeback tour and, sadly, it just wasn’t the same

This was it. This was the day I had been waiting for since that one cold winter’s morning in Edinburgh. I woke up at 6:00a.m. and downed three coffees just to be awake for the 9:00am ticket release.

I didn’t get the tickets. I was sat in the library when more tickets got released, and broke down in my seat when I managed to secure two seats, out of sheer elation. (I would like to formally apologise to the girl that had to comfort me in my ugly, Kim Kardashian-style convulsing crying fit that ensued). This was the day I had been waiting for since that one frosty, fateful January day in 2005. This was the day I was finally seeing Matt, James and Charlie – otherwise known as Busted – live, in the flesh, on stage.

I had never seen them live before. I had seen every variation possible: McBusted, Son of Dork, Matt Willis solo, their old tour videos and more – all of which had lead up to this big moment. With my older sister in tow (who had the privilege of seeing Busted on their break up tour), we sipped our pre-concert wine with the giddy excitement reminiscent of our childhood years of purchasing busted CDs and memorising every lyric in their in cover leaflets.

The excitement only increased as we entered the arena, just as Wheatus began to belt out “teenage dirtbag”. We did miss the first act, but being able to catch this song which, let’s face it, is the backdrop of almost all of our pre-teen antics, due to its cameo in almost every teenage RomCom from ‘04-‘06 ever, set the scene. 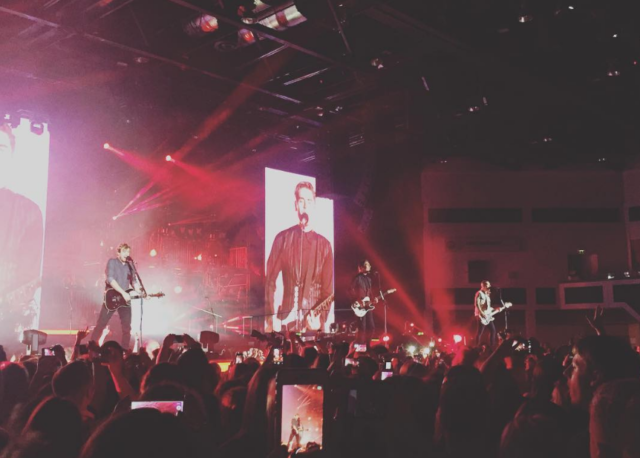 Another bottle of wine bought at the extortionate O2 arena prices, and years worth of waiting, meant that I was overcome with what can only be called a numinous experience as the lights went down and the guitars began to strum. Spotlights shone on to the three shining knights of noughties pop, screams swelled all around the arena, and they begun to play… a new song.

The dizzying effect of seeing their beautiful faces dulled the sound for about a verse, until I finally started to listen. To be brutally honest, I didn’t know what to expect from their new music, but this was not it. It created this odd atmosphere: a ridiculously excited and enthusiastic crowd, with nothing to sing along to.

It was hard to really focus on the music as the first song, but I remember being underwhelmed despite my heart racing and tears flowing (I cried maybe four times thought the gig). And the worst – it was completely forgotten as the next song came on.

For the next 45 minutes or so, the whole arena was filled with bouncing 20-somethings, happy-crying the lyrics to the songs that were what we went to school for, made us snigger whenever we encountered an Air Hostess, and made us contemplate the future possibilities of what the Year 3000 may really be like.

They moved from their main stage to one constructed in the middle of the arena (and about three actual metres from our seats) and created acoustic magic. They played a personal favourite song of mine, called 3am – a song any person who has ever drunk alcohol will relate to: drunk calls. As my emotions were at their peak – it was my third time crying – they decided to play another new song. During which I’m pretty sure half of the arena decided to go to the bathroom (or in our case, get another bottle of wine to calm my emotions). 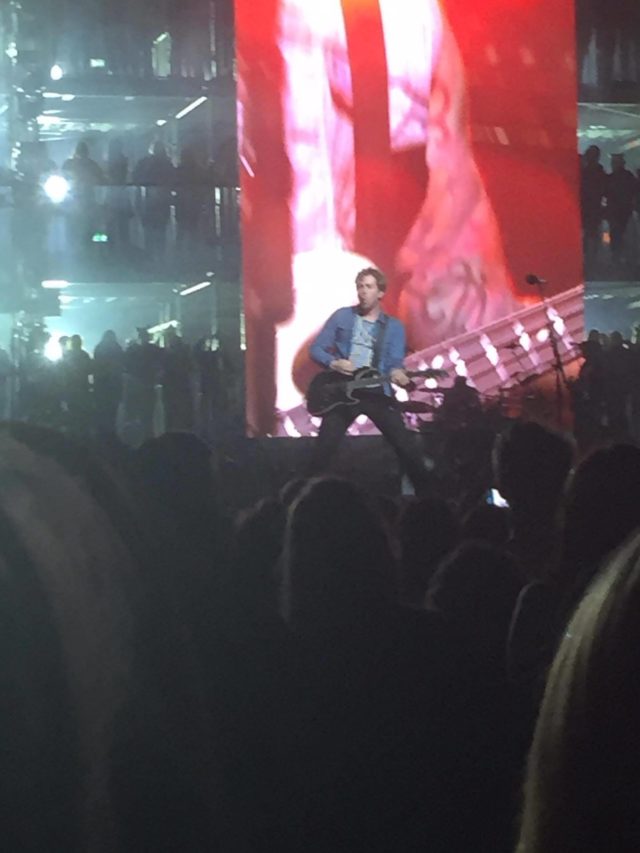 To once again be brutally honest, when I saw the quote that they think this new music is “their best shit ever”, I was perplexed. At first I thought it was because of my experience of the new songs, but I later realised it’s because Busted’s noughties sound is one that I, and most of their fans, treasure. It will never be as good as their old stuff, as that is all we know and almost only want to know.

So I decided to listen to their new stuff again, and it is actually good. But I will never call it their best ever, as to me their old stuff will always have a place in my heart. It’s not that it’s bad, it’s just nothing like their old music. 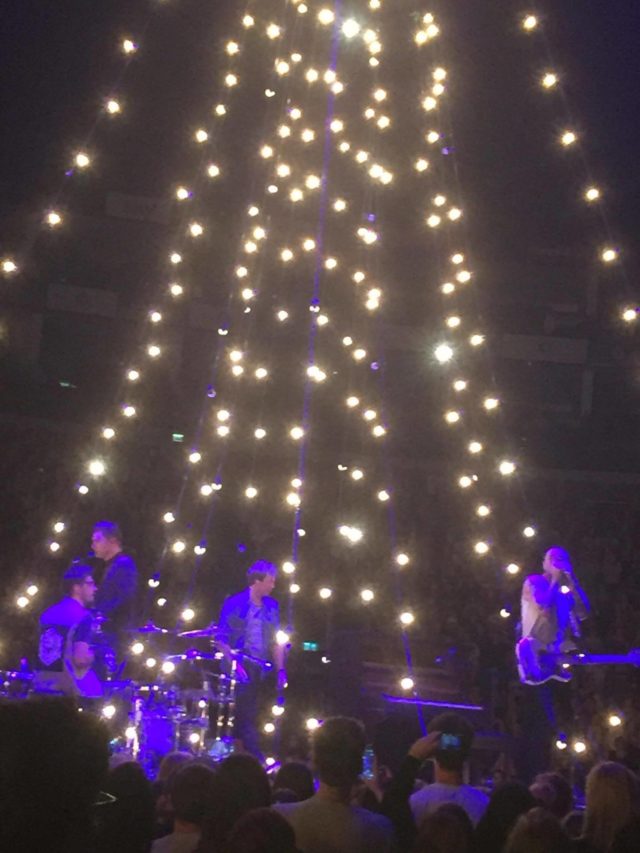 It seems like they have created a new sound to remedy where they failed before: the crossover to America. Whilst this may work, the process of this has removed them from their noughties rise to fame with their sly pop bangers, to another boy band in arguably, the era of failing boy bands. Their music can be considered great boy band music now as the genre goes.

However, one has to ask whether any of their new stuff will ever match their early sound. Today’s music doesn’t accommodate for that old noughties pop sound, and that is pretty much all the public wanted from their reunion. Their fanbase currently is the same, just 10 years older and rocking out to that’s what I go to school for during pre-drinks or in the shower.

It’s difficult for any band to create new music after 10 years, as the music scene has changed, yet their perceptions by their fans will remain the same. I will never give up hope for their new music, and I’m excited to listen to it, as through my disappointment towards it I realised that I, just like almost any hardcore Busted fan, will listen to it with a bias. It’s an effort to attract a greater fanbase, and as a true fan, I’ve realised that I should embrace them with this new direction (as long as it doesn’t follow One Direction’s).

Regardless of this, I will always love all three of them. Well, Charlie the least, as he created holes in my heart when he broke up the band. Holes that will never quite be healed.