A man’s guide to mansplaining (by a man)

In decision-making bodies, men dominate up to 75 per cent of the conversation

I’m gonna be honest. I don’t have many negative experiences with mansplaining. I am a man. If I really think, there’s a memory of being at a European Youth Parliament competition, and a man shutting down a woman talking about gender equality in employment because “women all have an innate desire to want to have children and therefore have to take time off work, thus destroying their career prospects”. The girl in this case totally shut him down. She told him she had no intentions of having a children, she just wanted to have a successful career. But it stuck in my head how his first reaction was to shout her down and tell her what “all women” wanted.

Mansplaining is defined as when a man “comments or explains something to a woman in a condescending, overconfident, and often inaccurate or oversimplified manner”. I’ve gone for an objective dictionary definition to avoid accusations of irony in a man defining what the term is to a group of women. Mansplaining, generally speaking, often manifests itself in men controlling discussion in an overconfident manner without consulting or discussing the issues with women.

In fact, statistics shockingly suggest that in decision-making bodies, men dominate up to 75 per cent of the conversation through interruption and overly assertive contributions. But it’s not just in formal decision-making environments where mansplaining is a problem. Women experience it far too often in all forums for debate.

It’s easy to get lost in statistics and research and forget that mansplaining is actually a phenomenon which affects women’s day to day life. Emili Stevenson, a UCL student, recounted her experiences of mansplaining: “In a discussion about women in sports getting less attention for doing more, such as winning the World Cup, I got told that what I was saying wasn’t true and that women had it easy because we don’t have the “pressure” of TV coverage and that most of the players “chose” not to get paid for playing. In short, this is a load of bullshit”.

Similarly, Erica Hom, a linguistic student at the University of Pittsburgh, told us her disdain at being told by men that “the wage gap is a myth and that women choose lower paying jobs and not to work in high-powered jobs”.

Undoubtedly, this is a huge problem. In an equal society, women should not be silenced by overconfident, privileged men, whether that’s in an academic space or workplace, and especially on matters which concern them in a more obvious way. Diversity of opinion should be recognised, embraced and not talked over. Ultimately, if only 25 per cent of conversation is led by women, the quality of debate is weakened through the silencing of valid contributions.

Similarly, however, silencing men by throwing around accusations of ‘mansplaining’ when reasoned, valuable contributions are made is detrimental to conversation. But, the reality is that men need to accept the current state of affairs. Instead of expressing their anger at being silenced by the recent focus on mansplaining and the attempt to re-address the gap, men need to remember the 75 per cent statistic and accept when we do need to be called out for an incredibly bad habit.

The statistic isn’t just a coincidence and many root in the problem of a “vast confidence gap between the sexes”. In ‘Womenomics’, a book by Claire Shipman and Katty Kay, they suggest that mansplaining can lead and be caused by a situation whereby men tilt towards overconfidence in their abilities, whereas women underestimate their ability to contribute. An example is given of  job applications to a technology firm. A survey revealed that men would apply when they thought they met 60 per cent of the qualifications, whereas women only when they fulfilled every single qualification stated.

If this confidence gap does exist and men continue to dominate conversation in business environments, political forums and elsewhere, men need to accept that we have to be called out to prevent this inequality in debate and self-perpetuating imbalance in confidence to continue.

Yes, it might be humiliating to be shut down. And it might seem unfair, at times, to be called out for being over-assertive.

But if we all want to improve the quality of debate in society, we need to accept that men need be called out for blatant mansplaining by occasionally damaging fragile egos is something which, in the long-run, is better for us all.

Want a well-paid AND flexible grad job? This test tells you which roles suit your personality

Yep, it's possible to have both 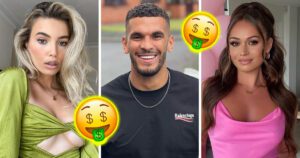 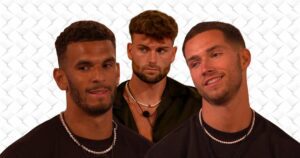 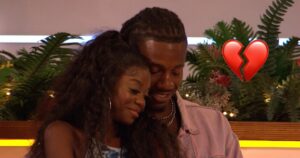 Sorry, but Tanya is about to break Shaq’s heart and here are the signs you missed 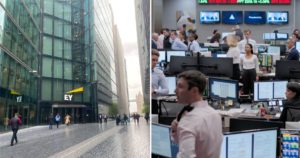