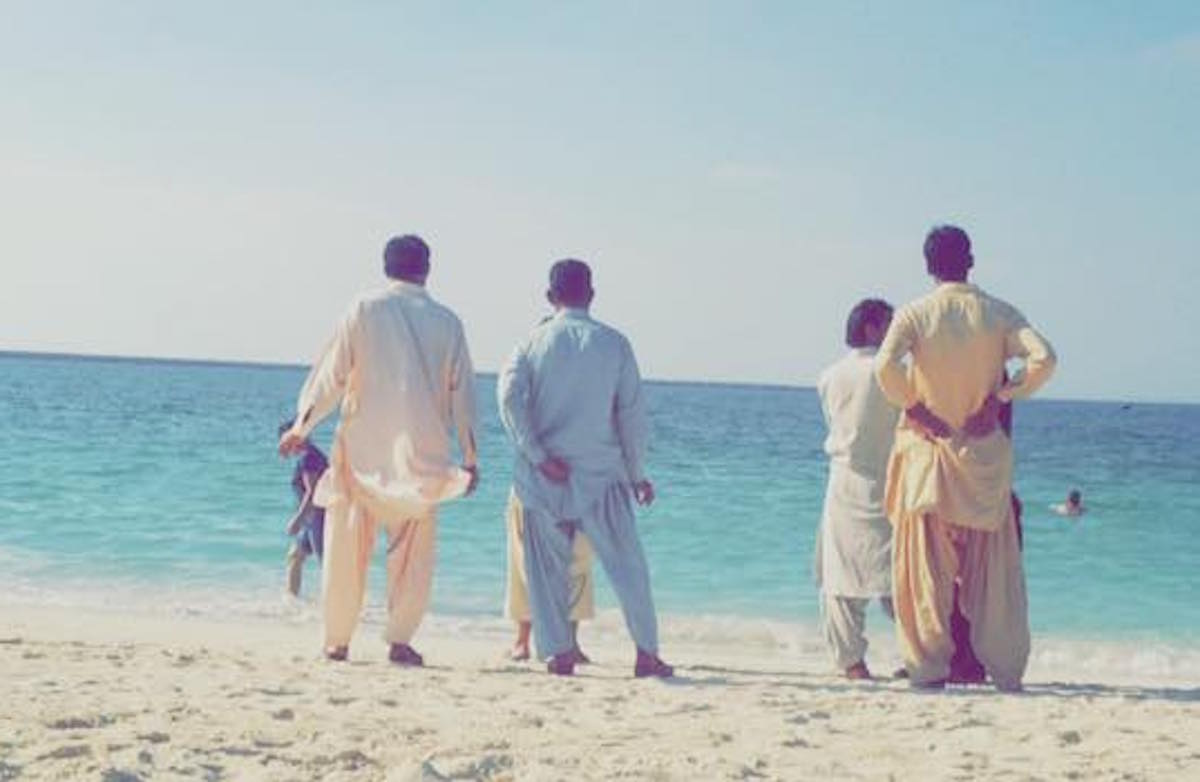 Anyone who thinks Dubai is ‘soulless’ is ignorant

‘It’s a myriad of cultures, working together in tight proximity’

Ignore what you’ve heard. Dubai is not “soulless with no culture”, and washed-up writers and men down the pub don’t know what they’re talking about.

Dare these vanguards of real culture venture further than the Ardennes, or the “less Russian” areas of the South of France, they might realise that the world does not all look like the Norfolk coastline. 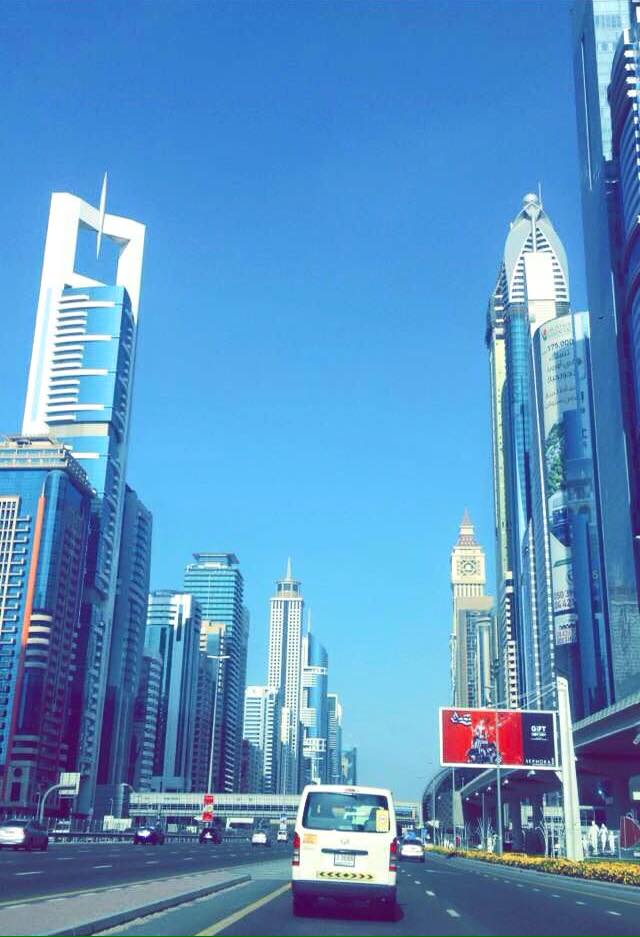 Snobby middle-class people who value a holiday on whether or not they can meet fellow people from their children’s boarding school hate Dubai. As do people who claim to “love” it but never leave their hotel.

Dubai is not even the capital of the United Arab Emirates, an old protectorate of the UK. Yet it is a short drive from the Kingdom of Saudi Arabia, a boat ride from Iran and a bus ride to Oman.

In reality, it’s simply the greatest testament to human achievement in the 21st century. From the ashes of sand, and desert poverty, came a city that defies logic. The tallest building, the biggest mall, the biggest flag, the largest indoor ski centre, the largest shopping centre with aquarium. It’s simply out of this world. 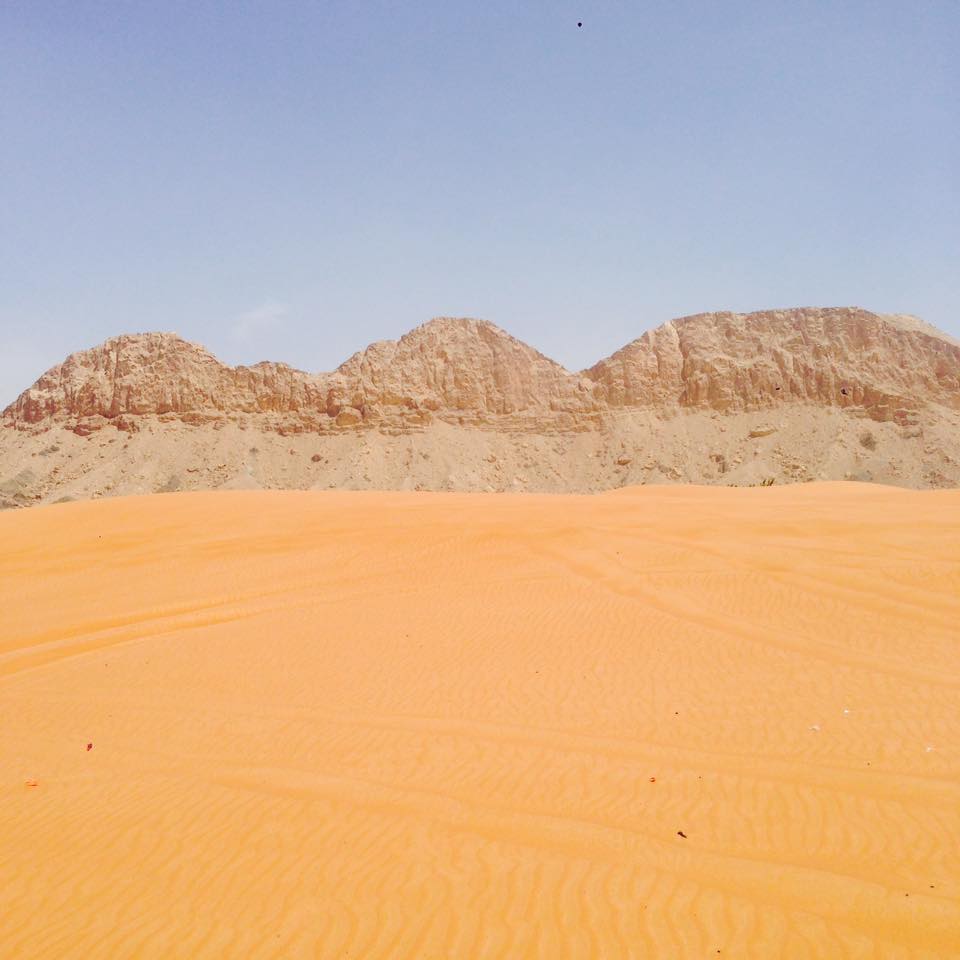 No, it isn’t Florence and nor is it a shabby Spanish isle destroyed of any semblance of culture. The two groups of people who comment on Dubai fail to appreciate the reality.

All of Dubai can marvel at the achievements of man as they look at a skyline that wasn’t even there 20 years ago. If it sounds hyperbolic, it’s because Dubai is hyperbolic. Dubai is excess: excess of everything. You can’t speak in limited terms about it.

Alternatively, you can decide that Dubai is simply a load of dodgy Hiltons that look and smell like tanning oil. That’s either said with joy or with fear. The Telegraph claimed that “If you’ve seen Dubai airport, you’ve seen Dubai.“ 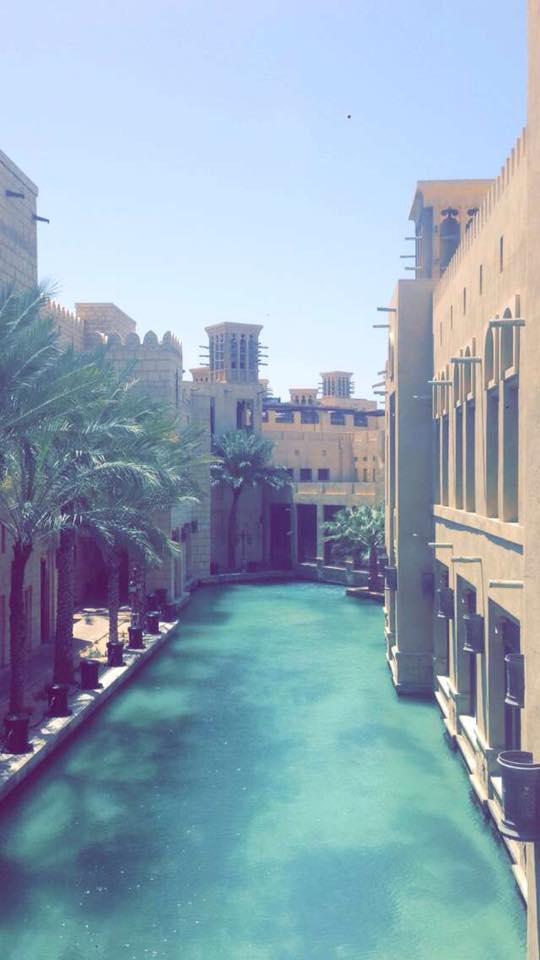 Seriously, it’s the sort of thing middle-aged snobs pass off as a joke because they only speak to other people when they’re forced to socialise at their wife’s dinner parties. Dubai is not just skyscrapers, it’s skyscrapers and everything else besides.

Take al-Satwa, an area I live next to, is an intense mix of Filipinos, Nepalese and predominantly Pakistani or Northern Indian people. The food is the most authentic you’ll get outside of those countries: karak stores selling cups for 5 AED, stores selling clothing from J&K, Afghans serving mantu. It’s an array of cultures, all packed together.

My favourite time to go down to Satwa is just after sunset during Ramadan, hearing the call to prayer while eating food you can’t pronounce, in searing temperatures. What makes it distinct from other global cities is that all of this diversity is so close to everything else. 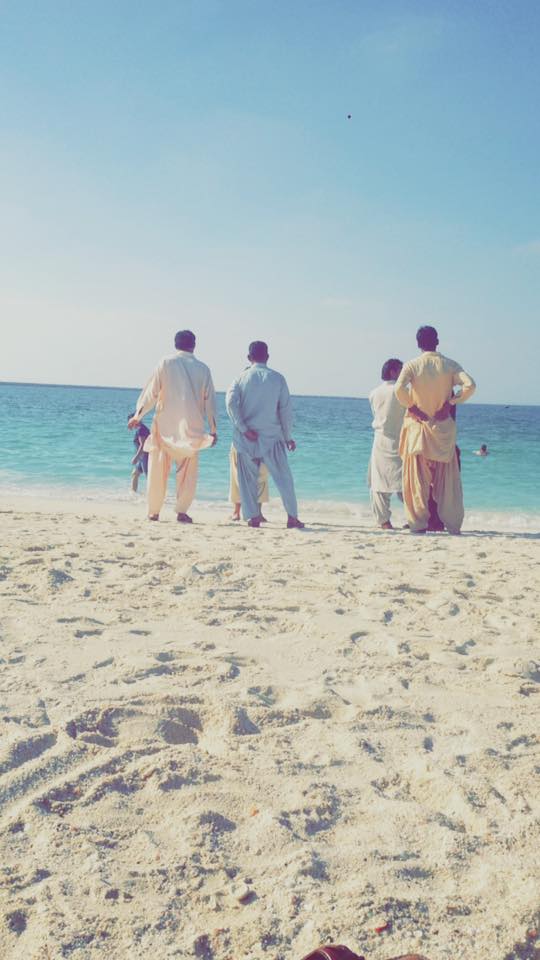 The tallest building in the world is just a few blocks from Satwa, but you won’t find tanning oil, or grumpy looking middle-aged public-school boys. It’s because people in the West don’t want to know, because it doesn’t conform to their fantasy of what Dubai is.

Dubai is not absent of history – take a drive to Mleiha and see ancient artefacts (no, seriously), or see abandoned pearling villages along the Arabian Gulf-coast.

It doesn’t even have to be expensive. Cheap food can be found the moment you dare to leave the malls thrown up because Western ex-pats couldn’t possibly have anything other than Tesco own-brand bread.

The “no culture” comes because Westerners demanded glitzy places and when their wish was granted, they claim it is “fake.” It’s palpably untrue. 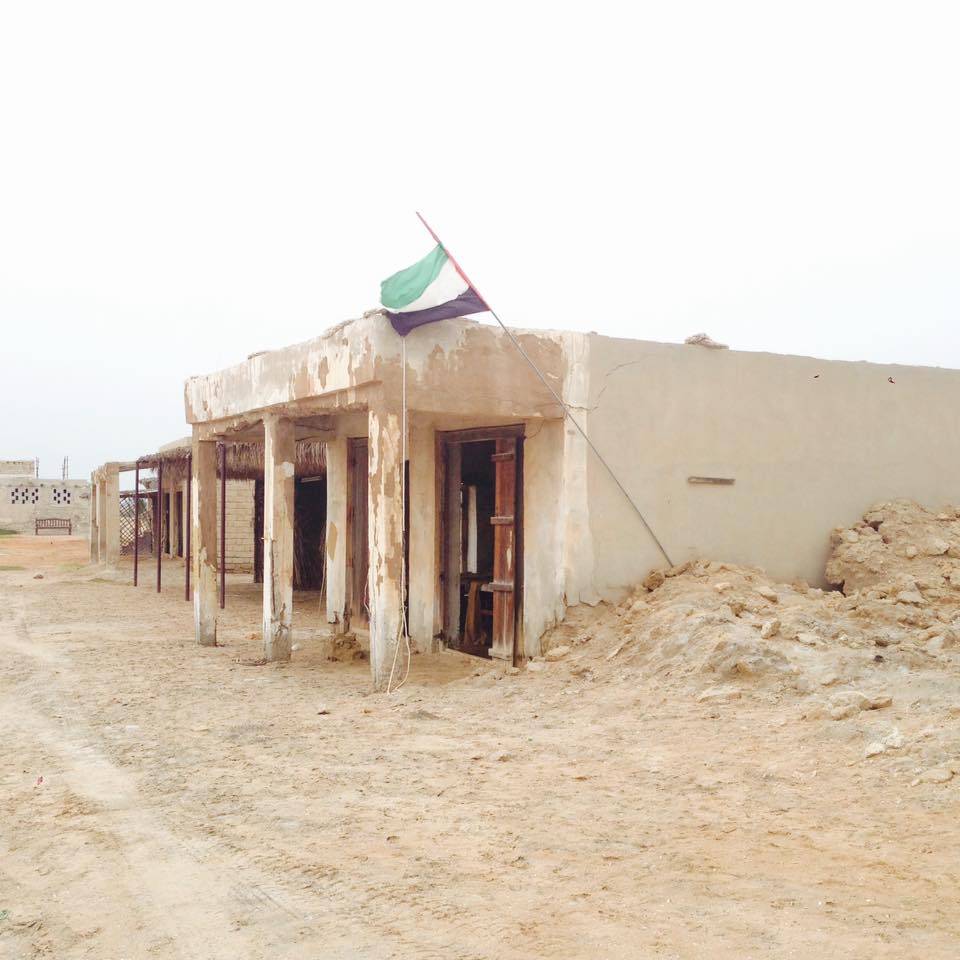 Come to Dubai and you can go to covert nightclubs, swim with dolphins, see contemporary art, ski, search for fossils in the desert, zipline across a 30-acre man-made lake, swim in the sea on Christmas Day, go to the opera and see whirling dervishes.

All of this can be done by simply getting your head out of your arse and realising that the remits of culture do not begin and end in three countries in Western Europe.

You can experience the greatest concentration of ethnically diverse cultures in the smallest amount of space, anywhere in the world. Effectively one strip along the coast filled with languages, cultures and ethnicity linked by Dubai.

Some claim none of it belongs to Arab culture, because they’re idiots who’ve never left the SZR (our M25). Travel a moment from the Trump golf course (God help us), and you can see tents, tents and sand. 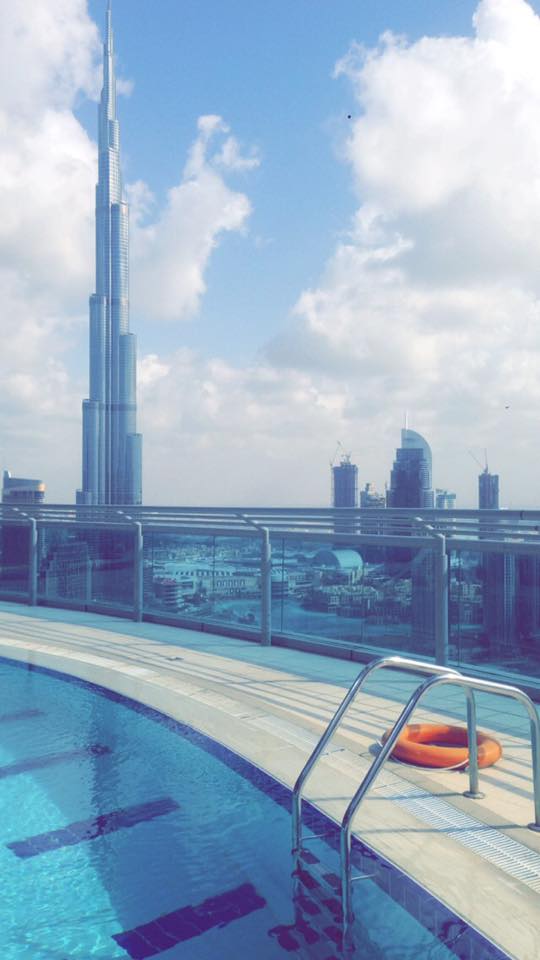 These are the Bedouin winter camps put up for a whole culture that is most definitely alive and kicking. An ancient culture that speaks varying degrees of Arabic, has an entire history history maintained in oral tradition and most certainly is not soulless.

That is today’s Dubai: a myriad of cultures, working together in tight proximity. This is Dubai, and not one of part of it is soulless – except the cold hearts of those idiots who spout shit after a trip to a hotel resort.

This is part of a series on places you ‘shouldn’t’ visit. If you want to contribute, please email [email protected]