‘It is hellish. It is absolutely hellish’

When I graduated in 2011, most people I knew went to work in the City, surrounded by similar people. Probably more than half of my peers from university chose to work – most still do – in the same three square mile area of London, in offices with fast lifts and gyms.

At the same time, a few people packed their bags in the autumn after graduation and headed off to places they had never been before, where they knew no one. Deprived coastal towns. Un-fancy neighbourhoods in Newcastle and Wigan. Bits of London sprawl you might wake up in if you fall asleep on the night bus: Forest Gate, Plaistow. 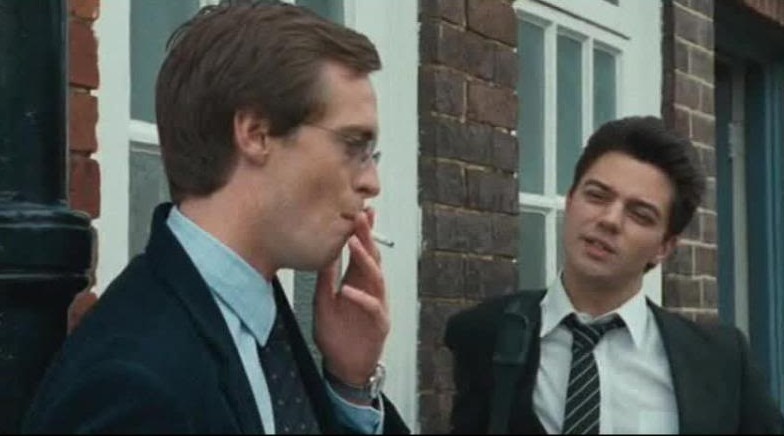 A marker of our civility

Right now, junior doctors are the  young professionals du jour. Their spirited jihad against Jeremy Hunt and his plans to pay them a lot less money for the time they spend saving our lives at 3am has caught the public’s attention in a way that no workers’ movement comprised of very well-educated graduates has since maybe the Sixties.

But I retain a lingering admiration for TF-ers, as they refer to themselves. Members of the Teach First army, which started life in 2003 with 186 participants and last year sent 1,685 teachers into the field.

The biggest graduate employer in many countries is a major multinational, or a financial services firm, or the army. Ours is now a programme that sends clever and civic-minded university grads to the most deprived areas in the country to teach in our most fucked up schools. Two years ago, it overtook companies like PricewaterhouseCoopers and Deloitte to become the UK’s biggest recruiter of graduates. That feels like it should be a source of national pride – some kind of marker of our civility in a world of greed and barbarism.

TF-ers are the people with the best stories at parties. Journalists talk about the obscure personalities of their declining industry as if they are celebrities. Consultants specialise in tedious anecdotes about the dynamics of their “team”. Anyone working in ‘the arts’ crowbars the Donmar Warehouse into all conversations. TF-ers, uniquely, have stories that mix slapstick comedy with startling insights into the human soul.

‘It is hellish. It is absolutely hellish’

Both my Teach First friends have completed their two year stint – one still works as a teacher in a state school in London; the other has gone back to studying, at one of the best universities in America. They asked not to be named so they could talk more openly about what they experienced.

And they experienced some stuff. 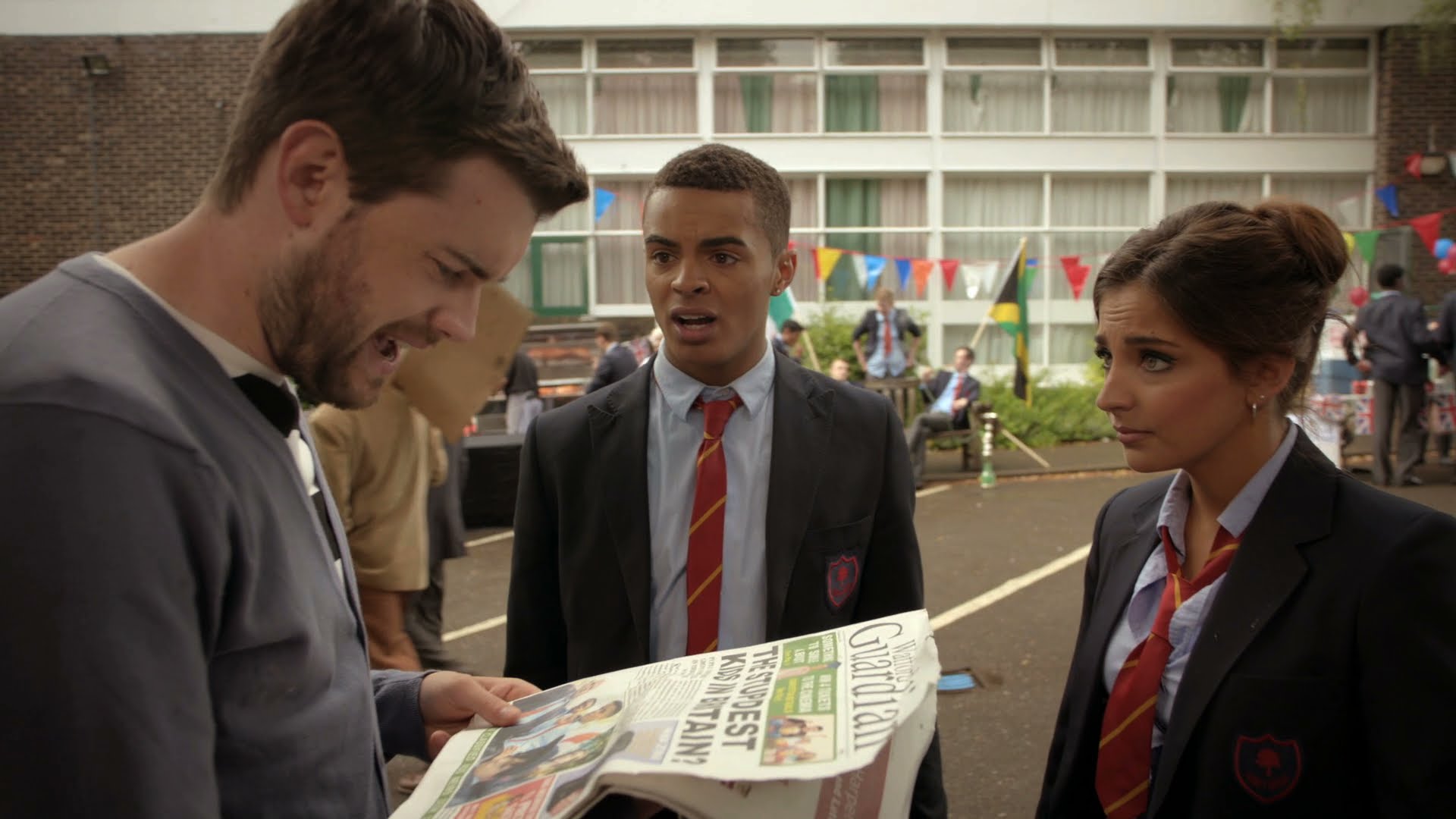 The-posh-teacher-in-shit-school trope is big on telly

“You’ve got very very poor behaviour, verbal and physical,” says my friend who worked in a school in Birmingham. “I had a boy in week three – after I was teaching him about monotheism – who said ‘I fucking hate the Jews’. We would break up fights.”

He describes the environment of his school on bad days as follows: “It is hellish. It is absolutely hellish. I loved it, but there are large amounts of stress and anxiety and mental health issues caused by people being sent into these environments.”

“I had a chair flung at me,” says my friend who worked in a London school. “I saw four heads in two years and a staff rotation which would make your head spin,” she says. “In my first year our department had no head, deputy and its longest serving teachers were off long-term sick.”

The upside of being sent from (mainly) Russell Group unis to nightmarish schools on the brink of closure with a small gang of people in the same position is that TF-ers universally report developing emotional bonds of roughly equivalent closeness to SAS units at forward operating bases in the Helmand Province.

‘You wouldn’t find as much camaraderie in any other career, except maybe the military’

My friend who was based in Birmingham describes the unity of TF-ing well. “I would say you wouldn’t find much more camaraderie in any other career, except maybe the military,” he says. “You are sent en masse to train and to live in an area of the country you haven’t been before.” 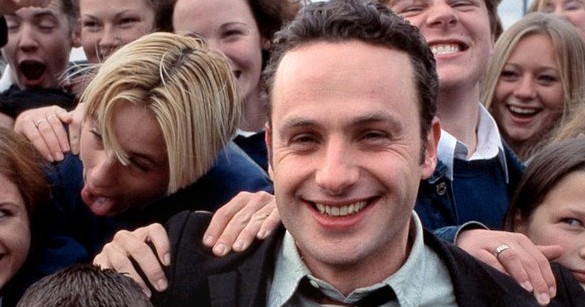 It is hard to find a picture of a woman lead in a teacher film or show. Here is Andrew Lincoln in Teachers.

Most of those sent to the west Midlands live in two-bed flats with other TF-ers in the Jewellery Quarter of Birmingham and all go out together on Fridays, when “everyone bitches about the same things, and consoles each other.”

“I was in London and the London cohort has a rep for being less pack-like,” says my other friend, “just because it’s a much bigger group and people live with non-teacher friends more regularly.”  But she says, “friendships are [still] forged pretty intensely. We shared horror stories, which did help assuage some of the negativity because we could laugh about it all. It was pretty cathartic at times.”

Anyone who knows anyone who has been involved with Teach First understands that it isn’t a chilled way to start working life. Many TF-ers work 14-hour days and Sundays.  Staff at the schools they work in are often stretched and the departments are under-resourced.

On top of that, TF-ers have to contend with the political schism in the teaching profession between two groups which are loosely known as the traditionalists – the Michael Gove sympathizers who like tests and formality – and the progressives, who take their inspiration from Rousseau and think children basically good and textbooks are evil.

“The sessions that  Teach First deliver often become heated discussions of those different approaches,” says my friend who taught in Birmingham. “The young TF-ers are being pulled in two different directions. You’ve got people saying, don’t use textbooks, so you have to create massive PowerPoints to do what the textbook would have done, and therefore every teacher is on their laptop at 10.30 at night.”

More power to them.