Remember the kid from the Frosties advert? We think we’ve found him

In playgrounds in the mid-2000s, rumours spread fast. Urban legends gained huge traction. And many will remember those that referred to the kid from the iconic Frosties advert.

One friend heard he’d been bullied so badly he moved to Australia with the money he made from doing it. Another heard – chillingly, and absurdly – that he jabbed a pencil up his nose because of all the pressure. Another heard he was attacked by bullies at school. Others claimed, horribly, that he had killed himself. Perhaps the most disturbing one claimed that he was terminally ill at the time and was allowed to star in the advert as his dying wish. 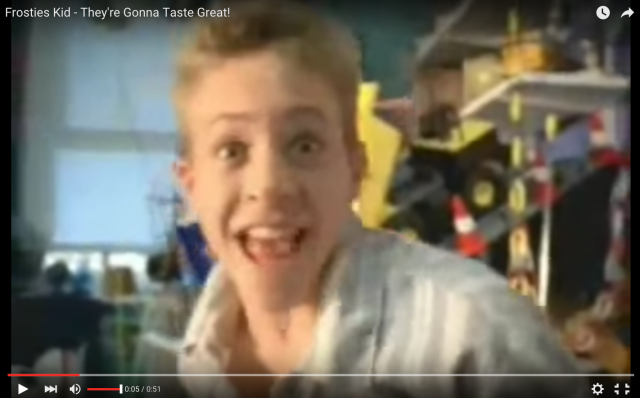 At the time the Guardian described the advert as a “jingle being sung by a boy at the exact moment his voice breaks, in a tone so monotonous it appears to be operating at a frequency which toys with people’s bowels.” Everybody piled in on the kid. Who can blame him for going so far underground?

All of the rumours were startlingly dark and strangely elaborate. Our adolescent selves truly hated this boy and somehow got off on talking about his sad demise. Thankfully, none of it was true.

We believe this is the Frosties kid, still (sort of) recognisable after all these years. His name is Sven Ruygrok, and now aged around 24, he lives in Cape Town where he is pursuing a career as an actor. A man who worked on the advert has confirmed it is him.

You’d have thought his experience as the Frosties kid might have put him off being in the public eye, and he doesn’t appear to have been in any more adverts. Though he has appeared in a handful of South African films including Zulu and a series of films about boarding school called Spud.

Me and the cousin @danilo_acquisto just casually chilling with coffee beans in our hand ☕️ pic.twitter.com/3gFbd5p2MG 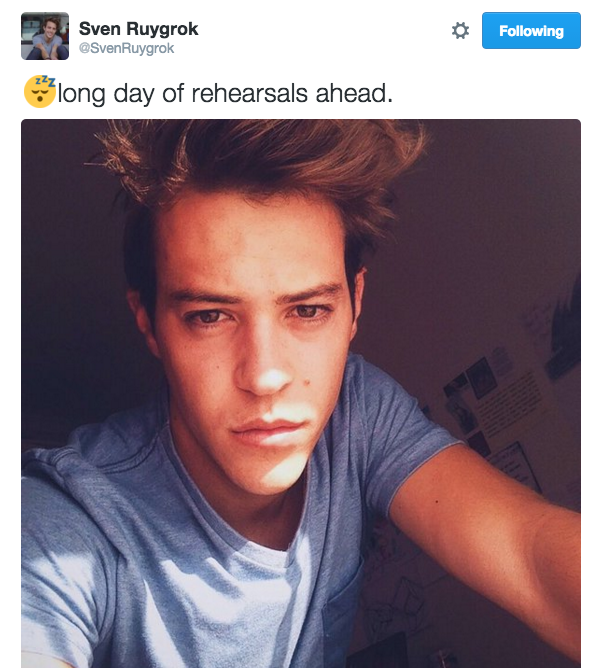 Sven now appears to still be acting in South Africa and is a YouTube vlogger. His strong accent here suggests his voice was overdubbed in the original advert, in which the nasal, it’s gonna taste great” singing is one of the most annoying parts.

Back in 2006, The Sun reported that it had tracked Sven down. They omitted his surname because he was getting a lot of threats at the time, they reported that the then 15-year-old was living in Johannesburg and training to be a gymnast. They reported him as saying: “Cant these fools distinguish between me and a character in an ad?”

Those embarrassing teen days when I thought I was God & could change the colour of my eyes. pic.twitter.com/T8RffdiXb2

”It was so irritating hearing the jingle over and over,” he added. “After five days I was going up the wall. But I switched off how I felt about it and got on with how the director was asking me to portray the character. I did that to the best of my ability.”

At the time Kelloggs tried to shield Sven from media attention. They simply said: “The vast number of consumers like the ad. It’s been a great success” .

The most startling thing about the whole interview? Sven said his favourite cereal is actually Coco Pops.

Fast forwarding to 2016, Sven seems to have dealt with his Frosties past with relative secrecy. It’s notably absent from his IMDb page and Instagram is private. He has repeatedly ignored attempts to find out whether he is the real Frosties kid on Twitter (including ours), but on one occasion he did cryptically engage a fan trying to track him down.

‘Both disappointing and frustrating’: Bristol ranks near bottom for Social Inclusion