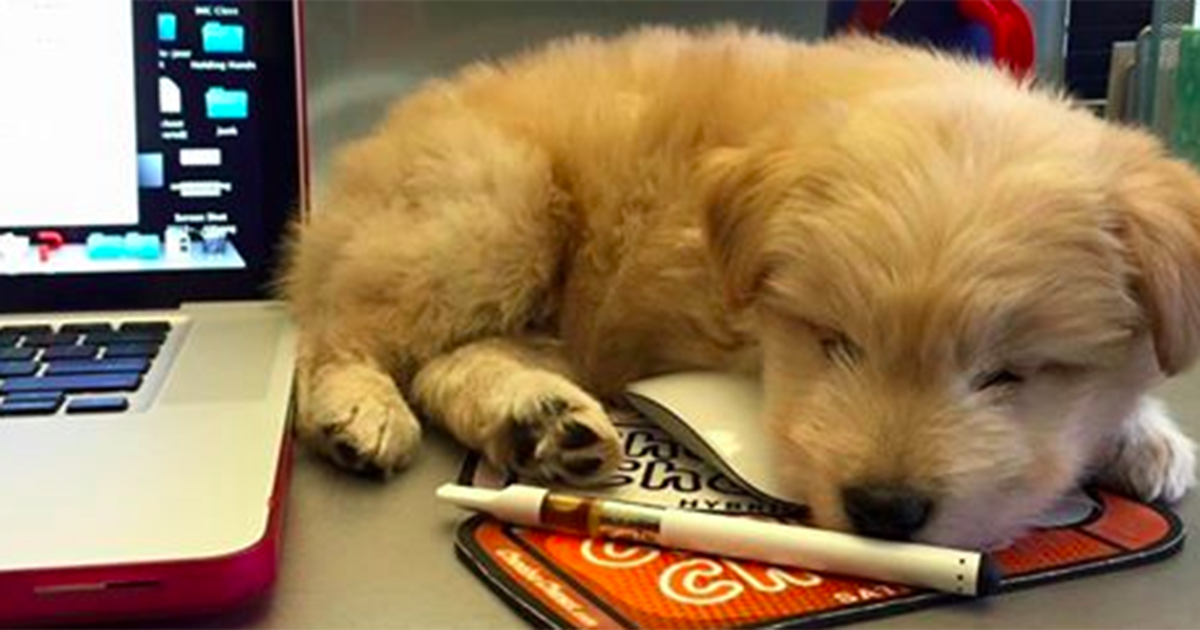 Sorry, but Dogspotting has gone to the dogs

It used to be so pure

As of today, Dogspotting has 109,348 Facebook members. It used to be a beautiful utopia. A place to go on sneaky five minute breaks from work. To look at dogs who aren’t entirely sure how small they really are (they’re really tiny). Gazing into the cameras of strangers with bulbous eyes and knitted sweaters and little boots which make them walk strangely. In the renaissance of Facebook groups, Dogspotting was the peak. 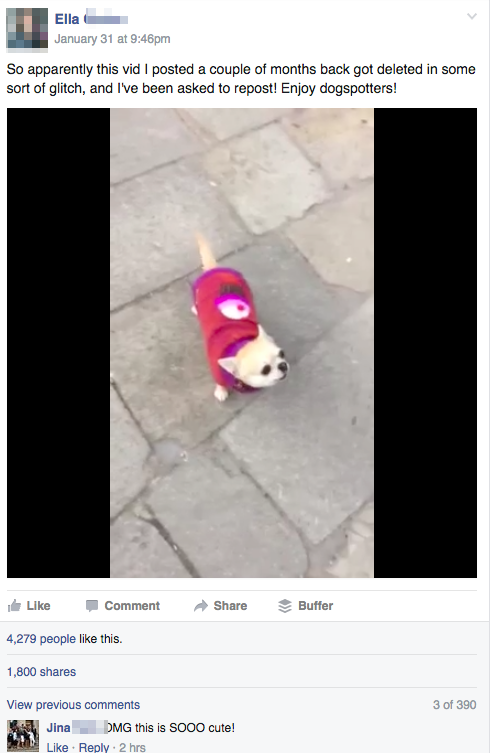 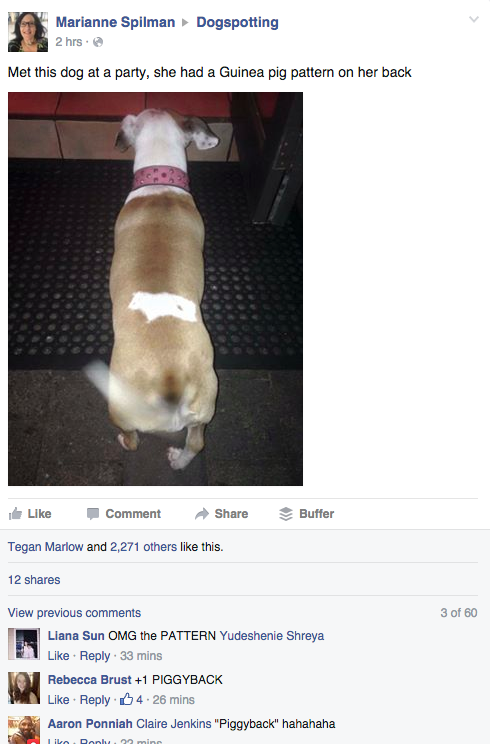 This is probably your own house you liar

I’ve posted it in myself. I’ve accosted people I don’t know on the street to zoom in on their beautiful pets. I’ve laughed from the sidelines as people posted known dogs and were ridiculed for it. It was a place of rules and regulations. When a friend, Jack Rivlin, posted a picture of a dead fox he saw on the side of the road in Brixton with the caption “Look at this orange dog sleeping”, I thought it was right that he was banned from the group for life. 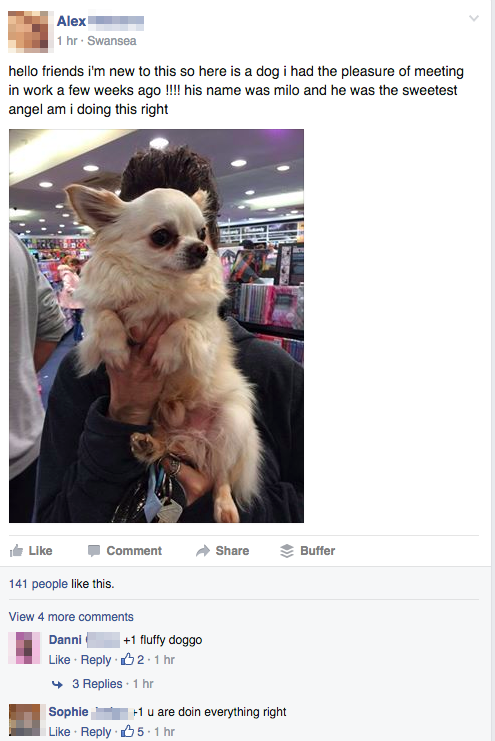 This person is doing it right

But somewhere along the line, Dogspotting has lost its way. It’s become a lawless place, a bulbous, bloated group, full of hangers on who’ve seen it on Buzzfeed. The principles which made it a utopia, nestled among angry Facebook mums and people who share Britain First statuses, have long been abandoned. I once saw 15 people pile in on a woman for posting a picture of her puppy – a known dog, it’s well known in the Dogspotting community, is a cardinal sin. People awarded points for good spots, for hard to capture pics. Captions were painstakingly written and ruthlessly judged.

Now it’s a wasteland. One screenshot posted in a Buzzed article with a drawing of dog, and suddenly etchings are acceptable at spots. IT’S NOT A REAL DOG THOUGH IS IT

“Party spots” are now commonplace. Posts where people claim, with flimsy evidence that ‘this is a dog they met at a party. Had no idea he would be there, so cute’. It is impossible to expect over 100,000 people to believe a dog you have taken a photo of in a house — your house, we know it’s your house — is a surprise party canine. But people eat it up, with the drawings, and the known dogs. 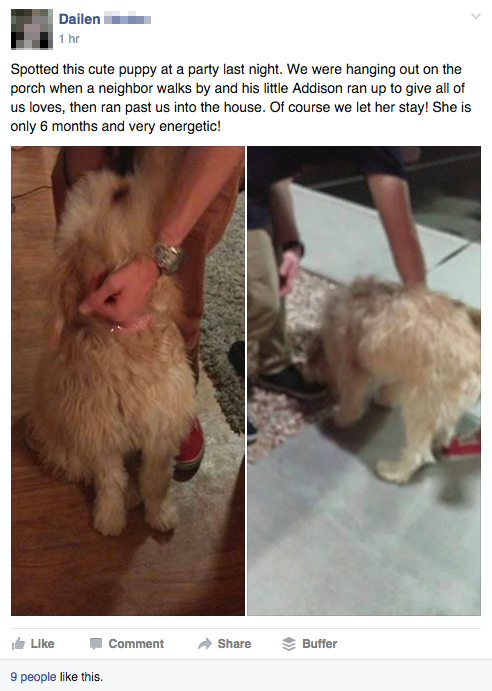 ‘Of course we let her stay!’ Yeah, of course mate 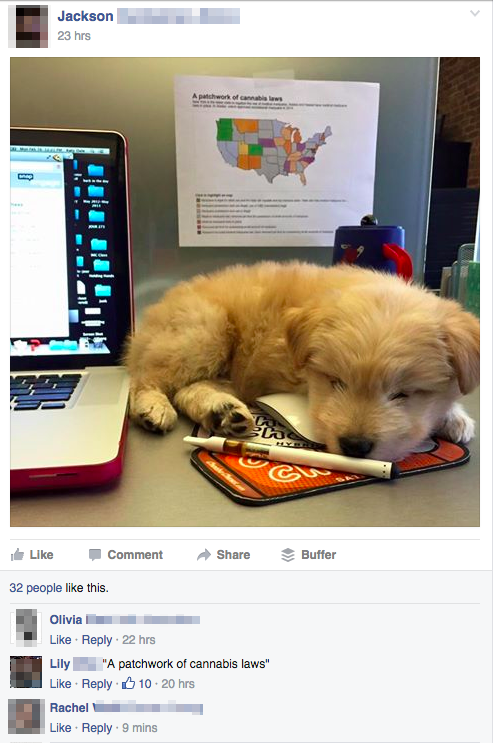 I’m not saying this a lie, but did you really spot it, on your desk at work? Just sitting there?

The quality has become so badly diluted that a splinter group — Positive Dogspotting, for only happy pictures of dogs and lovely, community spots — has formed and has nearly 1,000 members. 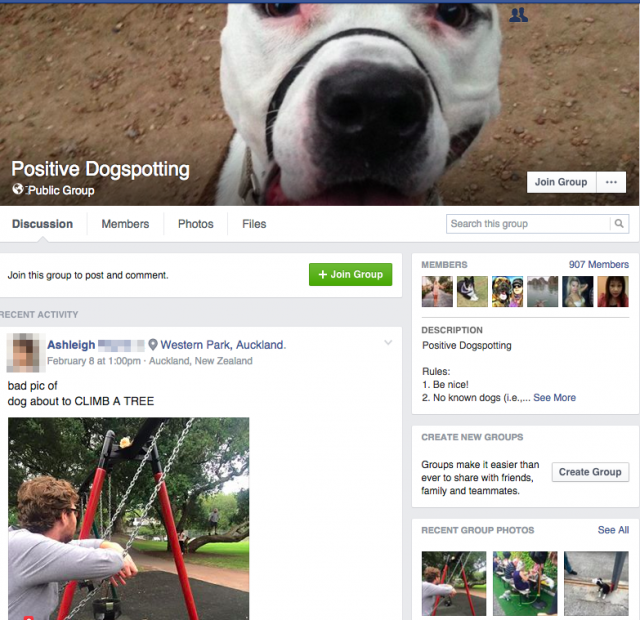 This is the lengths we’ve now gone to

Look, I love dogs. But I also love order. And without order, Dogspotting ceases to be the Internet haven we always known it to be and loved it accordingly as. While The Basement and Ket Talk UK/EU continue to rise and rise, Dogspotting has gone to the dogs. RIP.