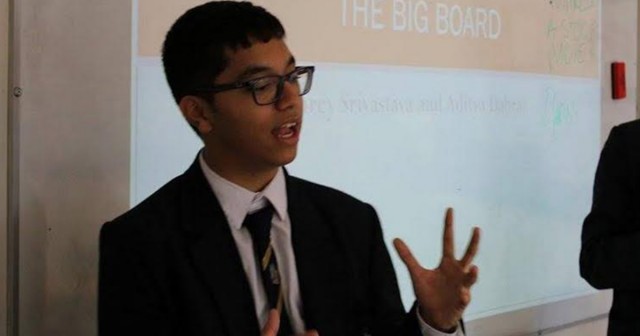 Shrey will probably run the Bank of England one day

Shrey Srivastava is fifteen years old. He’s never been taught economics at school and his parents don’t work in finance.

None of this has prevented him making thousands of pounds on the stock market or his finance blog from reaching 100,000 hits in less than a year.

With pieces like why trickle down economics works and why free trade is wrong, Shrey writes with a boldness and perspicacity most 15 year olds don’t have access to.

Tell me a bit about yourself.

I’m 15 and I’m from Harrow and I go to school at Haberdashers. My Mum used to be a teacher and my Dad is an IT programmer.

I expected your family to be involved in finance in some way but you’re self taught. How did you become interested in economics?

It actually started when I was a kid watching television. There were the normal ads for things like brokers. I started thinking “what makes all this go round”. I began to tune into Bloomberg on a daily basis and looking up financial news. It spiralled from there.

When did you start your blog?

Around March this year when I was 14 years old. I started it because I realised my interest was in finance. I knew I had a lot of ideas but I wanted a way for them to be constructively criticised. I wanted my ideas about how the US economy could be improved to be out on a public forum so they could be examined by others.

I think it’s down to the novelty of it – there aren’t many 15 year olds out there who have a blog on finance and economics. People are interested for that reason – it’s quite a unique thing.

So the novelty is more important than what you write?

I would say it’s a bit of both, of course, I don’t want to toot my own horn too much and say that I’m very astute or anything. But I do have a high stay rate on the blog, which means people must enjoy reading it. Hopefully that means I’m saying something people find interesting. 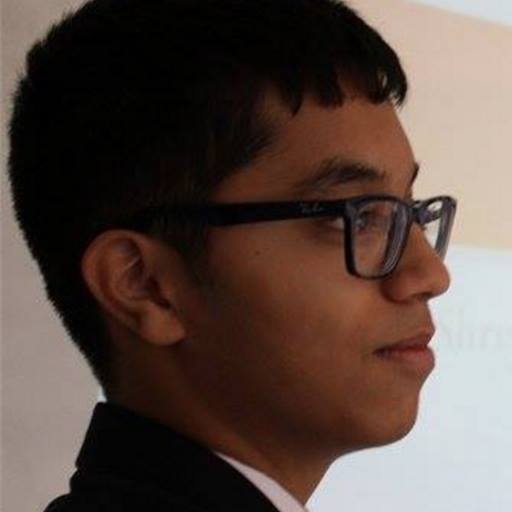 Do you ever put your money where your mouth is? Do you invest in the market?

Yeah, I invest in the market. I’ve made some money from investing in the financial markets.

What kind of things have you invested in?

Well, I used to check out MBoxWave and trade ForEx but I realised it wasn’t for me at this point. Normally I trade in stocks and occasionally I dabble in commodities. Once I invested in Apple shares. They’re my favourite to trade in actually because they usually go up.

Did you make money out of your investments?

Yup, I’ve made money out of every single one I’ve made so far. In total I’ve made about five figures. I started investing in February this year. Since the age of five I’ve been putting aside money and I used that to invest. As my savings grew my investments grew.

Is it odd being taught about these subjects at school even as you’re making a lot of money investing?

It’s funny actually – everything I know about economics is completely self-taught – my school doesn’t offer economics before A-Level. I never really feel like I know it all already.

I’m very interested in learning new things everyday, so I try and look at everything as something new while drawing a line over all the knowledge I previously accrued.

Do you have any advice for people who are thinking of investing at the moment?

The biggest rule when it comes to investing in the stock market is not to let your moves be dictated by your emotions. You can’t let emotions get into it or your trades will be all over the place. I know it’s your money but you should always look at it objectively and pragmatically. 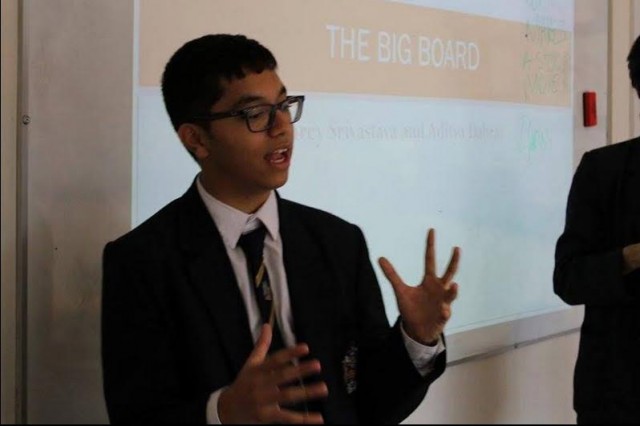 If I gave you ten million pounds how would you invest with it?

I’d put a couple of million into US treasury bonds because they’re quite a sick investment which keep growing. I’d probably invest half of the remaining amount in safe stocks that are guaranteed to go up in the near future, for example technology stocks. I’d be put the rest in more risky stocks in an attempt to grow my starting capital as quickly as possible.

What are the most common and easy to avoid mistakes people make with their money?

Something I’ve seen is that people listen too much to the news. The media have a tendency to let one bad event to create a sort of bandwagon, herd mentality. You shouldn’t allow the news to stop you being objective with your money.

So it’s better to be like Spock in Star Trek when it comes to money?

Do you have any advice for avoiding debts?

I would say that whatever your household income is, there’s always a certain proportion you should save. If you save a small amount of your income each day it’s the first step to ensuring financial well being.

Would you wear a suit casually?

Not really. For family events and formal occasions sure, but I wear normal clothes when I’m relaxing.

Who’s your hero in the business world?

Well the obvious one to say here is Warren Buffett. He grew a relatively small amount of money to such a large amount of money. The real striking thing about him is, despite his wealth, he strives to continue to make more. I want to take that sort of progressive mindset from him.

Yeah exactly. I read a statistic in school the other day which said the amount of information on the internet doubles every twelve hours. So there’s never a shortage of information to go to. I would really like to read and continue expanding my knowledge well into my 80s like Buffett.

When I was your age I played a lot of Xbox and played five-a-side football really badly. You have a successful investment portfolio and a popular finance blog. Do you feel different to other 15 year olds?

No, not really. My other friends who are also 15 have similar interests to me, like politics and economics. I think my friends make me more interested in these things, we’re always exchanging useful information.

At school I run a club with a relatively high turnout each week. It’s called the Big Board club (after the nickname of the New York stock exchange) and at this stage we talk about stocks basics, what makes a stock move and so on. Eventually we’ll get into more narrow things like profit earning ratios.

What do your parents think of it all?

My parents stay as far away from this as possible. None of my family are in finance, they don’t really know much about it themselves. They are as supportive and approving as they can be. They are usually quite impressed with me.

How are you feeling about your upcoming GCSE’s and further education?

In the subjects which I’m taking there’s no official prediction. For A Level I’d like to do Maths, Further Maths, Economics and Physics.

I see myself studying economics at university. I haven’t done a huge amount of research into uni but obviously the brand names like LSE, Oxford, Cambridge and Warwick are the places I’d like to get into.

In terms of after that, I’d like to do something economics related, preferably working with stocks and shares – working in a stock exchange, perhaps investment banking, or wealth management.

Outside of your blog, where should people get financial news?

Bloomberg and Marketwatch if you want to get hold of what’s happening every week in the markets. If you just want a basic grasp then Investopedia is the best way to go. It’s excellent for the basics. You can also find me on Twitter @BlogShrey.