The fun vs fit dilemma is the scariest part of Halloween

It gets me every year

This Saturday as you’re reaching for the ironic suspender belt and the latex make-up, there’s an important decision to be made. A serious dilemma that can make or break your Halloween celebrations, and irrevocably change your persona. Are you gonna go fit, or funny?

It’s testament to how precarious a tightrope women walk at Halloween that you can’t be both. You can either be sexy or scary – either, not both. Like everyone’s worst ex-girlfriend stories or a nurse who while wearing fishnets and stilettos tells you you have two weeks to live, the image is too confusing and not at all fun. Instead we’re forced to divide ourselves between two camps, pitting ourselves against each other and turning house parties and themed club nights into battle zones. 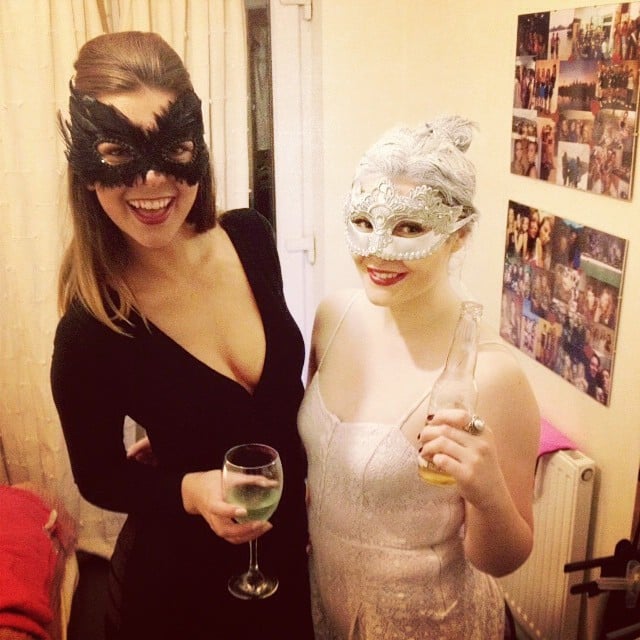 Are these even costumes?

Choosing to go fit for Halloween sets you in one camp. There are obvious benefits to it: you look fucking excellent wherever you go. You’re showing off your creativity while still looking like the best version of yourself, the version which can get away with wearing booty shorts and corsets in October. You’re the embodiment of the hallowed phrase: “Halloween is the one day a year when a girl can dress up like a total slut and no other girls can say anything else about it”.

You wear it as a badge of pride, loudly proclaiming how feminist it is that you’re dressing how you want, your flimsy masquerade mask or black bodycon dress the only nod to an actual costume as you bathe in the glory of being both desired and admired. You are flanked by Izzy and Mel, who are part of your “sexy Crayola” crayons group costume, and you are having the time of your life. 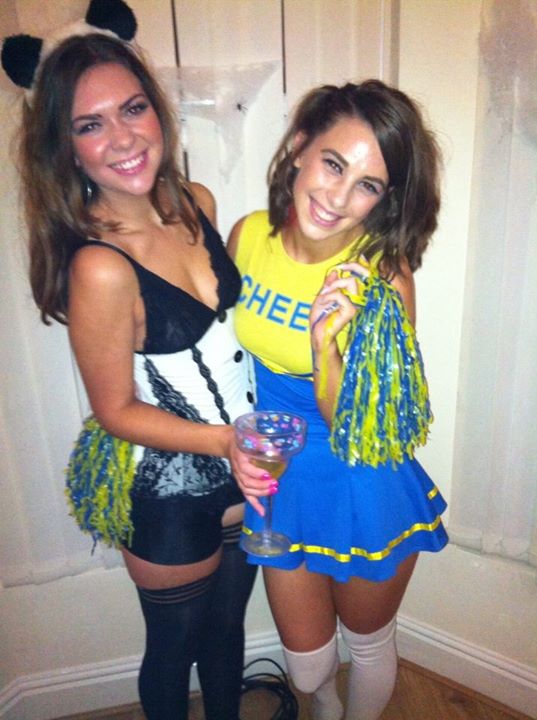 But going down the fit route has its detractors. You’re immediately branded as one of the PSL crew. There are those who will accuse you of being basic for a costume that screams “first result for ‘sexy minion’ on Amazon”. Across the room from you as you hold court in the kitchen, teetering precariously in platforms, are the “fun” girls. They have dressed as real minions, or spent hours on special effects make-up. They’re a horde of papier mache and witty planning, and they are judging you.

Halloween is different for girls who have put themselves in the “fun” camp. Their faces obscured behind painstakingly applied latex zips and coloured contacts which might blind them, they wait for everyone at the party to ask who they are so they can haughtily explain their genius, offbeat, obscure ideas brought to life through the help of Youtube tutorials. 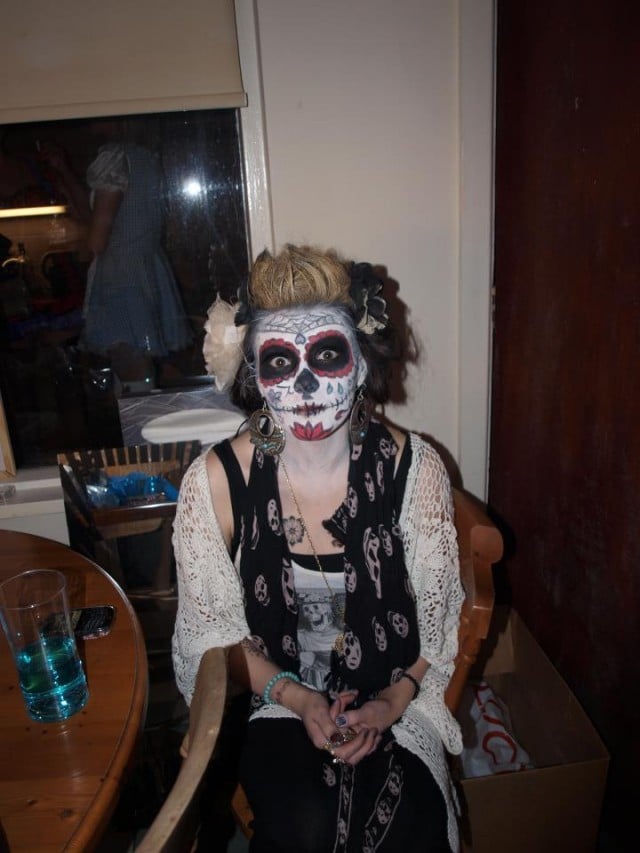 “Actually”, they’re scoffing at some guy dressed as Bane for the fifth year in a row, “Actually, I’m Francine from Arthur? Remember it? Yeah. Last year I was the clown from It – girls watch scary films too!! And Alex is here as Steve from The Life Aquatic With Steve Zissou. We both think it’s Wes Anderson’s best film – unpopular opinion, I know – and we saw it on our first date. He’s just out buying more IPA.” They’re there for the grudgingly impressed “ohhh, I get it now”, not envious and lustful glances. 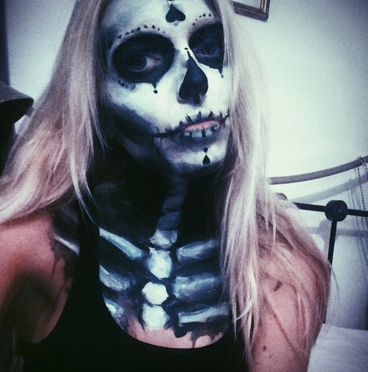 It goes without saying that the fit or fun divide doesn’t go for everyone and that you can be one or the other interchangeably. It’s not actually a defining trait, but unfortunately, it’s one that’s not just restricted to Halloween. People are all too eager to categorise you as a fit, basic bitch, or a fun girl, someone who gets it, but is automatically a little bit less sexy for it. At the intersection sits the “cool girl”.

Snugly positioned in the kitchen, scantily clad but knowing, carefully chewing greasy cold pizza, dressed as something annoyingly obscure and upmarket, or a clingy black jumpsuit with detailed skeleton make-up, or sexy Garth from Wayne’s World 2. None of these people are real, but being someone else is kind of the point of Halloween anyway.