We’ve realised taking drugs is a human right, so hurry up and legalise them

In a rare sign of common sense, a group of MPs and peers recently said drug users have a human right to feed their habit, a rare change from a political system which normally seems determined to needle into our private lives as often as possible.

Prohibition has never worked because people would rather have fun than come to terms with the grey reality of their grim existence. For the best part of two decades following WW1, the US government banned booze and generously paved the way for the likes of Al Capone, who lined his pockets with the proceeds of the black market, and dominated Chicago to the extent of being nicknamed “mayor”.

Similarly, ever since 1971, when Richard Nixon declared “war” on pleasure-inducing pills, powders and plants, over $1trillion has been spent on an ignorant desire to stop ordinary people from chewing, inhaling or snorting what they want.

Aside from what that sort of money could’ve been spent on, from eradicating poverty to propping up the NHS, the idea the State has a right to control what we place in our mouths is appalling (especially considering homosexuality was decriminalised in 1967.) 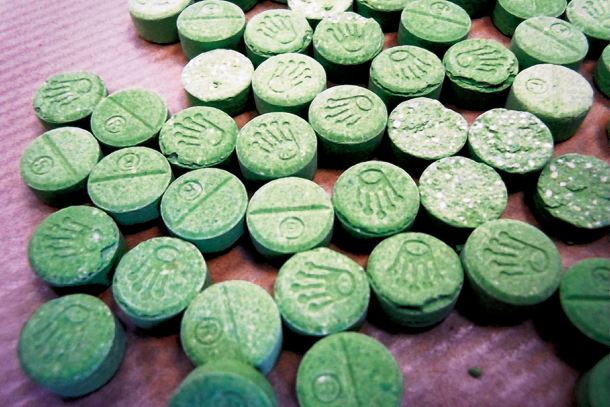 Got any pills?: It’s your body, you can do what you want with it

The war on drugs has failed miserably: since 2010, over 100,000 people have been killed in Mexico and much of that is attributable to the cartels. The West spends billions a year on fighting this rather limp war – with the US spending $51 billion a year on flogging thin air. In the UK alone, 70,000 people a year are given a criminal record for the possession of drugs, and half a million people are stopped and searched by policemen for the possibility of having a bag of something snort-worthy in their pockets.

Has the draconian police-state apparatus been successful in its incredibly tedious game? Well, no.

In the UK, one in six children between 11 and 15 have taken drugs, and a third of adults have taken drugs too. Drug-related deaths number in the thousands, and the criminal charge for possession ruins the lives of perfectly good people. Yet even if the war on drugs had been a successful venture, I’d still not care.

Drugs should be legalised, and no – I don’t just mean decriminalisation and I don’t just mean cannabis. I’m talking about everything from cocaine and heroin, LSD and dope – burn the red tape which has been wrapped around our mouths, and let everyone consume what they want.

How we choose to live our lives is what defines us – and if we are deprived of the right to enjoy ourselves in a recreational way, than we no longer live in a free society. When citizens allow the state to control what they can consume, they open the door to the theft of our greatest freedoms. Don Winslow, the author of The Cartel argues the existence of drug-related surveillance systems paved the way for the post-9/11 spying programme by the US and UK governments.

The biggest problem we face is both the opponents and proponents of the “war” fight on the same salad-infested battleground of health-obsession. Those who want to legalise cannabis, for example, do so because of the “enormous health benefits” dope has, and those who want to keep the consumption of the little green plant criminal, do so because it’s bad for our brains. It’s not hard to believe, but it misses the point.

Anyone who cares about their liberties and the protection of their private lives from the muscular arm of government, should stand up and say “legalise them all”. Whether something offends you, or sickens you to the core – you shouldn’t ban a perfectly moral act enjoyed by consenting adults.

The fatties, boozers and smokers should join the stoners, because this isn’t about drugs anymore – it’s about reclaiming our bodies. Governments become bloated through the intoxicating nature of power. Our political class should intoxicate themselves in a different way – by kicking back with a joint and chilling the hell out.