Everyone who had a more interesting graduation than you this year

Last year there were disastrous selfies, falls in platform shoes and one case of mistaken identity for this Exeter grad who was delivered photos of a Indonesian lady called Winona, and this year, graduation season did not disappoint.

Here’s the rundown of everything noteworthy that happened at graduation this year – in case you skipped the ceremony and just had your certificate delivered to your house to save money, you miserable bastard.

Everyone who graduated this year was ancient. Not 24-year-old mature student trying to make up for fucking up their A-levels the first time round old, but proper adorable old.

University of Ulster grad Odhrán Mullan celebrated his graduation alongside his 46-year-old aunt maria and 82-year-old grandad John. Grandad John said it was “great craic” and they even took a family selfie. 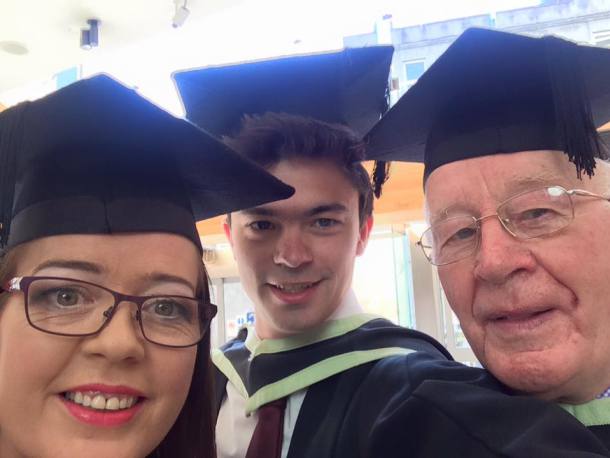 At the time Odhrán told The Tab: “I have a lot of respect for my grandfather anyway, but when he decided to go to uni he set a great example for everyone in the family.

“He’s 82, and he fitted in seamlessly with a much younger group of students, and wasn’t intimidated by it at all.”

The Mullen family weren’t alone. Keele saw 73-year-old pensioner Gerry Watkin graduate with a 2:1 in History and American studies, after a stint living in halls and a semester abroad in the US.

On the other end of the spectrum, tiny baby graduates have suddenly come into our lives, armed with ickle degrees and cuter photographs than you. These people either have their whole lives ahead of them, or most of their lives behind them, and either way, they need to stop stealing our thunder.

Twins doing better than your 2:1

This year an Illuminati-esque trio smashed nailed interesting graduation pics, as three sets of twins achieved firsts and graduated all together. The brainy sibling sets were all girls and all nearly identical – and two sets of them (four girls altogether) even went to the same uni. 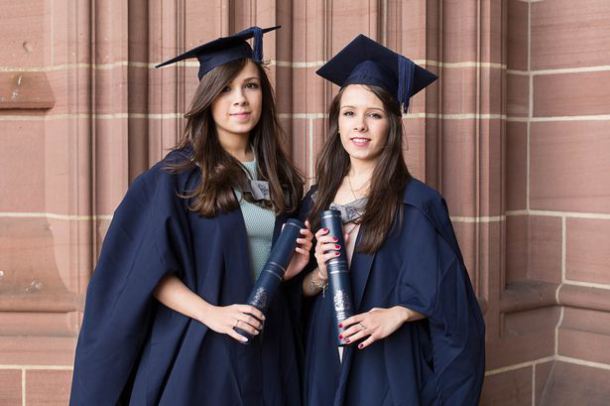 Yasmin and Alyssia both got firsts from the same uni and in the same degree – credit: Jason Roberts/Liverpool Echo

Proving that there might just be something in telepathic communication between twins, Yasmin Hussain-Hughes, who graduated from the same course as her twin sister at John Moores, said: “We didn’t plan to go to university together, it just kind of happened.

“We didn’t pick the course with the intention of doing it together. We went in the same halls at first and we thought we would do it just in case we didn’t get on with our flatmates.

“It was nice to have that support there and someone who you knew really well that you could always confide in.”

“Sometimes we will speak at the same time and say exactly the same thing, and that will weird people out a bit, but I don’t think being mentally in-tune with each other really happens.”

Putting the ‘rad’ in graduation

Anywhere mortar board throwing was banned

Killjoys at Birmingham uni banned everyone from throwing mortar boards this year, thereby ruining any stereotypical “Class of 2015: We did it!” celebrations. A joyless email warned students: “Throwing of caps is not permitted due to health and safety”. 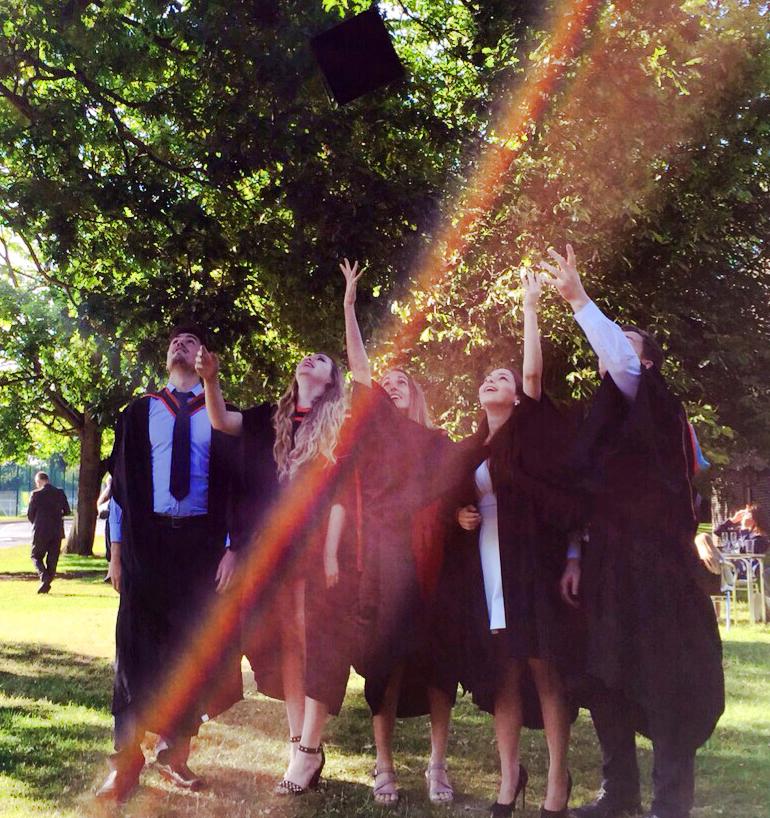 None of this at Birmingham

A spokesperson for graduation gear suppliers Ede and Ravenscroft later told The Tab: “Over the years a number of students have been injured by falling mortar boards”.

People proposing to their girlfriends at graduation

Mate, you’ve proposed to your girlfriend in comic sans

You literally haven’t left campus yet. There’s plenty of time for all that, calm down – and it’s in comic sans.

This guy who’s really showing up your graduation selfie

Professor Hawking was there to support his daughter Lucy, who received an Honorary Doctorate from the uni. Plucky Alex ran across the lawn to grab the selfie after spotting Hawking from afar. 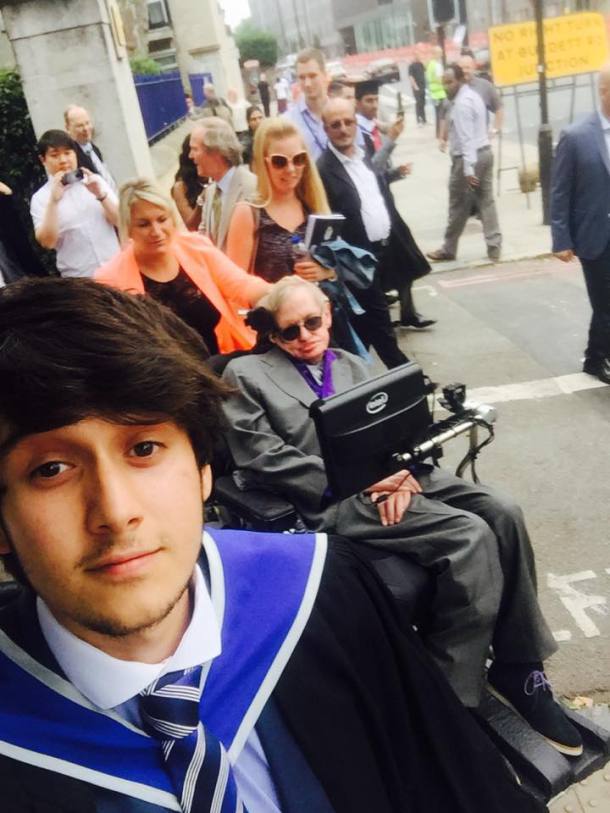 He said: “I saw him across the lawn when he was leaving and I raced over. His bodyguards said no photos, but I just thought, ‘I need to get one’.

“I slyly turned to the right just as he did, and managed to get the selfie quite easily.”

We asked Newcastle girls: ‘What is it really about rugby boys?’