Nature tours aren’t my thing. Neither is forced group activities. So I didn’t have high hopes for the Game of Thrones tour of Northern Ireland.

But my mum is a massive fan of the show and it was her birthday so I agreed to take her.

It was hard to stay positive getting on a tiny bright yellow tour bus in the middle of rainy Belfast at 8am on a Monday, but I thought at least I would get to enjoy being really nerdy and have fun recognising places from my GoT binge-watching.

How wrong I was. 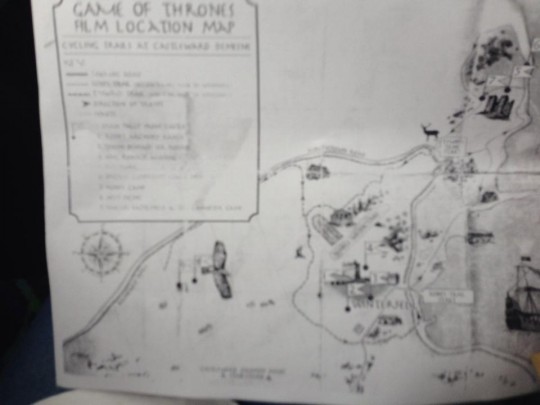 This geeky map promised more than it delivered

But it was pretty fucking grim. For a start it was pissing down rain and there was only six other people on the tour.

Even weirder was that two of these people were Germans, and the day we got the tour was the Monday morning after the world cup final. I could think of better ways to celebrate.

They weren’t even hungover either. I could already tell it was going to be a weird day.

Our tour guide, to be fair, was very perky and nice, and had met Hodor – which is only really considered a feat if you don’t live in Belfast, where half of all the people you know will have bumped into Hodor on a night out at some point in their lives.

The worst part about being in the beautiful Northern Irish countryside is that the signal is fucking awful, so I couldn’t even check Facebook while I looked at some indiscriminate castle ruins and some ducks. 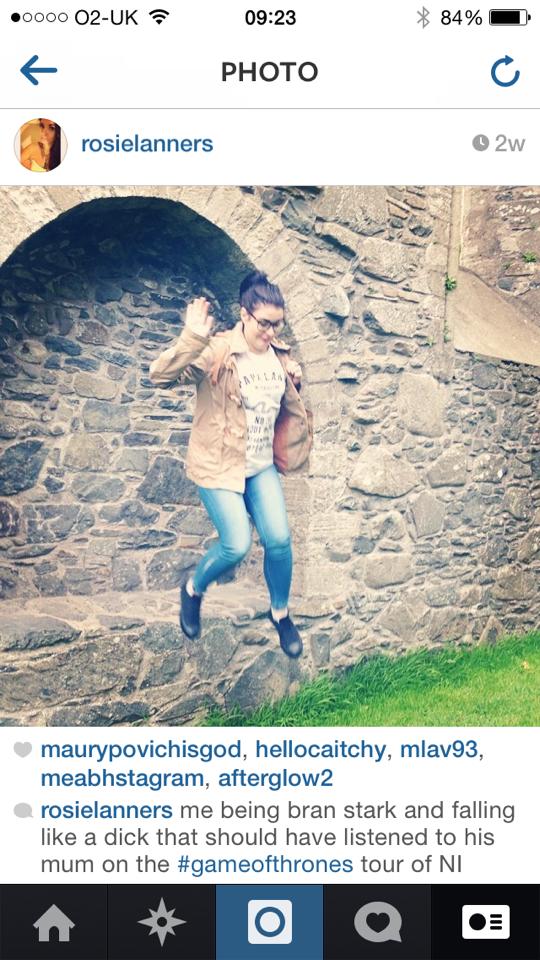 I did get some Instagram likes out of it to be fair.

After the rainy early morning start the first place the tour brought us to was Inch Castle, which is apparently where Ned dies (spoiler alert) and were Catelyn and Rob lose their shit in the woods afterwards. It was basically a ruined castle and for the middle of July it was fucking freezing. 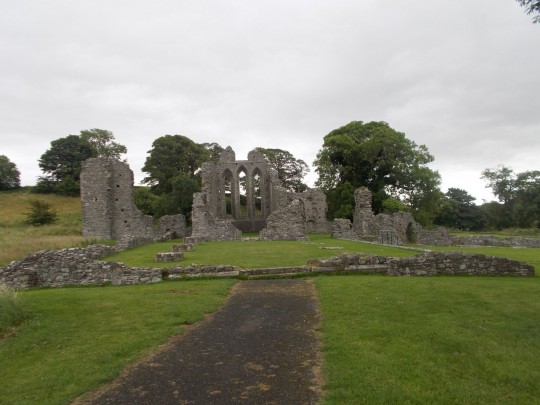 After fifteen minutes of freezing in a field, trying and failing to take selfies, it was back on the grim bus to the next destination where apparently Lord Hoster Tully had his funeral. It was mostly some swans. 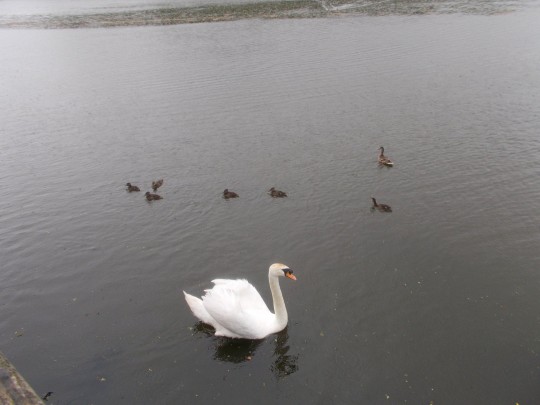 They were quite cute at least

More entertaining than the random GoT locations were the grim Northern Irish locations you get to pass through on the tour. Downpatrick, for instance, is a quaint little place where there’s basically one bar and loads of posters everywhere for an ABBA tribute band called The Bjorn Identity.

The highlight of the whole day was Winterfell, aka Castleward and not this building site.

It looked a lot bigger on TV

There my mum spent too much money on Winterfell currency (apparently the only place you can buy it in the world) and made me feel bad about being unenthusiastic about the trip. 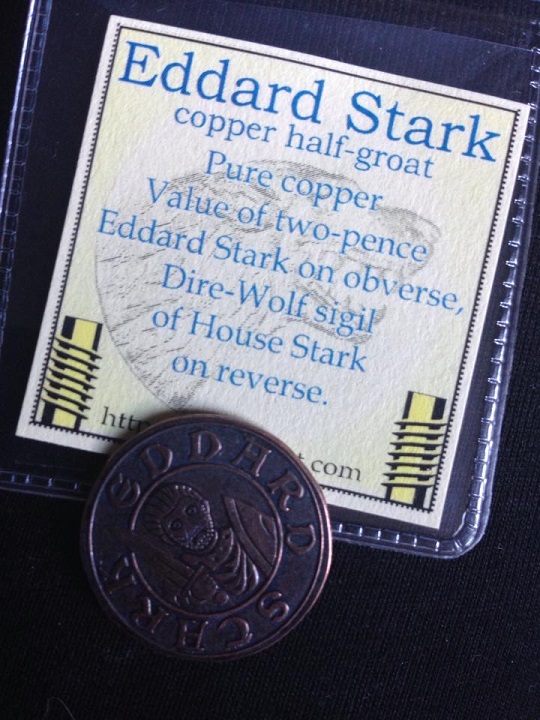 This guy made up for my lack of enthusiasm though. He’s called Rory, and works at Winterfell in this authentic HBO costume, running the archery (which we didn’t get to do because it was a bank holiday Monday and all the men of the Nights Watch were off work) and taking his job really, really seriously. 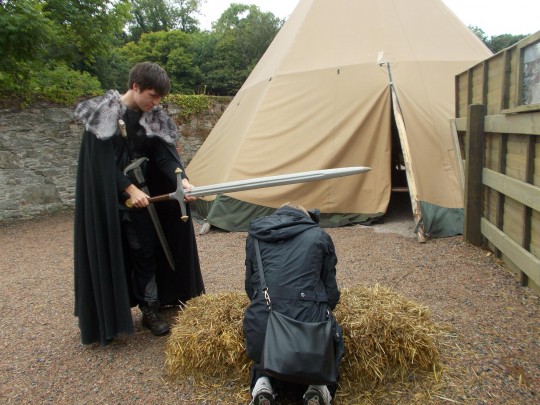 One of the Germans was really into this

He also let me hold this HBO shield which was, admittedly, pretty cool. 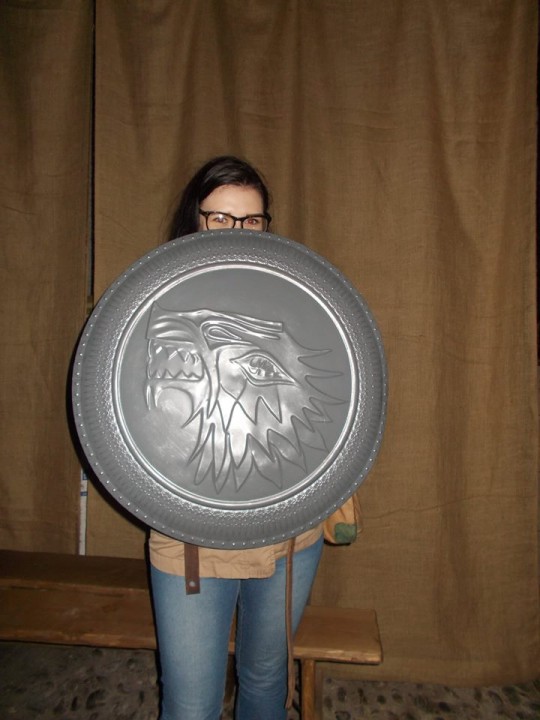 It was really really heavy

But the problem was that was literally the highlight of the day.

After Winterfell, it was another four hours travelling, stopping off briefly to see where the direwolves were found in Tollymore forest, and then having to listen to someone on the tour singing the entirety of the Rains of Castamere acapella on the bus. Painful. 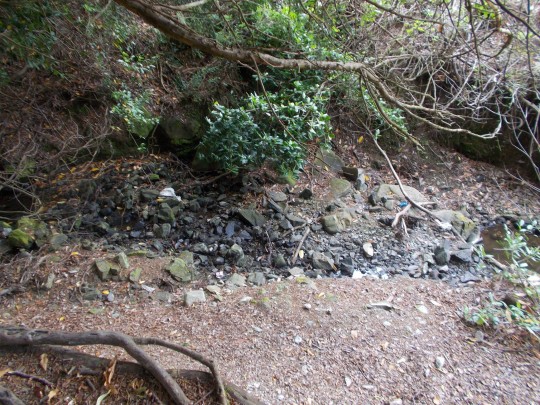 Where the Stark kids found their direwolves. Apparently. Who knows

The entire experience was even more brutal and depressing than the show itself.