Muggle Quidditch? You cannot be Sirius?

Quidditch. Yes, you read that right, as in the thing that Harry Potter plays. Muggle Quidditch is apparently catching on, and Team UK is in with a chance of winning the Quidditch World Cup.

With 700 rules, full contact tackles and a tennis ball in a sock hanging out of someone’s pants, Muggle Quidditch has all the components for a really out-of-hand predrinks. 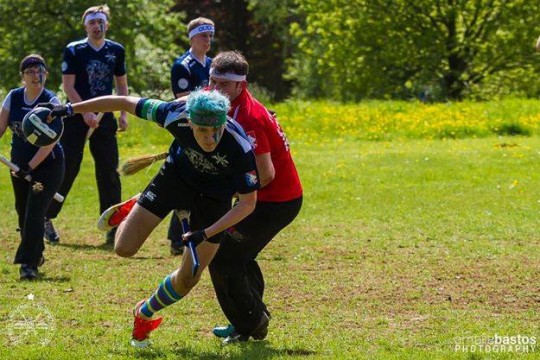 Obviously players need a broom, which they have to keep between their legs at all times. How else could they fly? Chasers have to put the semi-deflated volley ball through the hoops, Beaters throw dodge balls at players who have to touch the hoops if they’re hit, and Seekers have to catch the Snitch. Which is a tennis ball, in a sock, hanging out of someone’s pants. And naturally this person is dressed in yellow. 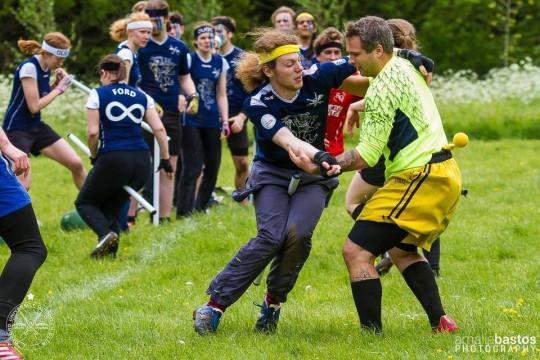 The Tab spoke to Jack Lennard, Captain of the Oxford University ‘Quidlings’ about the sport and, what you’re all wondering, how you go about getting a tennis ball in a sock out of someone’s pants.

He said: “It’s pretty tricky – you’re on a broom and can’t use force against them, and they’re free to run without a broom and can do things like throw you over or take your broom. Not to mention having to fend off the opposing team’s seeker! You can use long limbs and strength, or use agility and speed – lots of different traits can come in handy.”

This version of Quidditch is open to all genders, as Jack told us: “The rules state that a maximum of 4 players of any one gender can be on-pitch for each team at any one time. All we say to people who have preconceptions of the sport is to come down and try it – we guarantee that it won’t be quite what’s expected.” 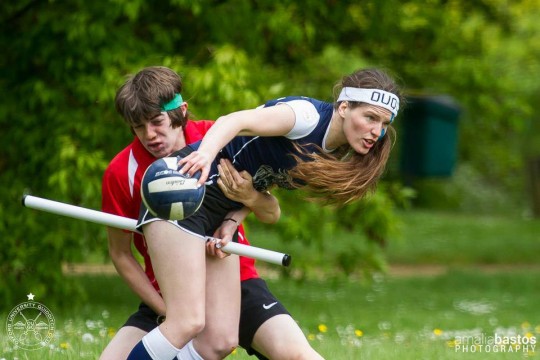 You don’t even have to like Harry Potter to get into it, and let’s be honest, who does any more? Wizards are so noughties.

“A lot of our members love Harry Potter, but a surprising amount have never read the books or seen the films – and what unites them all is that they enjoy the sport, not that they’re fans of the original source material,” Lennard said. 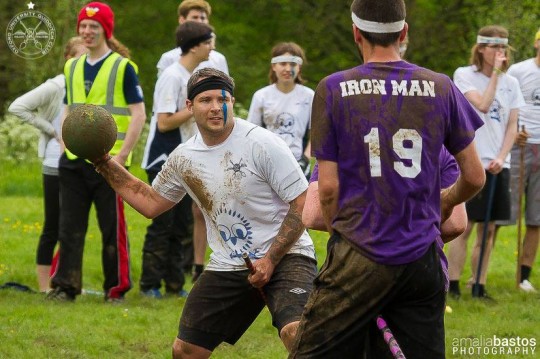 This weekend Team UK, which includes a number of Oxford students, will be playing Mexico, Belgium, Canada, France, Australia and the USA.

Jack is confident about their chances. “They’ve been training impressively together, and I think a lot of the other teams will be quite complacent going into the tournament.” 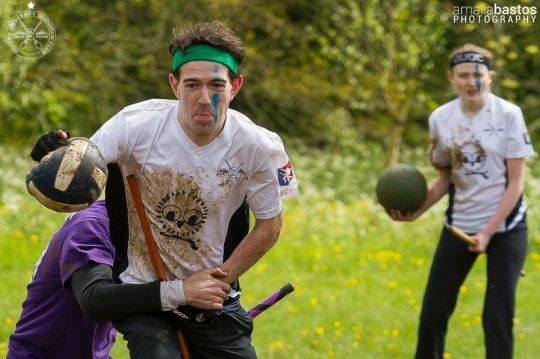 He added: “I think the UK can cause a lot of surprises against the more established national teams of the USA, Canada, and Australia. After this weekend, they proved they have the talent, drive, and experience to cause a big upset.”

Fancy yourself as a regular Ron Weasley? You can get involved here.