The ringleader of a fascist action group which targets students has withdrawn from university.

The leader of Neo-Nazi action group targeting students has dropped out of university to the delight of many students.

Alex Davies, 19, a first year philosophy student at Warwick University was outed as the co-founder of fascist group National Action, which he describes as “like the BNP, but more radical” with 25-year-old Benjamin Raymond.

The elusive Davis, who has no social media presence and is rarely photographed, had asked to quit after he was found in breach of university policy.

Uni spokesman Peter Dunn told The Tab: “The University has been actively examining allegations made in a national newspaper about the activity of a Warwick student which, if true, would be in breach of the University’s dignity at work and study policy.

“The student has confirmed that the substance of the allegations is true and he has asked to permanently withdraw from the University with immediate effect, and his withdrawal has now been actioned.

“The University is committed to ensuring a working and learning environment in which all University members (staff and students) are treated fairly and with dignity and respect.” 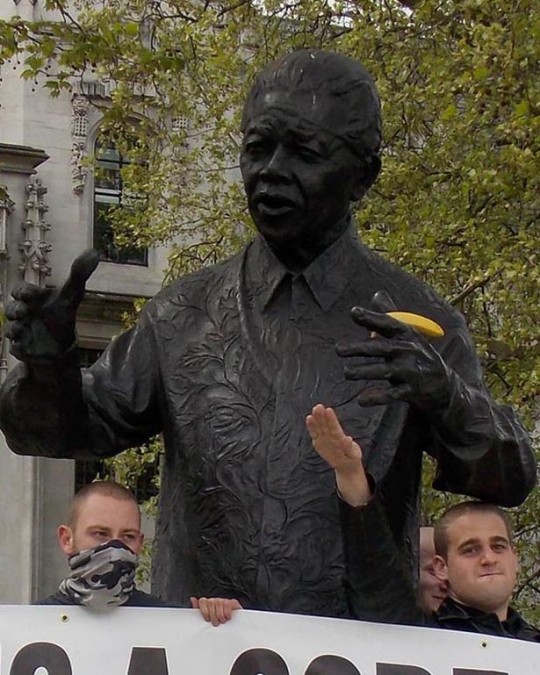 She said: “I think they are absolutely revolting. I’m all for freedom of speech, of course, but that also entails not impinging on other people’s freedoms. It makes me sick that anyone could still have those feelings.

“Davies’ withdrawal shows how clearly Warwick is against (fascist) sentiments. They’re an incredibly welcoming uni, but they’re not going to welcome such beliefs.

“I think the fact that this person went to Warwick University has been taken too far. Davies has nothing to do with Warwick’s beliefs as a whole.”

Students have said the university as a whole should no be unfairly associated with the group’s “revolting” far-right beliefs. 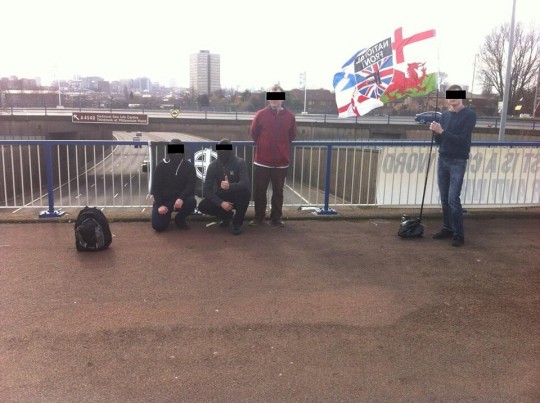 Ed Brown, 19, studies History and French. He thinks that Davies should have left, because “fascism is bad.”

Days before Davies’ departure, hundreds of outraged students of Warwick united with the Warwick Anti-Racism Society outside Senate House to stage demonstrations against fascism, sexism, racism, homophobia and other right-wing views.

Over 100 students took to the streets of  Warwick’s campus to protest against the group. The UCU (University College Union) at Warwick passed a motion in support of these demonstrations, and state that ” there is no place for fascists at Warwick or any other university.”

Davies’ partner, vile 25-year old Benjamin Raymond, openly admits that he loves Hitler, takes inspiration from Mein Kampf, and laughs at the idea of “killing niggers”. The pair would, sickeningly, like to “rid Britain of all Jews and non-whites”, and said that “there is no legitimate reason not to be…a racist in 2014.”

Their website states that they believe that “his country needs a kick in the head –  a good slap so we can get it together.” After a brief stint as a BNP member, Davies, aged just 16, decided BNP was in “disarray”. 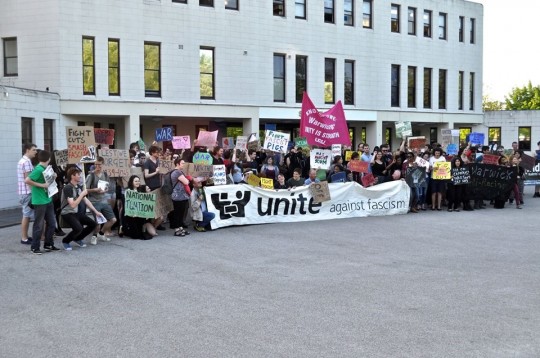 Warwick students have united in solidarity against fascism.

Together, Davies and Raymond have previously staged hate-filled demonstrations in London, Birmingham and Coventry. They have recruited approximately 60 members, targeting predominantly students, as they think that “fresh perspective through a fiery youth culture” is the best way to get their views heard.

Their website is aimed at white youths between the ages of 15-29. However,  National Action’s “reign of terror” may be set to dwindle out following Davies’ withdrawal from university.

In spite of all of this, National Action reassure us in one of their promotional videos that they are “really nice people once you get to know them.”

Catch one of National Action’s videos below…