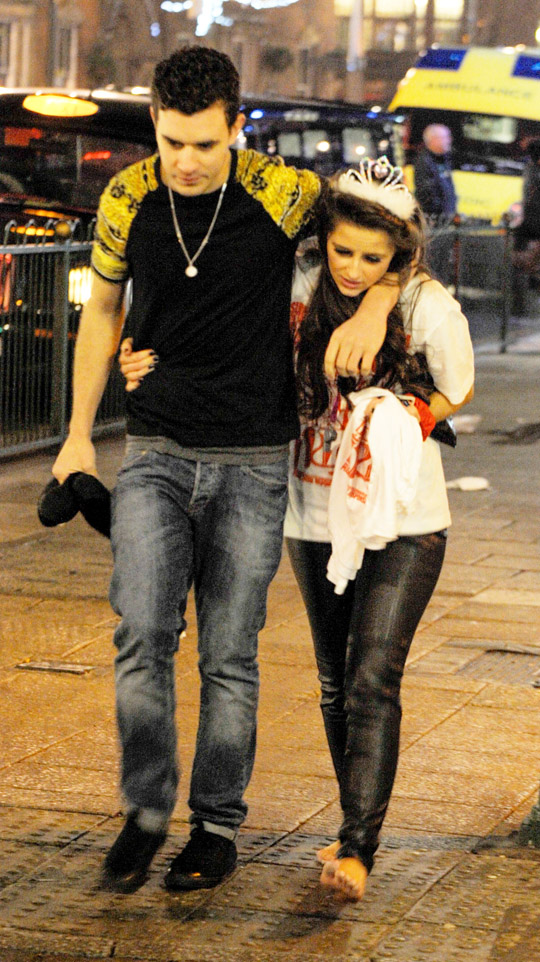 You have to be a moron to go to Carnage

We’ve long believed it about the popular bar crawl but after four Cardiff girls beat up a homeless person, we guess it’s official: the only people who like Carnage are twats

Last weekend, a group of girls from Cardiff University on a Carnage bar crawl physically and verbally assaulted a homeless person.

The gang of four students were already extremely drunk by 10pm after just two bars on the crawl, and took exception to being asked for any spare change by the man.

After screaming ‘get a fucking job’ at him, they dragged him to the ground and hit him repeatedly.

homeless man beaten by students in Cardiff during #carnage for asking for change. alcohol is no excuse for unkindness pic.twitter.com/6Rwex5Yugh

On the floor and crying in pain, the helpless man was then kicked in the face by one of the girls, while others pulled down his trousers and underpants.

Fortunately, the unmotivated attack left the victim with nothing worse than a bloodied nose and injured pride.

As news of the attack broke, people across the country largely reacted with a mixture of shock and surprise: why on earth are university students acting like this? To students though, the answer is obvious: Carnage was in town. 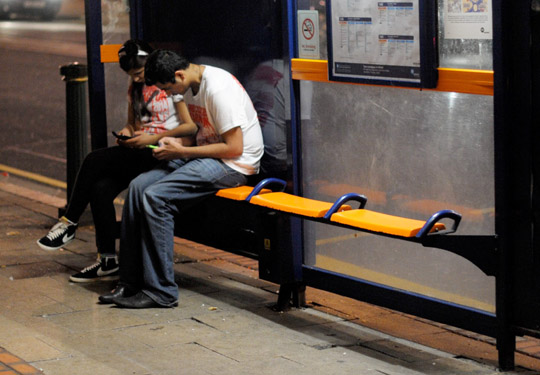 Passed out in the street: about as common at Carnage as 2-4-1 drink deals

By now, you’ll have heard of Carnage. The touring bar crawl would be notorious even if the worst thing it did was leave the streets of each city it visits lined in alcohol-induced piss and vomit. The violent outbursts, open misogyny, and sexualised fancy-dress themes the event also inspires are merely a bonus.

Playboy bunnies is one of the more common themes at Carnage

Even at universities like Cardiff that are full of supposedly bright, well-adjusted students (that’s what the Guardian thinks anyway), the arrival of Carnage in town is akin to an air raid shelter siren, warning all those people to stay the fuck away from town for an evening.

In their place, morons, imbeciles, and the truly vile fill the vacuum and in doing so make enough noise to confirm every Daily Mail reader’s darkest fears about the ‘youth of today’.

This is why it shouldn’t be considered surprising when terrible things happen at Carnage: the whole thing’s so awful that you have to be an awful person to be there in the first place.

Why else would you be giving money to a company that doesn’t see a problem with a ‘Pimps and Hoes’ fancy dress theme or with punching the elderly? The whole thing is so offensive and distasteful, and drenched in Cheeky Vimto-flavoured FHM laddery you can’t even enjoy it ironically. 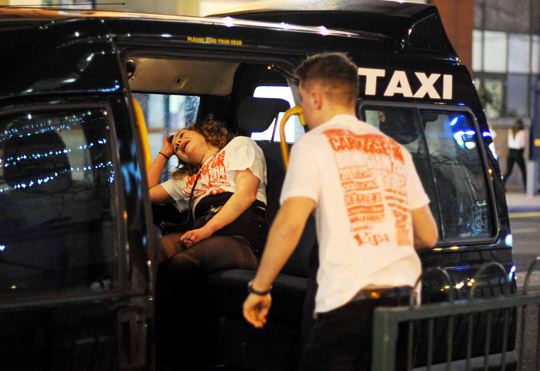 Is this your idea of fun? Honestly?

Thing is though: it’s not. If it was the brain-child of a sexually frustrated promoter striving for BNOC status, the whole rotten affair would at least be slightly understandable.

Instead, it’s run by a 35-year-old languages graduate who lost his right to represent the interests of students over a decade ago. 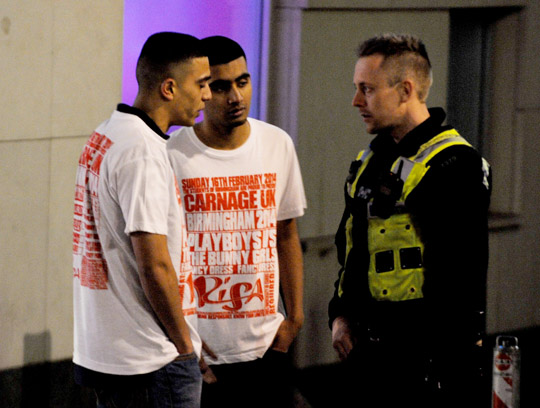 Something tells me they aren’t talking about Descartes

The fact its creator and organiser is so distant from university life goes a long way to explaining the hollow emptiness at the heart of Carnage. It’s idealised fluff, drawn from the images of teen movies, music videos and a middle-aged opinion of what ‘youths’ must be into these days.

Failing to realise this, the people who buy into Carnage are only doing so because they’re insecure enough about whether they’re not a ‘real’ student that they feel a need to play the part for just one night so they can say that they tried it.

Rather than embrace university as a chance to constantly experiment with who they are and what they stand for, they live in a shell for three years and think ‘going mental’ at Carnage constitutes having the complete university experience.

But it doesn’t. It’s a corporately sanitised version of the ‘let’s go fucking mental’ attitude. Going to Carnage doesn’t mean you’re rebelling against the system, alternating your choice of VK flavour isn’t a counter-cultural act, and wearing blackface for fancy dress, as one Carnage-goer did this weekend in Cardiff, doesn’t make you subversive.

To make matters worse, these people come to represent the wider student community in the eyes of the rest of the country. Binge-drinking is actually going down, but government busybodies are still worried about how much young people are drinking because twats like these make their way into the national papers.

Carnage has such a damaging impact on the reputation of students that the sight of a Carnage bar crawl swarming from one offensively neon-coated bar to another is like stumbling across a piece of improvised street theatre that’s also the most damning indictment of Tony Blair’s decision to widen participation in higher education that has ever existed.

That’s why Carnage is so hard to ignore. Sure, we all know better, but while we’ll roll our eyes and shake our heads when someone tells us that Carnage is coming to town, enough people are buying into this sexualised leer-fest to keep it going.

All that said, there is at least one benefit to living in a world where Carnage exists: it helps you avoid making friends with any idiots. If someone asks if you’ve bought your Carnage t-shirt yet, that’s as sure a sign as any to walk away, stop hanging out with them, and to never, under any circumstances, ask them if they’ve got any spare change.